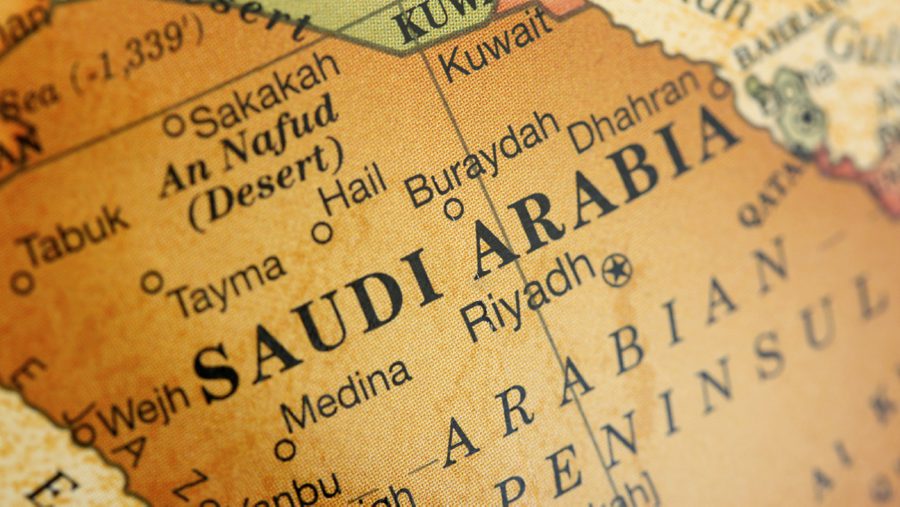 Last week’s mass executions in Saudi Arabia suggest panic at the highest level of the monarchy. The action is without precedent, even by the grim standards of Saudi repression. In 1980 Riyadh killed 63 jihadists who had attacked the Grand Mosque of Mecca, but that was fresh after the event. Most of the 47 prisoners shot and beheaded on Jan. 2 had sat in Saudi jails for a decade. The decision to kill the prominent Shia cleric Nimr al-Nimr, the most prominent spokesman for restive Saudi Shia Muslims in Eastern Province, betrays fear of subversion with Iranian sponsorship.

Why kill them all now? It is very hard to evaluate the scale of internal threats to the Saudi monarchy, but the broader context for its concern is clear: Saudi Arabia finds itself isolated, abandoned by its longstanding American ally, at odds with China, and pressured by Russia’s sudden preeminence in the region. The Saudi-backed Army of Conquest in Syria seems to be crumbling under Russian attack. The Saudi intervention in Yemen against Iran-backed Houthi rebels has gone poorly. And its Turkish ally-of-convenience is consumed by a low-level civil war. Nothing has gone right for Riyadh.

Worst of all, the collapse of Saudi oil revenues threatens to exhaust the kingdom’s $700 billion in financial reserves within five years, according to an October estimate by the International Monetary Fund (as I discussed here). The House of Saud relies on subsidies to buy the loyalty of the vast majority of its subjects, and its reduced spending power is the biggest threat to its rule. Last week Riyadh cut subsidies for water, electricity and gasoline. The timing of the executions may be more than coincidence: the royal family’s capacity to buy popular support is eroding just as its regional security policy has fallen apart.

For decades, Riyadh has presented itself as an ally of the West and a force for stability in the region, while providing financial support for Wahhabi fundamentalism around the world. China has been the kingdom’s largest customer as well as a provider of sophisticated weapons, including surface-to-surface missiles. But China also has lost patience with the monarchy’s support for Wahhabi Islamists in China and bordering countries.

According to a senior Chinese analyst, the Saudis are the main source of funding for Islamist madrassas in Western China, where the “East Turkistan Independence Movement” has launched several large-scale terror attacks. Although the Saudi government has reassured Beijing that it does not support the homegrown terrorists, it either can’t or won’t stop some members of the royal family from channeling funds to the local jihadis through informal financial channels. “Our biggest worry in the Middle East isn’t oil — it’s Saudi Arabia,” the analyst said.

China’s Muslims — mainly Uyghurs in Western China who speak a Turkish dialect — are Sunni rather than Shia. Like Russia, China does not have to worry about Iranian agitation among Shia jihadis, and tends to prefer Iran to the Sunni powers. As a matter of form, Beijing wants to appear even-handed in its dealings with Iran and Saudi Arabia, for example in recent contacts between their respective navies. Chinese analysts emphasize that Beijing has sold weapons to both — more in absolute to terms to Iran but more sophisticated weapons to the Saudis.

More pertinent than public diplomacy, though, is where China is buying its oil.

Nonetheless, China’s oil import data show a significant shift away from Saudi Arabia towards Russia and Oman (which China considers part of the Iranian sphere of influence). Russia’s oil exports to China have grown fourfold since 2010 while Saudi exports have stagnated. Given the world oil glut, China can pick and choose its suppliers, and it is hard to avoid the inference that Beijing is buying more from Russia for strategic reasons. According to Russian sources, China also has allowed Russian oil companies to delay physical delivery of oil due under existing contracts, permitting Russia to sell the oil on the open market for cash — the equivalent of a cash loan to Russia.

China’s interests in Syria coincide with Russia’s. Both have reason to fear the growth of ISIS as a magnet for their own jihadis.  Thousands of Chinese Uyghurs make their way into Southeast Asia via the porous southern border of Yunnan province, with financial assistance from Saudi supporters and logistical support — including passports — from local Turkish consulates. Chinese Uyghurs were implicated in the bombing of Bangkok’s Erawan Temple last August, and have linked up with ISIS supporters as far south as Indonesia. Turkey reported last month that most jihadists crossing its border into Syria to join ISIS are Chinese Muslims.

With Kurdish and allied forces gaining control of Syria’s border with Turkey, aided by Russian air support, Chinese Uyghurs may lose access to Syria. Late in December Kurdish forces crossed to the western bank of the Euphrates River and are in position to link up with Kurdish militias in northwestern Syria, eliminating Turkish hopes of a “safe zone” controlled by Turkey on the southern side of the Syrian border. For its part, Turkey risks paralysis from a low-intensity civil war with its Kurdish population. The Kurdish-majority southeast of the country is under siege and fighting has spread to Turkey’s western provinces.

It’s an ill wind that blows nobody good, and China seems hopeful that it has contained its jihadist problem. On New Year’s Day, the Communist Party leader in China’s Xinjiang province declared that “the atmosphere for religious extremism has weakened markedly.”

China is extremely reluctant to commit military forces to overseas conflicts, and its military is ill-prepared to do so even if Beijing were to change its mind. The People’s Liberation Army lacks ground attack aircraft like the two squadrons of Russian Su-24 and Su-25 deployed in Syria. Nonetheless, Beijing is happy that Russia is reducing ISIS forces in Syria as well as Saudi- and Turkish-backed Sunni Islamists like the Army of Conquest.

It will be hard to evaluate the success of Russian bombing in Syria until the dust settles, but there is a great deal of dust in the air. According to Israeli sources, Russia is dumping vast amounts of its Cold War inventory of dumb bombs on Syrian Sunnis with devastating effect. The Russian bombing campaign makes up in volume what it lacks in sophistication, killing far more civilians than Western militaries would tolerate, but changing the situation on the ground. That explains Russian President Vladimir Putin’s newfound popularity among world leaders. He is doing their dirty work.

Saudi Arabia’s proxies in Syria are in trouble. Early in 2015, the Army of Conquest (Jaish al-Fateh), a coalition of al-Qaida and other Sunni Islamists backed by the Saudis, Turks and Qataris, had driven the Syrian army out of several key positions in Northwest Syria, threatening the Assad regime’s core Alawite heartland. The coalition began breaking up in November, however, and the Syrian Army recently retook several villages it had lost to the Army of Conquest. One of the Army of Conquest’s constituent militias, Failaq al-Sham, announced Jan. 3 that it was leaving the coalition to defend Aleppo against regime forces reinforced by Russia.

Everything seems to have gone wrong at once for Riyadh. The only consolation the monarchy has under the circumstances is that its nemesis Iran also is suffering from the collapse of oil revenues and the attrition of war. Iran began withdrawing its Revolutionary Guard forces from Syria in December, largely due to high casualties. The high cost of maintaining the war effort as Iran’s finances implode also may have been a factor. Iran’s Lebanese Shia proxy, Hezbollah, has suffered extremely high casualties, virtually neutralizing its whole first echelon of combat troops. And Russia has shown no interest in interfering with Israeli air strikes against Hezbollah.

The oil price collapse turns the competition between Saudi Arabia and Iran into a race to the bottom. But the monarchy’s panicked response to its many setbacks of the past several months raises a difficult question. In the past, the West did what it could to prop up the Saudi royal family as a pillar of stability in the region, despite the Saudis’ support for jihadi terrorism. Soon the West may not be able to keep the House of Saud in power whether it wants to or not.

Originally published in Asia Times on January 3, 2016.  Republished with permission.

David P. Goldman (aka Spengler) is Senior Fellow at the London Center for Policy Research, Associate Fellow at the Middle East Forum, and author of How Civilizations Die (and why Islam is Dying, Too).