Speak Up. Tell the Truth Even When It Might Hurt You. Especially Then. 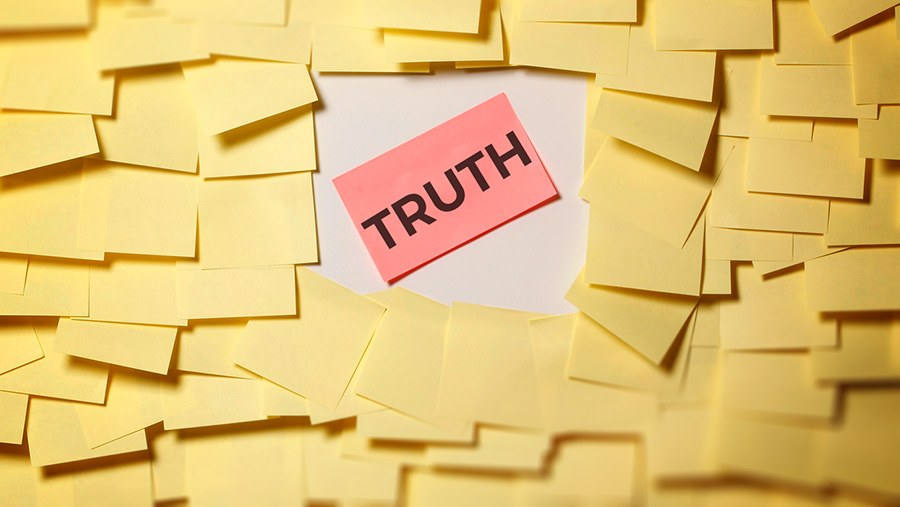 Tell the truth when telling it might hurt you. And it can. Boy, can it. God will be honored, the Church and the world will be served, and you will feel better about yourself. You might have fewer friends and more enemies, but so did Jesus.

I say this looking in a mirror. I can think with shame of times someone around me sneered at the Faith and I didn’t say anything. Just the other day a Facebook mob trashed a friend for being a different kind of Christian than they are, and I didn’t come to her defense.

Keeping quiet was easier than a painful argument in which everyone else would attack me. It was easier to click away than face people coming at me with the glee of the lion who trots into the arena to find a chubby Christian chained in the middle.

Stay Out of the Closet

We’ve had lots of chances to get hurt for Jesus’s sake. Life gives us a training ground for martyrdom. It gives us the office atheist and the neighborhood gossip. We’ll be sitting at dinner when someone slanders black people or poor people or Jewish people, and some people nod. Most of us have had the boss who wants you to lie or cheat and the group that expects you to go along to get along. We can speak up or we can stay silent. It’s all practice for standing up for the Lord — or for denying Him.

— from Could You Be a Martyr?

Princeton professor Robert P. George once posted on his Facebook page a conversation with a “closeted conservative colleague.” He could have said “closeted Christian colleague.” George famously speaks for his Faith in public with the confidence that it’s true. His “CCC” colleague makes excuses for keeping his views to himself.

“There is a certain moral hazard in not speaking your mind,” he told his friend. “As scholars, we’ve got a special obligation to truth and a vocation to truth-telling. Of course, everybody has a basic obligation to honor the truth, as best they grasp it, but our obligation is even more central to who we are. So, speaking for myself, I don’t see what the point of being a scholar is if we’re not willing to speak the truth as best we understand it.”

Though he doesn’t mention it, George has paid a price for his witness. For one thing, he had to fight for tenure despite a stellar teaching and writing record.

I’m not asking others to do what I haven’t. As an Episcopalian working at an Episcopal seminary some years ago, my writing about the state of the Anglican world prompted regular letters to the dean demanding he fire me. Some writers threatened the school. Being the sole support for a wife and four children, I couldn’t take these as minor threats. I kept writing because I did not want to be ashamed of myself when I got older. I did not want my children to be ashamed of me either. (My speaking out wasn’t all that virtuous, I should admit. It was partly a matter of a writer’s pride and a contrarian personality, but that’s a subject for another day.)

Speaking as a Christian

Our world needs more, though. A lot more. It needs the minor voices: the unknown academics, the writers of modest readership, the parish clergy, the articulate laymen. It needs to hear from all those who don’t habitually speak. Our world needs us. You, to be specific, and me.

We can’t offload our responsibility onto the major voices, not least because so many of them won’t pay the costs of speaking. They have their excuses, like “I can’t do any good if I’m not in office” and “I work better behind the scenes” or “I’m a stealth Christian.” As George said on his Facebook post, they have to answer their own consciences.

Imagine the office atheist knowing a thoughtful Christian might challenge him. Picture the faculty bully trying to harass a Christian student group suddenly aware that many of his colleagues will speak for them. Imagine the neighbor who calls for total war against Muslims confronted with a Christian who knows just war theory, and the loud guy at the bar who thinks the poor deserve it having to answer someone who understands poverty and classical Christian social teaching.

Our world needs the minor voices: the unknown academics, the writers of modest readership, the parish clergy, the articulate laymen. Our world needs us. You, to be specific, and me.

They’ve flourished because no one argues with them. Faced by people who can challenge them, they might keep their own heads down. They might speak with less certainty. They might even speak in a way that encourages real conversation.

Even if the speakers don’t retreat, even if they get worse, someone needs to challenge them lest the truth appear to lose by default. Other people notice what’s not said, and adjust their thinking accordingly. When no one defends Christianity against attack, people assume Christians don’t care. When no one bothers to make a case, they think we don’t have a case to make.

One Voice Can Shift a Conversation

Tell the truth when telling it might hurt you. That by itself is an act of kindness and charity. It’s a witness the world needs. You might be surprised at what effect you can have, just by speaking up. Think how one Christian speaking up will encourage some and embolden others to speak, and help others to see what they hadn’t seen before. One voice can begin to shift the whole conversation.

The effect would eventually percolate up and change the public debate. A rising tide of witness lifts all boats.

David Mills, a Stream senior editor, is a writer and the editor of the Hour of Our Death site, part of the Memento Mori Project. Follow him on Twitter at DavidMillsWrtng. This article is adapted from the author’s “Tell the Truth When It Might Hurt You,” one of his weekly columns for the Catholic site Aleteia.

Be Honest, Secularists, You Know He Might Have Risen