Some New Zealanders With Covid Could Be Eligible for Assisted Dying

The push for assisted suicide is really a corruption of compassion. 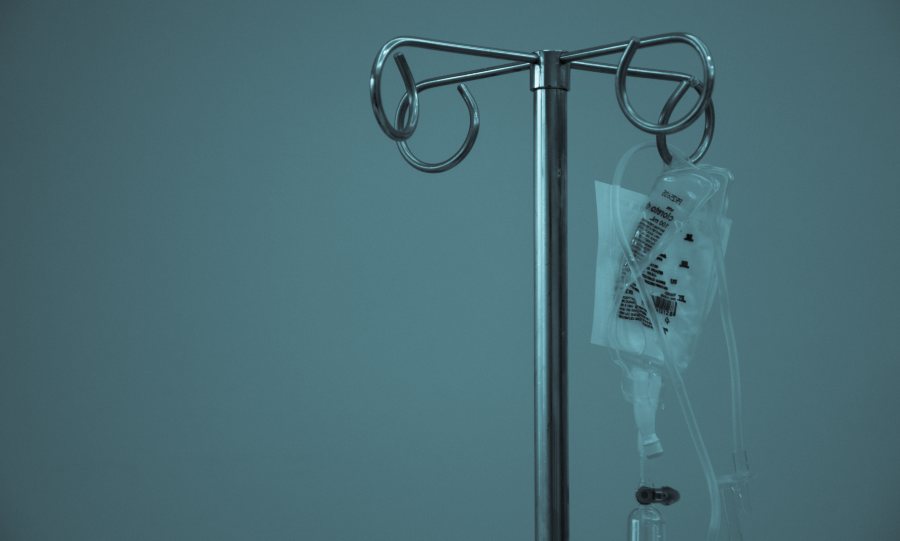 When the Covid-19 pandemic began last year, I speculated in MercatorNet that “Perhaps a healthy by-product of the pandemic will be to renew our emphasis on caring for others. The widespread death toll of the virus forces us to recognize the preciousness of all lives and the tragedy of all deaths. By choosing to invest in fighting this horrifying disease, a potential beneficial by-product may be to reestablish the kind of moral values that created our society and remain the basis of a just society.”

A new interpretation by the Ministry of Health in New Zealand of its recently enacted assisted suicide law is proving me wrong. The New Zealand government declared “in some circumstances a person with Covid-19 may be eligible for assisted dying.”

The rationale for this decision was the Ministry’s definition concerning the statutory criteria that to be eligible for assisted dying, “a person must have a terminal illness that is likely to end their life within six months.” Such determination is made by the “attending medical practitioner and the independent medical practitioner.” Thus, the determinative factor as to the prognosis of the patient is the subjective judgments of two medical professionals. DefendNZ, a pro-life group which released the opinion of the Ministry of Health, quotes National MP Simon O’Connor, who observed that the New Zealand End of Life Choice Act places “far too much [discretion] into the judgment of the doctor.”

How often are such determinations correct? A major problem when physicians “play G-d” and make life or death decisions is the unpredictable and often inexplicable reality of recovery. All too often we hear stories of Covid-19 patients who leave the hospital with so-called miraculous recoveries.

Daniela J. Lamas, a pulmonary and critical care physician at Brigham and Women’s Hospital in Boston, confirms this moral dilemma. She wrote in the New York Times last year: “There are patients whose very survival process proves us wrong.” She backs up this statement by referring to the case of a young father with Covid-19 whose condition involved a “cascade of complications, including pneumonia, sepsis, and devastating bleeding.”

“By the time I met him, he had been deeply sedated for more than a month and was attached to a ventilator and a lung bypass machine to keep him alive. As the days and then weeks passed, it became clear to all of us in the I.C.U. that the damage to his lungs was not survivable. He was dying. His family started to prepare themselves to say goodbye, but they asked us to wait a few more days before we took him off the machines. Now a year later, he is still recovering but is at home and with his family, and I marvel over the photographs they send me.”

Numerous other examples of prognostic error exist. For example, the family of Tionna Hairston, A Covid-19 patient at the Novant Health Rehabilitation Center in Winston-Salem, North Carolina, suffered a stroke and cardiac arrest as a by-product of her Covid-19 illness. Her family was told that “her brain damage was so great that she had a couple of days at the most. If she did make it past two days, she would be a vegetable.” Subsequently, her kidneys and liver failed. However, rather than “pulling the plug,” the family believed in their daughter’s will to live and chose to keep her on life support. After a period of time, she was able to get off the ventilator and regained functionality in her kidneys and liver. At last report, she continues to improve.

Another example is that of Curtis Sims, a Covid-19 patient from Duncan, Oklahoma, who was described as “having coded many times.” Thus, the family was called into the hospital to potentially say goodbye. (Interestingly, the patient had apparently signed a “Do Not Resuscitate” order to only revive him twice.) Nevertheless, he survived several cardiac arrests, multiple organ failures (including his kidneys), a medically induced coma, and being on a ventilator.

Doctors Don’t Have Certainty on Who Won’t Recover

Covid-19 is not lethal to all patients and there is no certainty that a patient who acquires Covid-19 and incurs other life-threatening illnesses as a result thereof will die from such infections within the following six months. Nevertheless, New Zealand authorizes a legalized killing for those who were diagnosed as (a) dying from the coronavirus or (b) suffering unbearably from its consequences.

The New Zealand interpretation creates a contagion of killing, which travels far beyond the “limits” initially intended by the proponents of the legislation. One vector for the contagion of sanctioned killing is the vagueness of the terms in which the conditions for termination of life are expressed.

The experience of Canada with assisted suicide laws indicates how these laws can easily be extended. In the 2017 case of A.B v. Canada, a court held that physician-assisted suicide may go forward as long as a medical professional considers “all of a particular person’s medical circumstances.” One wonders in what sort of life-threatening case death could not be reasonably foreseeable under such a loose standard. Building upon the Canadian model, the New Zealand ruling abandons people at their most vulnerable. Once the command “Thou shalt not kill” is set aside, the contagion of such termination of life quickly spreads elsewhere.

The Pandemic Affecting Risk of Suicide

As opposed to the New Zealand edict, Renato Oliveira e Souza, head of the Mental Health Unit at the Pan American Health Organization (PAHO), warned that the Covid-19 pandemic has exacerbated the risk factors associated with suicidal behaviors. He argued that rather than giving unbridled license to physicians to kill their patient, “We need concrete action … for governments to create and invest in a comprehensive national strategy to improve suicide prevention and care.”

Interestingly, as of December, just 96 of New Zealand’s 16,000 doctors have offered to participate in implementing the new directive and all but one of the nation’s 32 hospices have indicated they will not permit sanctioned killing.

A professor of palliative medicine in the UK’s House of Lords, Baroness Ilora Finlay of Llandaff, observes that: “It is bizarre that a country which has been trying to protect its citizens by closing down completely from a virus from which people can fully recover…is now suggesting that these patients should be killed by their doctors.” Such a procedure “turns the ethos of medicine on its head. … You really cannot predict death 100 percent. So why not support them while they are dying and leave the door open in case they are in the group that defies all odds and recovers completely.”

The push for assisted suicide is really a corruption of compassion. True compassion requires recognizing what followers of the Abrahamic faiths (Judaism, Christianity, and Islam) have long recognized: human life is animated by the soul, fashioned by G-d in the image of G-d. Life has been given to the human in trust, and it can only be protected and respected by following the universal ethical values of the Noahide Code, a set of principles at the root of the world religions.

Secular humanists have developed a dogma that now places the state above G-d’s commandments and the Judeo-Christian beliefs predicated upon such commandments. Permitting assisted death does not just harm those who are killed. It also harms those who are forced to kill.

Those who object often suffer legal consequences or are forced from their profession. Legislation in some jurisdictions authorizing sanctioned killing forces physicians who oppose personal involvement in such a procedure to “effectively refer their patients to another physician who will kill.” Alex Schadenberg, international chair of the Euthanasia Prevention Coalition, explains, “That means a specific referral either to someone who will do it or someone who will arrange it. Either way, it’s a referral for the purpose of death.” Such a provision denies conscience rights to medical professionals who do not understand killing to be part of their craft.

This right to life recognizes the sanctity of life. It is premised upon a fundamental moral principle of the three Abrahamic faiths that in turn is based upon the seven Noahide Laws provided by G-d to Noah after the flood. Such Code sets forth the principle that every life is a precious moral gift.

Because the right to life is designed to prevent an arbitrary deprivation of one’s life, many governments throughout the world have written it into their basic laws. The interpretation concerning Covid-19 by New Zealand‘s Ministry of Health of its own government’s “End of Life Choice Act” contravenes this widely approved principle.

Arthur Goldberg is the former co-director of the American based Jewish Institute for Global Awareness (JIFGA). JIFGA formerly sponsored Funding Morality, a crowd-funding site for those committed to Biblical values. He has authored Light in the Closet: Torah, Homosexuality, and the Power to Change. You can contact him at [email protected] Article originally published at mercatornet.com. Reprinted with permission.