Astonishing: Socialist AOC Thinks Government Will Save the Churches 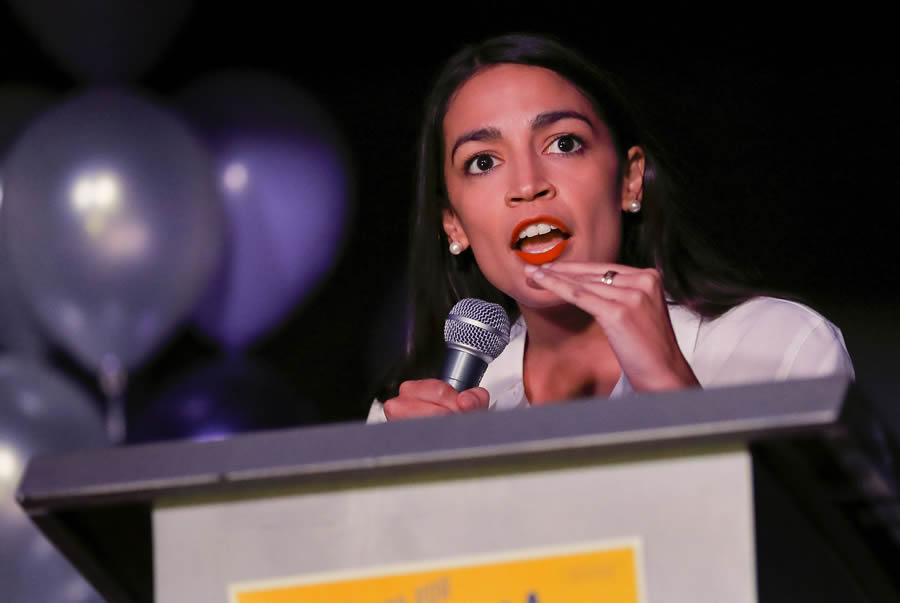 Alexandria Ocasio-Cortez says “thoughts and prayers” are useless to protect people from violence in places of worship. We need policy change instead. I’ve got a simpler idea. If prayer is that empty, if we need government to take care of us instead, let’s just tear down all the houses of worship. That’s what AOC’s socialist predecessors did.

Just look at her view of religion and government in these recent tweets:

(“Thoughts and prayers” is reference to the NRA’s phrase used to deflect conversation away from policy change during tragedies. Not directed to PM Ardern, who I greatly admire.)

“Thoughts and prayers,” she says, is “the NRA’s phrase used to deflect conversation away from policy change during tragedies.” But obviously this is a commonly-used English phrase that doesn’t descend from an NRA campaign. Still, I know at least one other prominent politician who’s had his careless moments on Twitter.

But she really does go too far when she says “thoughts and prayers” is “used” in times of tragedy to “deflect conversation” from what really matters. In other words, when you or I promise to pray for a tragedy, that’s nothing more than rhetorical manipulation. That’s really quite a contemptuous thing to say.

Except AOC takes it even further than that. Apparently in her view, the phrase “thoughts and prayers” isn’t about thinking or praying at all. It’s about deflecting conversation from what really matters. The prayer part, in particular, isn’t about connecting with God (as Katrina Trinko has explained it is, in answer to the same tweets). No, it’s just (bad) politics in disguise.

Savior of the Church?

I’m sure AOC would insist she didn’t really mean to suggest such a thing. She’d tell us what great respect she has for everyone’s religious beliefs, and that she’d never denigrate any religion. She would produce all the expected “tolerant” answers.

And yet she tweeted what she tweeted. The pews aren’t safe, she says, and prayer is no help. We need “policy change.” So Jesus isn’t the Savior of the Church. Government can be the only savior of the churches.

Jesus isn’t the Savior of the Church (on her view). Government will be the savior of the churches.

She even tweeted, “At 1st I thought of saying, ‘Imagine being told your house of faith isn’t safe anymore.’ But I couldn’t say ‘imagine’,” she says — because of three church shootings in America. She needed that for her examples?

Government is Not Our Savior

Guns can be dangerous — that’s what they’re made for — but it took socialism to kill people by the tens of millions. And socialism has destroyed thousands of times more mosques and churches than criminal shooters have ever made unsafe.

We don’t need gun-control law nearly as much as we need government-control law. Thankfully we have it, in the form of our Constitution’s separation of powers and Bill of Rights, which includes the Second Amendment.

But we still need to defend it — especially against some of our own members of Congress, who ought to know better than they do.

Will America Swallow the Bitter Pill of Socialism?