Skillet’s John Cooper: Christ Has ‘Dominion’ Over Fear and Doubt

One of best-selling rock bands of the 21st century, Skillet has a bold message in their latest album Dominion climbing the charts. 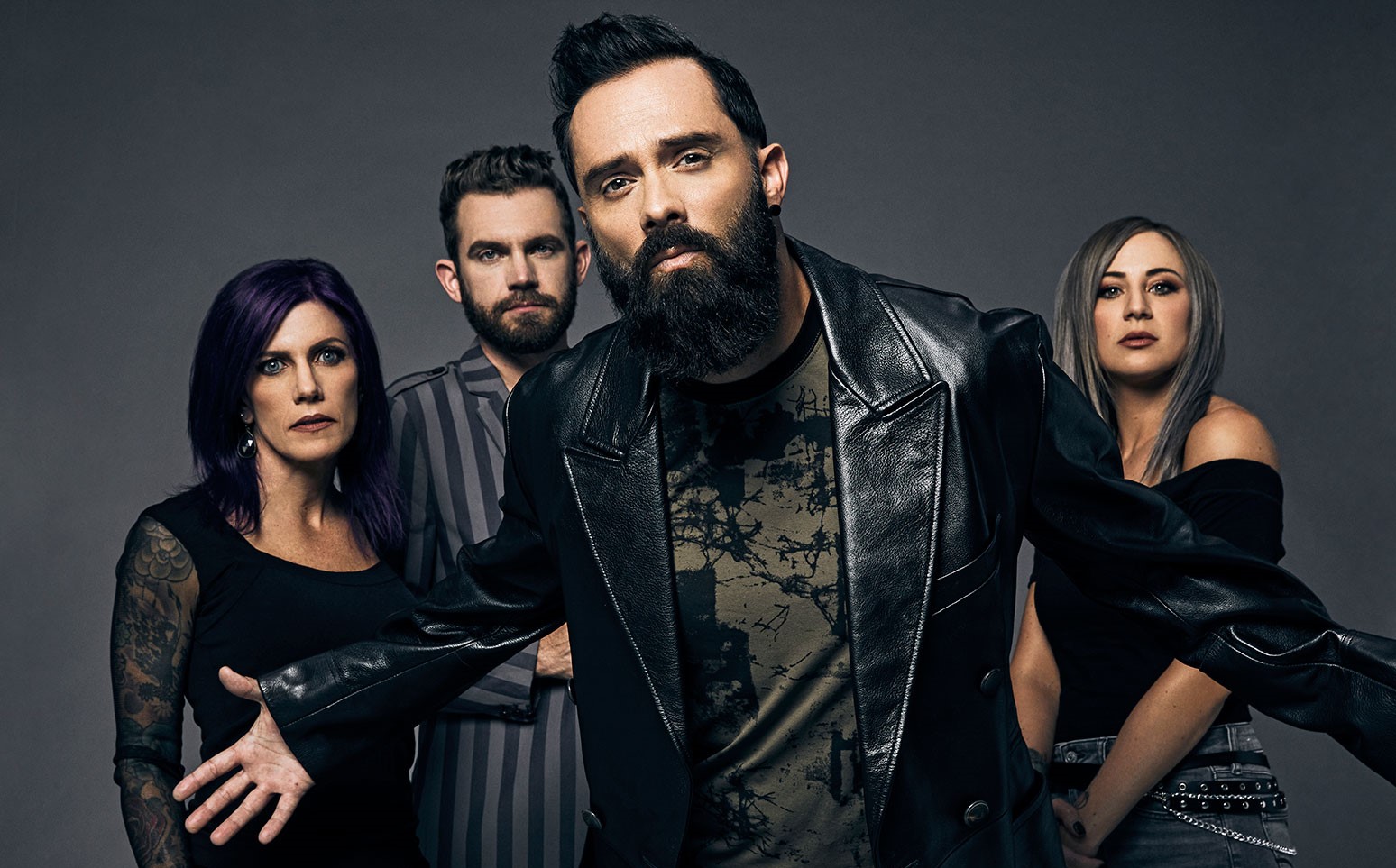 “When I look around the world right now, I do not see a sound mind.”

Any rock star on the planet could’ve said those words. But when he says it, the lead singer and frontman for alt-metal rock band Skillet turns to Scripture — paraphrasing 2 Timothy 1:7. “The Bible says that God did not give us a spirit of fear,” John Cooper said in a phone interview. “We do not have a spirit of fear, but of power, love, and sound mind.”

Skillet, one of the biggest Christian rock bands, has just hit 25 years of touring and recording. Their song “Monster” became the biggest digital single ever in Christian music, with over three billion streams worldwide. Their eleventh studio album, Dominion, with Atlantic Records, hit #1 on the iTunes Album Sales Charts when it debuted on January 14.

Cooper’s a hardcore rocker on stage every night, tattoos and all, but he has weighty issues on his mind. “I know I’m just a rock star speaking out,” he said. But “there’s a rift happening in the church between what I would consider to be historical orthodox Christianity and a new sort of progressive Christianity.”

Those big ideas come up on his podcast, Cooper Stuff, which he’s been doing for four years now. He also wrote a book, Awake & Alive to Truth, published in 2020.

But rock music remains his primary creative outlet. With Skillet reaching audiences in the millions, some grounded in faith and many not, Cooper says he writes songs “in a way that could be open to interpretation.”

He explains: “I like art that is not necessarily proselytizing. Rather, I try to throw an idea out there that maybe somebody hasn’t thought about. Namely, that is going to be about my faith.”

Comprised of Cooper, his wife Korey, and band mates Jen Ledger and Seth Morrison, Skillet interprets the times in this latest release of theirs. Ear-splitting rock songs mixed in with a couple mellow ones reflect on COVID-related difficulties.

Dominion’s main theme is faith conquering fear. “In this post-pandemic era, it’s getting you pumped up and inspired to face whatever is coming your way,” said Cooper.

He recalls several friends who’d dealt with alcoholism but had “been sober for five years.” Offering empathy rather than judgment, he said he saw these loved ones deal with aspects of depression.

“After a year of this isolation and not feeling back to normal, not getting with family, they found themselves back into those addictions,” said Cooper. “It was so sad to watch. It gave me a drive to want to say something loud about this.”

Even the album’s few ballads, such as “Valley of Death,” ponder such questions. ”Someone said this is all part of the plan / But I don’t understand,” he sings.

For Cooper, trusting God has been essential during this challenging COVID season.

“We do not know what is going to happen in the future, and we cannot control it,” he said. “What if there is religious persecution in America? Well, I still have peace and joy in that because I know that Christ is going to be glorified.”

Beliefs: When to Hold ‘Em, When to Fold ‘Em

As a teen growing up in a Christian household, Cooper wasn’t allowed to listen to rock music. He navigated that clash with parents, and did so without abandoning faith. That experience gives him a unique vantage point in addressing current trends of “deconstruction.”

“We cannot make decisions based on the things that we feel,” he says. “It’s not quite good enough to say: Yeah, but I just love it. So how could it be wrong? We have to go back to the Bible and try to understand God’s design.”

He maintains that biblical teaching has wisdom to impart on friendships, career, marriage, parenting — and music. “Whatever the Bible teaches you is going to please God,” says Cooper. “Because it’s right and pleases God, it is going to make us more fulfilled when we do it.”

The rock-loving teenage Cooper prayed about it and says he was willing to sacrifice his records. Still he arrived at a conviction that it was incorrect to “reject it outright.” He says: “I don’t see the Bible speak out against it in the way that my parents did. I think they were wrong on this, but I’m not rejecting them and certainly not rejecting the faith.”

Today, his rock songs have been #1 hits on mainstream rock radio. And his band Skillet has won awards from Billboard among others.

Cooper draws one lesson from his journey: “Make decisions based on the Bible. It’s going to protect you from harm, protect you from fear and anxiety, and you’re going to be more fulfilled. So that’s kind of my approach.”

Speaking Out, Rocking Out

The big picture for Cooper is clearly about the gospel prevailing over any challenge. When he has seen prominent Christian voices such as author Joshua Harris disavow their faith, Cooper has spoken out.

“It’s so disheartening,” he said in a CBN interview. “And I just want to make a call to the church to grab ahold again of the preeminence of the Word of God. There is absolute truth. And Jesus is the way.”

These themes are front and center on Dominion, Cooper told me. “This record is very urgent to say: Do not give in to fear, or depression, or to those negative forces that really lock you up. But instead break free and face life head on.”

Clearly the rock star isn’t about to keep quiet on his views. Whether on his podcast or on stage, one message transcends the rest for Cooper.

“Whatever happens, we have victory in Christ,” he says. “I personally find a lot of not just peace, but joy in the fact that Christ owns the future.”

Skillet’s eleventh studio album Dominion is available now on all platforms. Their first single from the record is “Surviving the Game.”