The Singapore Summit: A Photo Essay 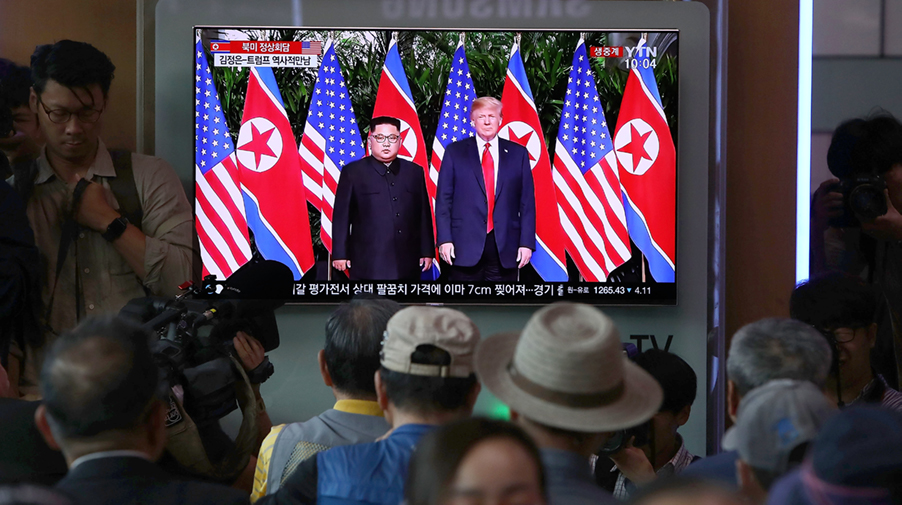 History was made Tuesday morning in Singapore, as President Donald Trump met with North Korean’s leader Kim Jong Un. How it ends only time and determination will tell. But what a memorable few hours for the ages.

Here is the Summit as told through some of the day’s most powerful images. Walking close. One body language expert said that without knowing who the two were, one would detect a father-son dynamic. Trump critics might agree. After all Kim’s father was a brutal, savage tyrant. Heading off to their private meeting with their interpreters. Clearly, the interpreters know English. We hope they knew “New York”-speak. A handshake across the table. After their private meeting, the summit broadened to include top advisers. A friendly stroll during a break from the talks. Oh, to be a fly in the garden. Set to sign an agreement. The four-point agreement includes a North Korean commitment to full denuclearization. Signing the agreement, as Secretary of State Mike Pompeo and Kim Jong Un’s sister and closest adviser Kim Yo-jong look on. Just a bit earlier, Yo-jong swapped out the pen that had been provided for her brother to use. President Trump holds up a document signed by him and Kim Jong Un. Another handshake for the cameras after the signing ceremony. A close up of President Trump holding up the signed document. Dig the signatures! Dig the history! Donald Trump departs his post-summit press conference. Care to caption the picture? Do so in the comment section below.