She Grew Up in a Communist Country. She’s Terrified America Will Go the Same Way 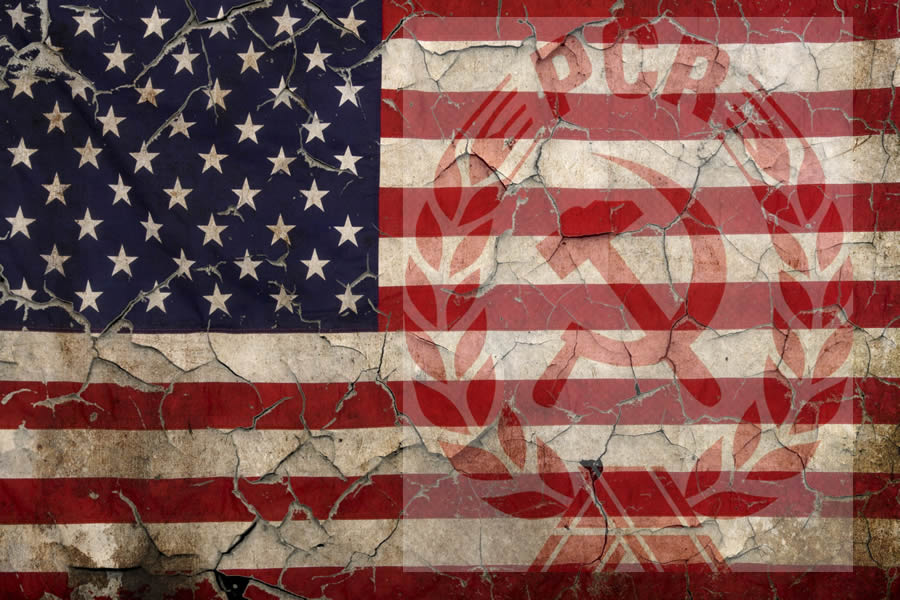 Monalisa Foster didn’t know bananas were supposed to be yellow. The bananas she ate were green.

It wasn’t her fault. She grew up in Nicolae Ceaușescu’s communist Romania, where food was scarce and people waited in line for rations. Now, especially with the presidential election coming up, Monalisa worries that the U.S. could be headed down the same path with socialism.

She writes a story based on her childhood in the short story Pretending to Sleep. She’s seen and heard things in America that remind her of her childhood in a communist country. And she’s terrified.

Everybody Wanted to Go to America

Monalisa found out that bananas should be yellow by a friend who’d made it to America. She came back to Romania and told Monalisa’s family about the magical place where food could be had without standing in line. Where you could travel to another state without papers. Where bananas were yellow. “Everybody wanted to go to America,” she told The Stream.

“Everything in America was better. Everybody knew it deep down because we would get television signals and no matter how much [the government] tried to suppress them, we still got staticky images. The castaways on Gilligan’s Island had a better standard of living than we did.” It confirmed everything they’d heard.

Monalisa and her mom escaped Romania in late 1977, when Monalisa was 8 years old. She was one of the lucky ones. “I am so grateful that we were able to get out because things got worse after we left.”

Life was brutal in communist Romania. The state tried to force couples to become pregnant. “They had the gynecology police, which would go into factories and make sure that women were having sex with their husbands and getting pregnant.” They state wanted people to have children, but many people didn’t. “If you can’t feed your kids, you don’t want them to suffer. You don’t have them in the first place.”

Monalisa described what healthcare was like in communist Romania. She had her tonsils and adenoids removed when she was first or second grade. “I was dragged (yes, dragged, because I didn’t want to go because no one told me why I was there) into a room that was filthy even by the standards of a person (me) who lived in a very old house with dirt floors and an outhouse and chickens and rabbits raised for food in the back yard.”

She went in barefoot and in a hospital gown. They strapped her into a dentist chair. “They knocked me out with chloroform. When I woke up, my pillow was drenched in blood (mine). No one had cleaned me up (because at some point I’d voided both my bladder and bowels). There was no ice. No pain medication. Nothing for the swelling. No antibiotics. You either lived or you didn’t.”

People who root for Bernie Sanders’ socialism think it’s “the kind of socialism that comes out of your dorm room bong where you sit around stoned thinking that somehow, magically, human nature is going to change and all of a sudden people are going to just give you stuff because you want it.”

Romanians were also not allowed to leave their city to travel elsewhere without express permission by the government and identification papers. “I remember going fishing with my great uncle and getting on a train to go fishing and needing special papers just because it was across an inner border.”

Monalisa wishes that Americans could truly experience “the soul crushing thing” that is communism. “I mean, if you don’t get it, that people were so badly off that they stopped [having children] — If you don’t get that, I honestly don’t know what I can say or what I can show you that is going to change your mind.”

But would knowing communism make a difference? America isn’t the same place Monalisa came to as a child.

“It used to be that nobody could tell me what to think. Notice I said used to, okay? It used to be that I could say what I thought and not have to be afraid, but that’s not true anymore because if I say the wrong thing, people might drop me from their publication, you know, or my employer might fire me because I said something offensive.” America no longer has free speech. “What we have is mob rule on free speech.”

People who root for Bernie Sanders’ socialism think it’s “the kind of socialism that comes out of your dorm room bong where you sit around stoned thinking that somehow, magically, human nature is going to change and all of a sudden people are going to just give you stuff because you want it.”

What they really want is called theft. “They think that socialism is what private charity is. It’s radically different because it’s one thing when I reach into my own pocket to make the world better. It’s quite another when I reach into somebody else’s.” It isn’t just taking care of everybody and having good feelings. 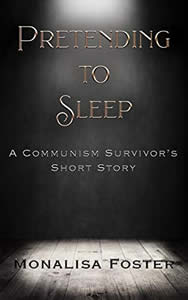 There’s no such thing as a free lunch. “Free food means that somebody has to provide it. So now I’ve made a slave out of the farmer and the trucker and the butcher,” Monalisa says. “And free healthcare has made slaves out of the doctors and nurses and the people that make your medicine. Free education says you’ve made slaves out of the teachers. So every time you put free this or free that you are actually taking away somebody else’s freedom because nothing is free.”

Monalisa wants people to do their research. “It’s all out there. All you have to do is educate yourself. Yet people refuse to because they’re so wound up in their own feelings that they have stopped thinking. America has stopped thinking and there’s nothing but feeling. It’s all about ‘how does this make me feel?’ instead of ‘what is this going to mean’? It’s frightening.”

There’s no better place than America, she says. “This is one of the things I despair about because even back in Romania, we knew there was a better place to go. Well, if things go wrong, if we all of a sudden become a socialist America, where do you go? There is nowhere else to go. This is it.”