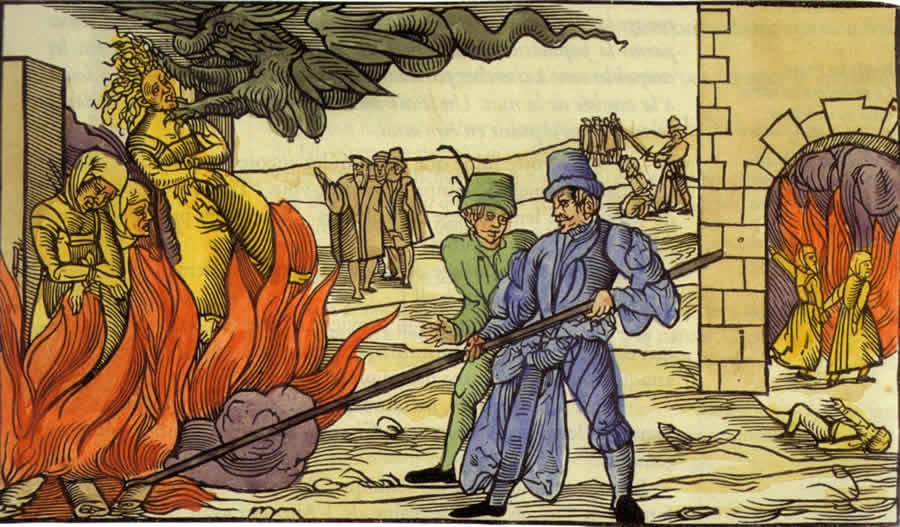 The Bill of Rights guarantees Americans the free exercise of religion while forbidding Congress from establishing a single religion. But the media and courts seem to be establishing a new religion nonetheless. Same-sex marriage (SSM) is the new official religion, which means it must be a religion of the sword.

Exhibit A: the controversy in Indiana. A determined and vocal minority from the religion of SSM is bullying and cutting down traditionalists who need a law that would allow them to be left alone. This clash of orthodoxies has opposing values with moralists on both sides demanding their rights. Rather than preserving the free exercise of competing religious claims, however, one is becoming established at the expense of the other.

But the two views are hardly parallel. One requires compulsion, the other doesn’t. One side says, “everyone must celebrate my same-sex marriage” (a moral claim). The other side says, “God or my conscience prevents me from doing so” (also a moral claim). Can anyone see any middle ground here? There is none. The state must either compel adherence to the new religion or preserve religious freedom, but it can’t do both.

Governors in Indiana, Arkansas and several other states see the need to protect religious liberty for a very good reason — it is under attack. The scales have tipped decidedly against the free exercise of traditional religion — against the right of Christians, Muslims, Jews and anyone else who can’t celebrate the new established orthodoxy.

Forget tolerance. This is well beyond tolerance. Now, if you don’t agree to celebrate same sex marriage, the established religion will commence an inquisition and, without a trial, punish you for heresy. That’s why this legislation is necessary. Florists, bakers, photographers, real estate agents, Internet CEOs, and speakers like myself have all discovered personally that the people who say they are fighting for “tolerance” are often the most intolerant. In the name of “inclusion and diversity,” those of us who have a different view are being excluded, and even fired and fined because we won’t violate our beliefs to satisfy the overbearing clergy of the religion of sex.

A few years ago Cisco and Bank of America fired me as a training consultant because I had Christian beliefs about sex and marriage even though my beliefs were never expressed on the job. When a homosexual manager at Cisco found out on the Internet that I had authored a book giving evidence that maintaining the natural definition of marriage would be best for society, he couldn’t tolerate me and demanded that I be fired. An HR executive canned me within hours without ever speaking to me. This happened despite the fact that the leadership and teambuilding programs I led always received high marks (even from the homosexual manager!).

While I’m probably in the minority, I believe that people have the right to choose with whom they do business. In other words, I support Cisco’s right to fire me. My problem, as I explained here, is that they falsely claimed to be “inclusive and diverse” when they are anything but that. Their orthodoxy is just as closed and narrow as the most rabid fundamentalist church.

My friends David and Jason Benham agree with freedom of association and the rights of businesses as well. When members of the new religion learned that the evangelical Benham brothers were violating orthodoxy by being pro-life and pro-natural marriage, an inquisition began to get the Benhams fired from their TV show. Executives from HGTV ultimately caved to the demands of the dogmatic high priests and cancelled the show, which was already in production. When Jason Benham told a TV reporter that HGTV had the right to fire them, the reporter’s jaw dropped. The Benhams are actually tolerant! So are most Christians (although there are some bad apples in every group).

But compulsion by government is another thing entirely. People are getting the wrong impression about these state laws to protect religious liberty. This one graphic shows how these laws work. You’ll notice that they do not give businesses permission to deny anyone service at a retail establishment. No one is doing that now, and you wouldn’t be in business very long if you did. The free market would see to it. Moreover, those who actually follow Jesus want to be with and serve unbelievers as Jesus did. We just can’t advocate events or ideas that go against Christ’s teaching on marriage (Mt. 19:4-6).

The truth is, these laws are not swords but shields. They are intended to shield dissidents from the SSM authorities who would use the sword of government to force dissidents to participate in ceremonies that go against their religion or conscience. In other words, the laws are designed to prevent discrimination against the dissidents, not enable them to discriminate against the new orthodoxy.

America has a long history of successfully balancing religious and moral beliefs with other important interests. For example, even when military service was involuntary, we still made room for conscientious objectors who did not want to carry weapons. If we can allow people to exempt themselves from defending the country — which is the most important responsibility our government has — we can certainly allow people to exempt themselves from participating in same-sex wedding ceremonies!

What compelling government interest is there to force someone to support a same-sex wedding? It’s not like there is a shortage of people willing to do so. If a 70 year-old grandmother who is a florist can’t arrange flowers at your same-sex wedding, why not just go to someone else who would be happy to do it? Why don’t we ever hear about traditionalists suing gay business owners for refusing to print up anti-gay marriage fliers? “Tolerance” is a one-way street to the religion of sex.

There is no compelling government interest to force a business to do such things. That’s why the religion of sex must distort the facts and throw a temper tantrum to get government to compel people to violate their conscience. (Their approach reminds me of what bad preachers write in the margin of their sermon notes: “Logic weak here — pound pulpit!”)

This is what happens when you have a narrow religious orthodoxy enforced by the sword. It’s a zero-sum game that the heterodox lose. The new established religion chooses the sword of government compulsion over the freedom of religion and conscience. Do you?