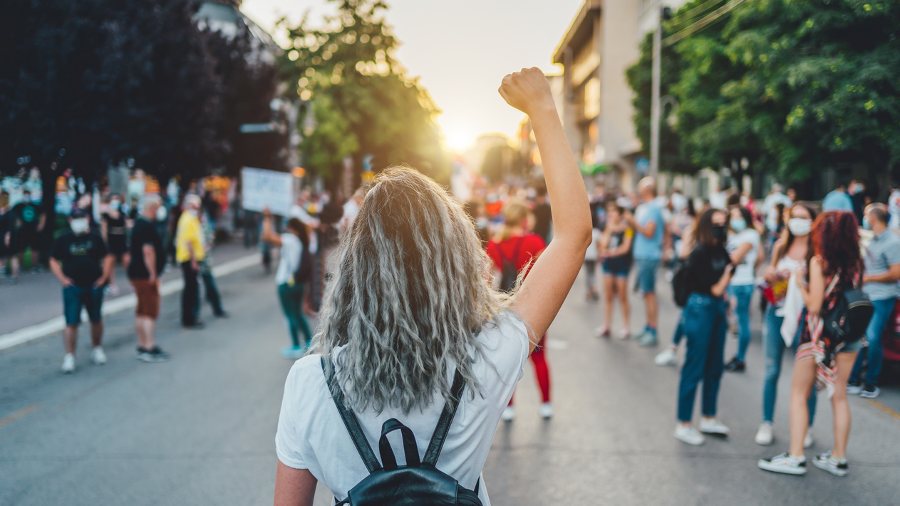 By Dwight Longenecker Published on October 7, 2021 •

This week the officials of the State of Missouri executed Ernest Johnson, who was convicted of three brutal murders during a convenience store hold up in 1994.

As usual, the execution raised protests and continued the debate over capital punishment. The debate involves issues ranging from Biblical interpretation, ethics, the extent of state power and core issues of the dignity of human life, reparation for wrongdoing and the proper exercise of justice.

As usual, many of the arguments voiced were emotional. One Twitter commenter, dismayed by the execution, expressed her horror at what she perceived as the cold-blooded, heartlessness of the judicial action.

Her concern displayed our society’s preference for sentimentalism. Sentimentalism or emotivism is the tendency to make decisions and moral choices based only on one’s emotions.

The Individualist’s prayer is “My will be done on earth for there is no heaven.”

Human emotions are powerful and can be good motivators. There is an old saying, “The heart moves the feet.” A society without warm-hearted emotions can indeed be cold and cruel. A society ruled only by subjective individual emotions, however, is chaotic.

Atheistic at a Foundational Level

Sentimentalism is an outgrowth of what philosopher Carl A. Trueman calls “expressive individualism.” This is the form of individualism which sees the individual person as the only authority. One’s ego, desires and ideologies rule. The Individualist’s prayer is “My will be done on earth for there is no heaven.”

Sentimentalism is the individual’s reliance not on a greater authority, and not even on rational argument but on how they feel about an issue, a person or a circumstance. The philosopher Descartes famously said, “I think therefore I am.” The sentimentalist says “I feel therefore I am.”

Sentimentalism is not explicitly atheistic, but it is atheistic at a foundational level because if one relies only on one’s own emotions as the sole authority for decision making, one is excluding God.

Sentimentalism has infected every aspect of modern American life, and we are expected to respect and even reverence everyone’s emotional responses — and the more extreme the emotional response the more we must all listen, bow down and accept that response — even if what the person is proposing is utter nonsense.

Your Truth and My Truth

Sentimentalism prospers as a result of another mask of atheism: relativism. Relativism is the belief that there is no such thing as Truth, or if there is, it cannot be expressed clearly or authoritatively. In popular conversation you may hear relativism promoted as “Well, you have your truth and I have my truth.”

Because relativism is so widespread, our society is awash with uncertainty, ambiguity, distrust of the establishment and great fear. With no clear expression of truth and no agreed authority to trust, people resort to a reliance on their emotions alone.

When things really get tough other, darker emotions begin to surface. Resentment, rage, lust and hatred are also emotions, and if we have come to believe that our emotions are the sole authority, we not only trust our emotions, but we believe them to be good. This is why violent rioters, those who seek revenge and those who destroy the reputations and lives of others out of some emotionally motivated “worthy cause,” think they are doing God’s work.

The antidote to sentimentalism is for our decisions to be rooted in an authority system greater than ourselves. The traditions of Western civilization are preserved and passed on through classical education. In our church schools and in home schooling we should be learning and teaching the fundamentals of clear thinking: grammar, logic and rhetoric. With a grounding in philosophy and the Christian faith we will have the foundation to make positive and powerful decisions for the common good — decisions that are rooted in both a clear head and a warm heart.

Dwight Longenecker’s latest book is Beheading Hydra: A Radical Plan for Christians in an Atheistic Age. Read his blog, browse his books and be in touch at dwightlongenecker.com