Senate Confirms Obama’s Pick to be Ambassador to Mexico 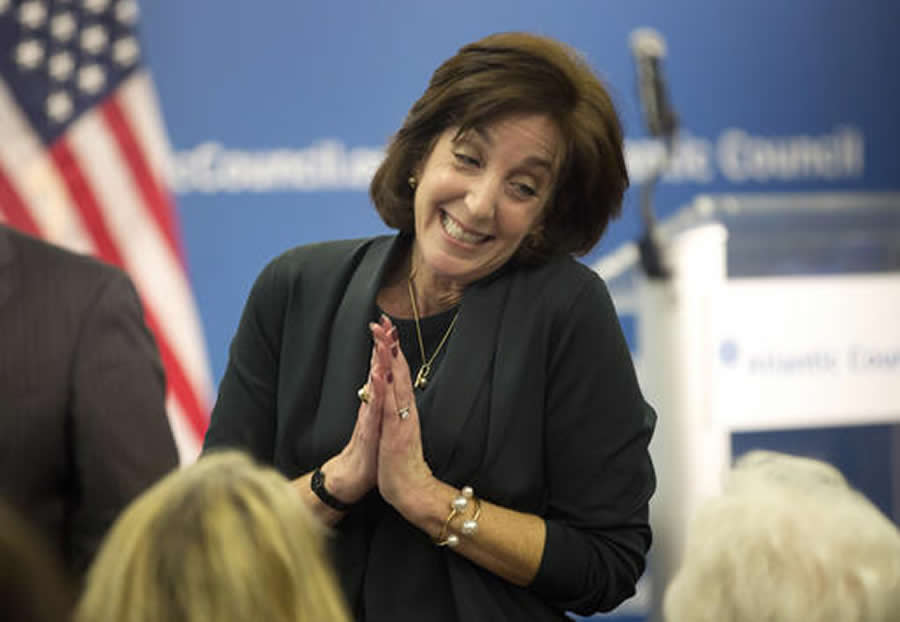 In this Nov. 30, 2015, file photo, Assistant Secretary of State for Latin America Roberta Jacobson, is seen in Washington. The Senate has confirmed Jacobson, President Barack Obama's nominee to be U.S. ambassador to Mexico, and clears the way for the first woman to hold what is considered to be one of the country’s most important diplomatic posts.

This article is available to read at the Associated Press Archive Link here: http://www.apnewsarchive.com/2016/Senate-confirms-Obama-s-nominee-to-be-U-S-ambassador-to-Mexico-making-her-the-first-woman-to-hold-one-of-the-country-s-most-important-diplomatic-posts/id-6136b046f90a49a29e7dcf8047dc5bd8

Under Fire Over Tariffs, Trump Heads to G-7 Summit in Canada