‘Secular’ Meditation in the Schoolroom, or, There’s More Than One Way to Be Anti-Christian 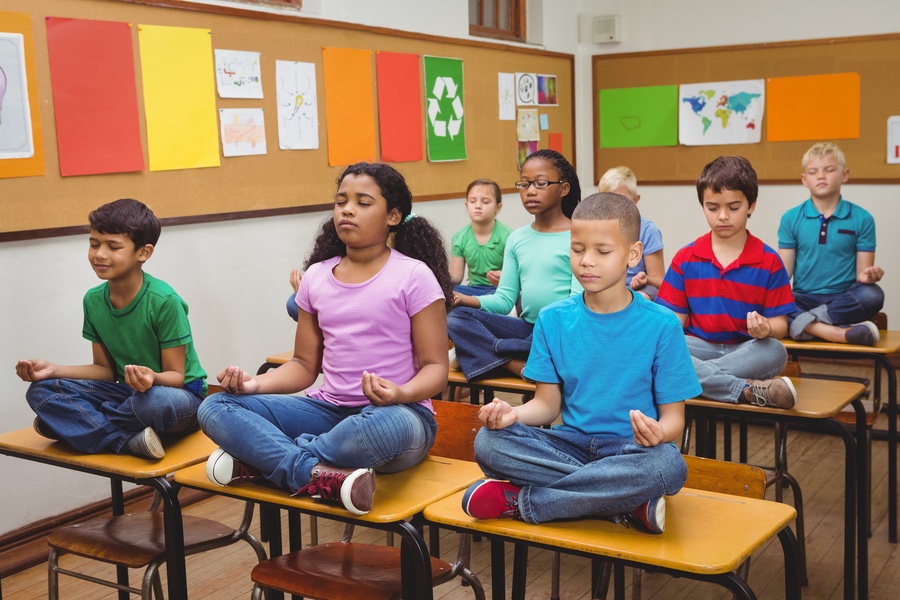 Not all anti-Christian hostility comes in the form of overt oppression. Some of it is, “Hey, you can hold on to your Christianity. Practice it all you want. Just remember it isn’t actually true.” It happens all the time. It’s making news right now in a Cobb County, Georgia public school.

Bonnie Cole, an elementary school assistant principal, introduced yoga-based meditation into classrooms at her school. Her instruction was partly based on the book Peaceful Piggy Meditation by Kerry Lee MacLean. Christian parents objected. Administrators transferred Cole to another school. Now Cole is suing.

The Atlanta Journal-Constitution says a jury will decide if banning yoga there “advanced the cause of Christianity.” It’s the wrong question. The jury should be deciding whether this imposed yoga-based meditation impedes the practice of Christianity. I’d say the answer is clearly yes, and therefore First Amendment doesn’t permit it. This is so even though the Journal-Constitution says, “Neither side of the dispute is saying yoga is religious.” Religious or not, there are worldviews involved here, and the worldview of Peaceful Piggy Meditation is decidedly anti-Christian.

Shambhala In the Schoolroom

Its roots certainly aren’t Christian. Kerry Lee MacLean has been teaching at Shambhala Meditation centers worldwide for 15 years. Shambhala’s mythical roots trace directly to the Buddha; more recently they’re connected to a Tibetan meditation master, Chögman Trungpa Rinoche. Shambhala’s “history and legend” grow out of “a great community that was able to reach a higher level of consciousness.” It teaches that “every human being has a fundamental nature of basic goodness.”

Yet Shambhala also claims its style of meditation “can be expressed through existing cultural norms.” Christians don’t have to give up anything to practice it. Nothing, that is, except our most basic beliefs about reality. For its views contradict Christianity’s on one point after another — and Peaceful Piggy Meditation reflects those views.

PPM recommends (for example) that students find a “special place,” where Mom or Dad would set them up with “maybe a crystal, for clear thinking, a stone, for stillness, or even a flower, for kindness.” Meditating there in that quiet place, “Peaceful Piggies” can “feel free as a bird,” and “fearless.” One result is, “You like who you are, just as you are.”

“Secular” in this context means, “completely contradicting the Christian view of reality.”

PPM teaches that meditation can “keep your mind clean.” Christianity says only Jesus Christ’s sacrifice can cleanse us.

PPM teaches that meditation helps kids stand up to others, take care of others including enemies, love all beings — “even worms,” it says — and stay happy even when things go wrong. Christianity teaches (almost) the same virtues, but says we find them in following Christ.

Where “Secular” Is Not Neutral

These are all full-blown contradictions. Teachers — government employees — should not send a message that Christianity is wrong in all its most important precepts.

But the book doesn’t mention Buddhism, so it’s “not religious,” right? And Shambhala says its practices “can be expressed through existing cultural norms.” This implies it’s neutral with respect to all beliefs. Or as one Facebook commenter told me today, “It’s actually only some extreme fundamentalists who think yoga is against Christianity and everyone else thinks it has been secularized.”

It welcomes any Christianity except that which thinks Christianity is actually true. Which is plenty hostile, even without overt persecution.

Secularized? Sure. But “secular” in this context means, “completely contradicting the Christian view of reality.” It means accepting the same Christianity-denying worldview you find in Peaceful Piggy Meditation. It means happily coexisting with “Christianity,” as long as no one but “extreme fundamentalists” notices the serious contradictions there.

If School Prayer Is Unconstitutional, How Much Worse Is Anti-Christian Moral Teaching in Schools?