Update: Rudy Guiliani announces the Trump campaign is retooling, and is set to file lawsuits in individual states starting today. 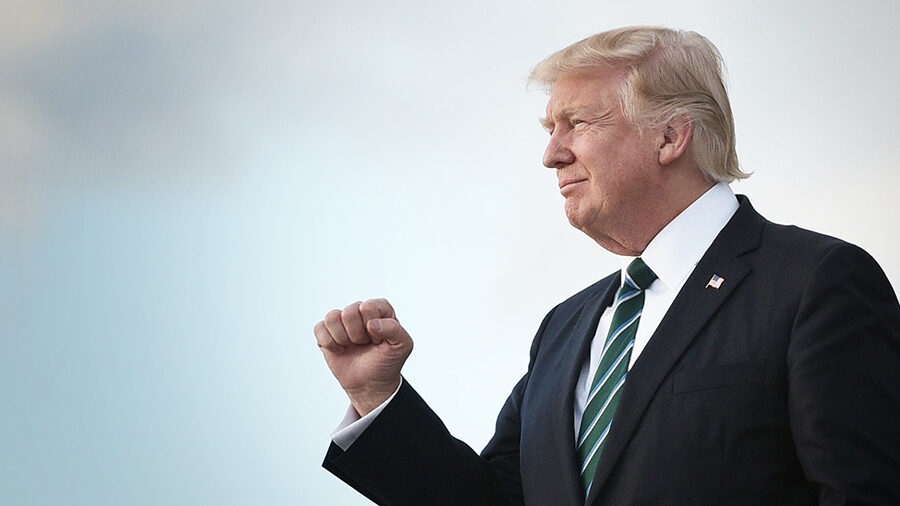 The Supreme Court Friday evening rejected Texas’ lawsuit against Pennsylvania, Georgia, Wisconsin and Michigan. But the fight roars on.

Texas, joined by 17 other states, argued those four states unconstitutionally changed their election procedures in the months before the election, using COVID as an excuse. Those procedures opened the door wide open for mischief and mayhem in the national election, thus harming the states that did act constitutionally.

The Supreme Court in a 7-2 ruling declared that Texas did not have standing to bring the case. Basically, the court said Texas can’t mess in another state’s election business. Even if it’s monkey business. They weren’t the ones harmed.

White House press secretary Kayleigh McEneny said the Supreme Court “dodged.” She told Fox News, “They hid behind procedure and they refused to use their authority to enforce the Constitution.”

Naturally, the media declared the SCOTUS decision the end of Donald Trump’s “baseless” efforts to “overturn” the election.

The Biden campaign issued a snarky statement: “The Supreme Court has decisively and speedily rejected the latest of Donald Trump and his allies’ attacks on the democratic process,” they declared.

This is no surprise — dozens of judges, election officials from both parties, and Trump’s own attorney general have dismissed his baseless attempts to deny that he lost the election. President-elect Biden’s clear and commanding victory will be ratified by the Electoral College on Monday, and he will be sworn in on Jan. 20.

“Clear and commanding?” On what planet? Joe Biden admits in leaked audio the GOP “beat the living h*** out of us” nationwide. Yet somehow tainted results in four swing states Trump was winning handily that pushed Biden over the top by mere thousands of votes is “clear and commanding”?

Remember: This is the same media and Joe Biden that insisted the emails and allegations against Hunter Biden were Russian misinformation.

And if you put your ear to the wind, you will not hear any fat lady singing.

Instead you hear the sound of the fight for election justice continuing.

WE HAVE JUST BEGUN TO FIGHT!!!

Commentator Tracy Beanz was quick to jump onto Periscope to point out to disheartened Trump supporters that the Texas lawsuit had been unexpected; that lawsuits in individual states … lawsuits involving plaintiffs with standing … were still working their way towards the Supreme Court as planned.

And sure enough, late last night and early this morning, Sidney Powell announced emergency filings in the Supreme Court for Georgia and Michigan and Arizona, with Wisconsin on the way.

“These cases raise constitutional issues and prove massive #fraud. Our plaintiffs have #standing. #WeThePeople will not allow #rigged elections.”

You’ll be able to see the filings at Powell’s website DefendingtheRepublic.org.

Trump lawyer Rudy Giuliani is saying the fight isn’t over, at least until the evidence is heard.

“The people of this country are entitled to a hearing on this,” he told Sean Hannity. “They should have at least given us a hearing so that we can present our facts and not just pushed it off to the side so no one would ever get to hear these facts.”

On Saturday, Giuliani announced the Trump team was “retooling,” and set to file lawsuits in the individual states.

If the state doesn’t have standing, surely the president of the United States has standing. And certainly the electors in the states have standing. So they will be bringing those very cases right in those courts, starting today,” Giuliani told Newsmax. “And let’s see what excuse they can try to use to avoid having a hearing on that.”

A forensic audit was done of 22 Dominion machines in Michigan. Yet, the results of that audit were ordered sealed by a judge at the request of Michigan’s Democratic (and radical) Attorney General Dana Nessel. Does anyone believe for a second that if those Dominion machines had not been compromised Nessel would have sealed the results? She’d be shouting “Dominion’s Clean!” from the top of Ford Field.

Perhaps the most heartbreaking testimony came out of yesterday’s hearing of the Wisconsin Assembly’s Committee on Campaigns and Elections. WISN radio host Dan O’Donnell shared statements he had received. This included dead people voting and, most gut-wrenching and nauseating, nursing home residents who wanted to vote for Trump, but were pressured by workers to switch to Biden. Here’s a clip from the testimony.

A nursing home resident said she wanted to vote for @realDonaldTrump.

But a nursing home staff member said "No no. He's a bad man. We're voting for Biden," and instructed the resident to do so against her wishes. pic.twitter.com/XqJbr5IO8s

Democrats walked out of the hearing.

A woman named Susan who works with disabled came forward weeks ago to share how her more than 20 patients told her they’d been pressured into voting for Biden, or had their ballot filled out for Biden before they ever had a chance to see it.

This abuse of the elderly is not isolated. In November, a Texas nurse was charged with 134 counts of election fraud for doing this very thing. Gateway Pundit reported in August that Democrats in Nevada rammed through — with no public present — several mail-in ballot measures that could facilitate cheating, including one that “allows people not related to or friends with elderly voters to fill out their ballots and turn them in to be counted.” Lindsay Graham said right after the election he was investigating an illegal Democrat ballot harvesting scheme in Pennsylvania that may have netted as many as 25,000 votes.

Systematically abusing the voting rights of our most vulnerable voters? And people think Donald Trump should stop fighting this election?

Two rallies are being held today in Washington, DC. The first is the Jericho March for Election Integrity, Transparency and Reform. Protesters will march seven times around the Supreme Court, U.S. Capitol and Justice Department, followed by a “Stop the Steal” prayer rally. Speakers at that event include Gen. Michael Flynn and Mike Lindell. Eric Metaxas is hosting it.

This march, with its biblical overtones, recognizes that this battle for our country is spiritual. “Let the church roar.”

The Jericho March will be followed by a “March for Trump” event from 12-3 pm. March for Trump has been hitting the swing states, and is now rolling into the Nation’s Capitol.

It is tempting after last night’s Supreme Court decision to feel a bit like Jefferson Smith in Mr. Smith Goes to Washington after establishment politician Sen. Paine wheeled in the carts filled with telegrams telling Sen. Smith to quit his fight against corruption.

Give up. It’s a lost cause.

The message from director Frank Capra to us today: Keep going until you drop. Someone will listen.