Who are the most dogmatic, inflexible, reactionary, unforgiving, monomaniacal set of people these days? Folks apt to go off half-cocked, act intemperately, respond to criticism with unthinking ignorant fury, people who call for their enemies to be purged, ostracized, punished?

If you said scientists, you speak the truth.

Scientists are people (I am one myself), though many of us hate for the public to know it, and suffer from intemperate passions of the soul like any other human being; and just like anybody, we scientists are apt to lose the ability to reason soberly while under the sway of passion and ideology.

Nowhere in the scientific community are the disagreeable traits listed above found in more abundance and intensity than in biology. When mechanisms for evolution are questioned, any answer that gives oxygen to the idea that God might have been involved in any way in the design of species sets them off like a Spaniard whose mother’s chastity has been questioned.

The reason for their attitude is obvious: Many biologists believe not only that God has no role in the workings of the world, but that evolution itself proves that God isn’t necessary, and therefore probably doesn’t exist. None of these opinions are in the least scientific, as we’ll see below, but they are believed with a fundamentalist fervency that astonishes. 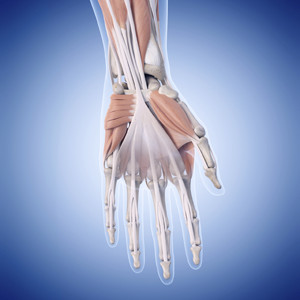 The latest proof of this came when the journal PLOS ONE published the paper “Biomechanical Characteristics of Hand Coordination in Grasping Activities of Daily Living” by Ming-Jin Liu, Cai-Hua Xiong, Le Xiong and Xiao-Lin Huang. In the Abstract of that work, after words marveling at the complexity and versatility of the human hand, appears this sentence (emphasis added):

The explicit functional link indicates that the biomechanical characteristic of tendinous connective architecture between muscles and articulations is the proper design by the Creator to perform a multitude of daily tasks in a comfortable way.

The Creator! Later they say, “Hand coordination should indicate the mystery of the Creator’s invention.” And still later this:

In conclusion, our study can improve the understanding of the human hand and confirm that the mechanical architecture is the proper design by the Creator for dexterous performance of numerous functions following the evolutionary remodeling of the ancestral hand for millions of years. 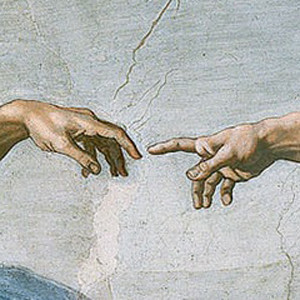 Well, so what? The article’s focus is the study of the most common activities of the hand, information which is necessary to make good robotic imitations. How the hand came to be, while metaphysically fascinating, is beside the purpose of the paper and that of future robotic engineers trying to learn from the human hand in their efforts to develop better robotic hands.

But — ho boy! Many scientists sprung a mental cog and began to jabber like monkeys when told the grocery store is out of bananas. Several took to Twitter, creating the #Creatorgate hashtag so that the rabble would have a banner to rally behind.

A boycott of PLOS ONE was immediately called for. Liu et al.’s paper was called “pseudoscience,” that it was, somehow, akin to the “anti-vax movement.” Peer review was said to have failed. The paper was “beyond absurd.” A user going by the name @TheComplexBrain said, “Rarely have my eyes been so keen to bulge out of their sockets at a single word reading this abstract!” The poor dear.

Others said PLOS ONE’s credibility was marred, that the journal had “jumped the shark.” The journal was put on the defensive and issued a tweet, “PLOS ONE editors apologize that language wasn’t addressed pre-publication. We’re looking into concerns w/ priority.”

The ironically named @lionlchristiaen said, proving my contention, “#Creatorgate shows scientists will not tolerate intrusion of non-sensical religion on their turf and that’s good!!”

Here’s something unusual: the journal allows comments to papers (the public hasn’t discovered this yet). Irate comments to the paper were soon posted, but so was one by Liu. He reminded his audience that his native language was Chinese and that the authors realized they “had misunderstood the word Creator.” He continued:

What we would like to express is that the biomechanical characteristic of tendious connective architecture between muscles and articulations is a proper design by the NATURE (result of evolution) to perform a multitude of daily grasping tasks. We will change the Creator to nature in the revised manuscript.

This explanation was not received with charity. One scientist shot back:

Sorry, but I don’t buy this excuse. As mentioned by others, it is not just the incorrect use of the word “creator.” The whole context of the sentences is very clearly about creationism. The words “superior,” “proper,” “mystery” and “invention” are at least as disturbing and appalling as the word “Creator” (see the citations below)

Disturbing. Appalling. Strong words, no? In fact, asinine words, but they do demonstrate the intransigent metaphysical blindness afflicting all too many biologists.

The PLOS ONE editors have followed up on the concerns raised about this publication. We have completed an evaluation of the history of the submission and received advice from two experts in our editorial board. Our internal review and the advice we have received have confirmed the concerns about the article and revealed that the peer review process did not adequately evaluate several aspects of the work.

In light of the concerns identified, the PLOS ONE editors have decided to retract the article, the retraction is being processed and will be posted as soon as possible. We apologize for the errors and oversight leading to the publication of this paper.

No errors in the paper were identified, and the editors gave no indication they even considered Liu’s explanation. They instead decided not to face the wrath of the mob.

What’s funny about this is that there is nothing scientifically wrong with suggesting that “the Creator”, or even God, is ultimately the cause of the design of the human hand, and indeed the design of every creature. The “laws” of nature — of physics, chemistry, biology — that are responsible for evolution (however it occurs) had to come from somewhere. Asking from where is not a scientific or physical question, it is a metaphysical one, which is to say a philosophical one.

And it is a question most scientists are ill-equipped to answer. That they don’t recognize this accounts for their becoming unhinged by the mere suggestion the Creator was behind the human hand. My suggestion: get a grip.

In the Name of ‘Academic Freedom,’ a Scientist Calls for Punishing Creationists