School Shootings, Gun Rights, and the Imitation of Evil 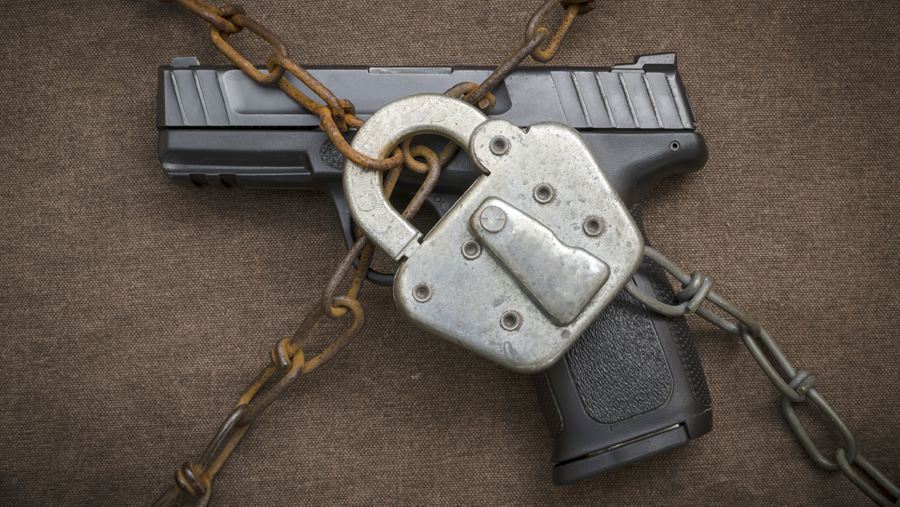 School shootings have become a uniquely American, demonic mode of performance “art.” Whichever evil spirits moved the killers of Columbine, they ensured that there would be imitators. As Christian philosopher Rene Girard observed, man is a mimetic animal. He learns what to do, for good or for ill, by emulating others. (That’s why we talk of “role models,” the “imitation of Christ,” and “copycat killers.”)  And it’s why we see bizarre phenomena like “suicide epidemics,” as teenagers see one of their own go out in a blaze of “glory,” and decide to follow suit, sometimes in the dozens.

Charles Manson had hoped that his “Helter Skelter” slaughter in Hollywood would ignite a contagion of violence that led to a race war. He failed. But countless men like him succeeded, whether they knew what they did or not. Someone was the first to set a store on fire during the Watts riots and the Los Angeles riots. Somebody got the idea first in Spain in 1936 to dig up the corpses of nuns and put them in pornographic poses. Some guttersnipe in 1789 decided to start mutilating aristocrats, and carrying their genitals hoisted on poles through the Paris streets.

That kind of evil emulation doesn’t only happen with mobs on the spur of the moment. The killing of John F. Kennedy probably inspired the murders of Martin Luther King and Robert Kennedy. Twisted, little men see others just like them catapulted into the news, and the history books, by a single crime. Some of them follow the promptings of their own personal Screwtapes, and “go therefore and do likewise.”

Such people will always find the weapons they need. If we banned every private firearm in America, they would reach back to that traitor and murderer Timothy McVeigh. He used a fertilizer bomb. If we banned all fertilizer, then degenerates who craved fame would use pressure cookers. You know, like the Muslim refugees who blew up the Boston Marathon. Evil will find a way. It always does.

The citizenry as a whole must be kept defanged and helpless, dependent on faraway riot police to come and collect the corpses.

But stripping our law-abiding citizens of weapons would do something else. Actually, it would accomplish a long list of things, all of them awful.

Why is it, do you think, that Muslim colonists feel free to maul, rape, and assault women in Norway, Sweden, Germany, the Netherlands, and Britain? They know perfectly well that none of the helpless natives in the area will be armed or could resist them. (In Britain, of course, not even the beat cops have guns.) By contrast, a terrorist striking here in Texas knows that some armed citizen might stop him. So one stopped the would-be massacre at the Draw Muhammad event in Garland, Texas.

Stripping the population of the means to protect itself renders them helpless before the barbarians whom our elites keep inviting in. In America, that would mean not just jihadis, but members of the drug cartels that control our southern border. Their native land, Mexico, has draconian gun control. How’s that working out for them?

Powerless Before the Government

Those who despise the “deplorable” masses in their countries, from the U.S. to Western Europe, share certain attributes. They want to preen as promoting “high-minded,” outrageously reckless policies that impair the nation’s safety. They also want protection, so many of them have their own private or government security. But the citizenry as a whole must be kept defanged and helpless, dependent on faraway riot police to come and collect the corpses. Meanwhile their nations get handed over piecemeal to aliens, and their votes made meaningless by oligarchical bodies such as the EU and the UN.

Some of us remember the greatest threat to innocent human life in history: The modern state. Non-partisan historian R.J. Rummel documented in his classic, Death By Government, the death toll of citizens murdered by their governments — apart from war time — in the bloody 20th century. His total? Hold your breath … it’s 133,147,000. Those citizens, mostly disarmed beforehand by their governments, had no means of self-defense.

Veal Calves for the Slaughter

Legal historian Stephen Halbrook noted in Gun Control in the Third Reich that previous, liberal governments had cleared the way for Nazi tyranny by seizing or registering the guns of law-abiding citizens. When the Nazis came to power, they just opened up the books and demanded that every socialist, Jew, or other likely victim come turn in his weapon. Tragically, thousands complied — and ended up in death camps. What resistance movements thrived in Nazi-occupied countries relied on whatever private firearms its citizens hadn’t turned in to their previous liberal governments.

Stripping the population of the means to protect itself renders them helpless before the barbarians whom our elites keep inviting in. In America, that would mean not just jihadis, but members of the drug cartels that control our southern border. Their native land, Mexico, has draconian gun control. How’s that working out for them?

It’s telling that in America, after the Civil War, one of the key goals of the Ku Klux Klan was to use gun control laws to disarm black citizens.

No Second Amendment? Then There’s No First.

But we needn’t look to Stalin, Hitler, or the Klan to see the powerful impact of disarming the citizenry. One news story from gun-grabbing Norway pointed it up. As The Christian Post reports:

A Canadian Christian family is crying out for help after their 12-year-old son was forcibly removed from their home in Norway by government officers in response to their decision to homeschool him. The parents had pulled him from a public school after he was bullied.

The father, Leif Kristiansen, posted a video to Facebook last Thursday that shows police officers and officials from Norway’s child services agency, Barnevernet, chasing and tackling their son, Kai, before taking him away from their apartment in Ås.

“Can somebody please help us? … Barnevernet is stealing our child!” Terese Kristiansen, a Canadian citizen, shouts frantically in the video posted to her husband’s Facebook page.

According to Kristiansen, the action taken by the government occurred after they decided to remove their son from public school due to “death threats” from classmates and other forms of bullying.

“They are punishing the family and the child for standing up to this oppressive state,” Kristiansen says in the video as her son screams for help with an officer sitting on top of him in the snow.

THIS is why we need private firearms ownership in America. So the state can’t steal our kids. #FloridaShooting https://t.co/UggWrvBlh4

Try That in America, Pal

It’s not that an American family facing such a seizure would shoot at the cops trying to carry it out. Rather, it’s that in a country with an armed citizenry, the government wouldn’t even try to impose such an outrageous law. A citizenry that insists on keeping its guns also insists on firm parental rights. And the fact of our Second Amendment is finally the best guarantee of all of the other amendments. Without it, they’re paper tigers.

So when our elites try to imitate the evils of their peers over in Europe, by disarming our populace, just remember every one of our other rights, which would be at risk after they disarmed us. They’ll just have to pry them out of our cold, dead fingers.