Schiff Acted Like He Didn’t Know What Was in ‘Whistleblower’ Complaint; NY Times Suggests Otherwise 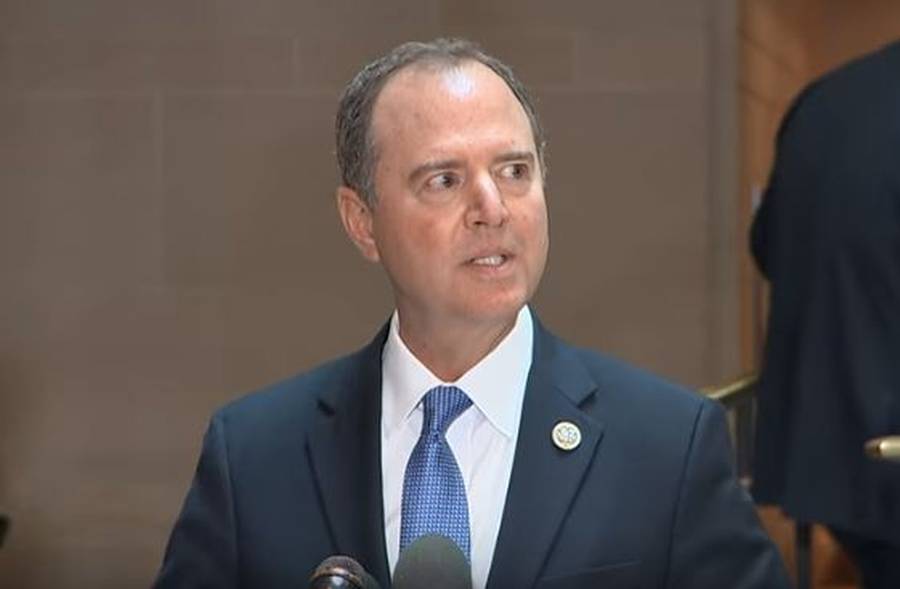 House Intelligence Committee Chairman Rep. Adam Schiff discussing the Ukraine whistleblower ... and just happening to forget to mention the CIA officer came to him before filing his complaint.

In the days leading up to last week’s release of a whistleblower complaint against President Donald Trump, House Intelligence Committee Chairman Adam Schiff implied that he was unaware of the substance of the allegations in the document, which centered on Trump’s July 25 phone call with Ukraine’s president.

But a report from The New York Times on Wednesday raises news questions about Schiff’s claims.

According to the newspaper, Schiff had a general idea of the substance of the complaint by the time it was filed on Aug. 12. That’s because the would-be whistleblower approached a Schiff aide on the House Intelligence Committee. In turn, the aide directed the individual to the Intelligence Community Inspector General (IC IG), and briefed Schiff on the subject of the complaint.

Schiff and his staff “knew at least vaguely” what was in the complaint when it was filed, according to The Times.

But Schiff played coy for weeks when discussing the mysterious complaint. During his many interviews about the complaint, he did not reveal that his office had been in contact with the whistleblower or that he had any awareness of the person’s allegations.

In a Sept. 19 press conference, he suggested that he did not know what the whistleblower was alleging. He also asserted that he might not even know that a complaint had been filed if Michael Atkinson, the IC IG, had not contacted Congress earlier last month regarding the complaint.

“In the absence of the actions, and I want to thank the inspector general, in the absence of his actions in coming to our committee, we might not have even known there was a whistleblower complaint alleging a urgent concern,” Schiff said during a press briefing on Sept. 19.

Schiff left out the part about his staff member directing the whistleblower to contact the IC IG in the first place.

“We do not have the complaint. We do not know whether the press reports are accurate or inaccurate about the contents of the complaint,” Schiff continued.

“We’re determined to do everything we can to determine what this urgent concern is.”

“Like other whistle-blowers have done before and since under Republican and Democratic-controlled committees, the whistle-blower contacted the committee for guidance on how to report possible wrongdoing within the jurisdiction of the intelligence community,” Boland said.

“At no point did the committee review or receive the complaint in advance.”

The whistleblower, who is reported to be a CIA analyst, accused Trump of pressuring Ukraine’s president in a July 25 phone call to investigate former Vice President Joe Biden and his son, Hunter.

The whistleblower also alleged that White House officials were concerned about what Trump said in the call, and that they placed a transcript of the call in a computer system reserved for highly sensitive documents.

Trump has denied doing anything improper. He has accused Schiff of “treason,” and said that the whistleblower should be outed. (Ukraine’s president, the one who actually brought up Biden in the call, also has insisted he was never pressured.)

Atkinson first notified Schiff and Rep. Devin Nunes, the top Republican on the Intelligence committee, about the complaint on Sept. 9. Atkinson said that he had reviewed the complaint and found it to be “urgent” and “credible,” which meant that he was legally required to provide the document to Congress.

But Atkinson said that Joseph Maguire, the acting director of national intelligence, had blocked release of the complaint.

Schiff used that information to accuse the Trump administration of trying to hide the complaint. Details of the whistleblower’s allegations began leaking to the media, which built up momentum among Democrats to impeach Trump.

Facing that pressure, the White House released a transcript of Trump’s July 25 phone call with Ukraine’s president. The administration also allowed the full complaint to be released Friday.