If elite celebrities and politicians get to live their lives unrestrained, why shouldn’t we all? 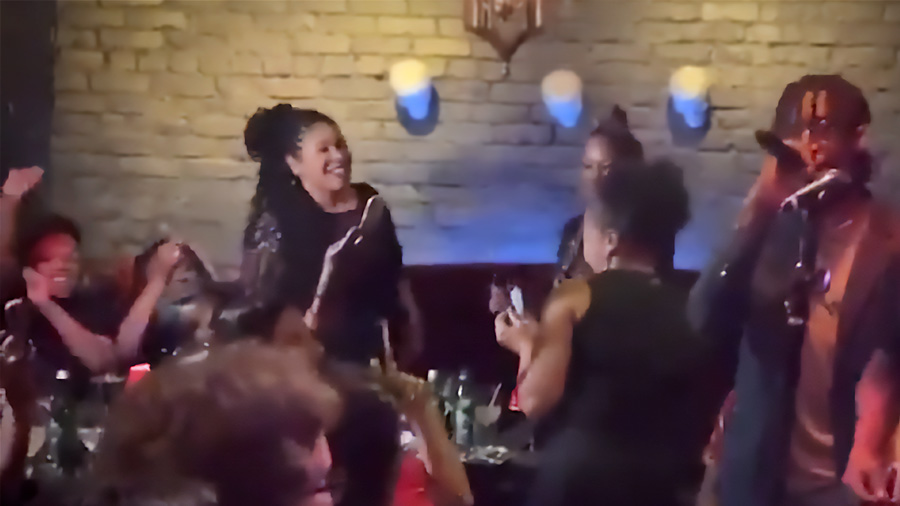 San Francisco Mayor London Breed reinstated a mask mandate for her city on August 2 amid the rise of the COVID Delta variant. However, the mayor was just exposed for violating her own order — and she’s completely unapologetic about it.

The order requires masks to be worn during indoor events, except while “seated at a table or positioned at a stationary counter or place while eating or drinking,” local media reports. However, Breed was photographed at a local jazz club partying and dancing maskless, even while not actively eating or drinking. The mayor broke her own rules, but has remained defiant in face of subsequent criticism.

“I was feeling the spirit and I wasn’t thinking about a mask,” she said. Breed says that she did nothing wrong because she was eating and drinking at some points during the night.

“I was feeling the spirit and I wasn’t thinking about a mask."pic.twitter.com/lFTFCgzihZ

Mayor Breed argued she did nothing wrong because it was an uplifting event for all who attended and that all the attendees were vaccinated. She called the criticism a “distraction” and said people should spend more time “enjoying San Francisco.”

“Don’t feel as though you have to be micromanaged about mask-wearing,” she said. “We don’t need the fun police to come in, and try and tell us what we should or shouldn’t be doing. We know what we need to do to protect ourselves.”

The cognitive dissonance here is nothing short of astonishing.

First, the mayor clearly broke her own order. She stood for long periods of time maskless without actively eating or drinking, and took photos unmasked as well. Video also shows her dancing for minutes without drinking or being masked.

But, secondly, Breed’s brazen defiance and dismissal of the criticism is tone-deaf to the extreme.

Of course, the mayor is right that people shouldn’t be micromanaged and ought to be able to enjoy themselves without every little aspect of their behavior being scrutinized. Yet her own order is the textbook definition of micromanagement! It punishes people with the full force of the law for doing exactly what the mayor did. Mayor Breed is, herself, “the fun police.”

The takeaway here is bigger than just one hypocritical politician, though. (Hardly a rarity). Mayor Breed is just the latest in a long list of literally dozens of high-profile politicians caught personally flouting the COVID orders that they supported and in many cases imposed on everybody else.

Taken together, the trend offers a reminder that concentrated power will never be wielded equally. As FEE Managing Editor Jon Miltimore explained, “As government control over the economy expands and free markets recede, privileges increasingly become the province of those in power or those who have proximity to power.”

Simply put, if we empower the government to police our intimate behavior, we shouldn’t fool ourselves — the elite will never have to play by the rules like everyone else. And if elite celebrities and politicians get to live their lives unrestrained, why shouldn’t we all?

Brad Polumbo (@Brad_Polumbo) is a libertarian-conservative journalist and Policy Correspondent at the Foundation for Economic Education. Copyright 2021 Fee.org. Republished with permission.