But no word yet on whether employees will be punished for saying "manmade," "the common man," or "mansplaining." 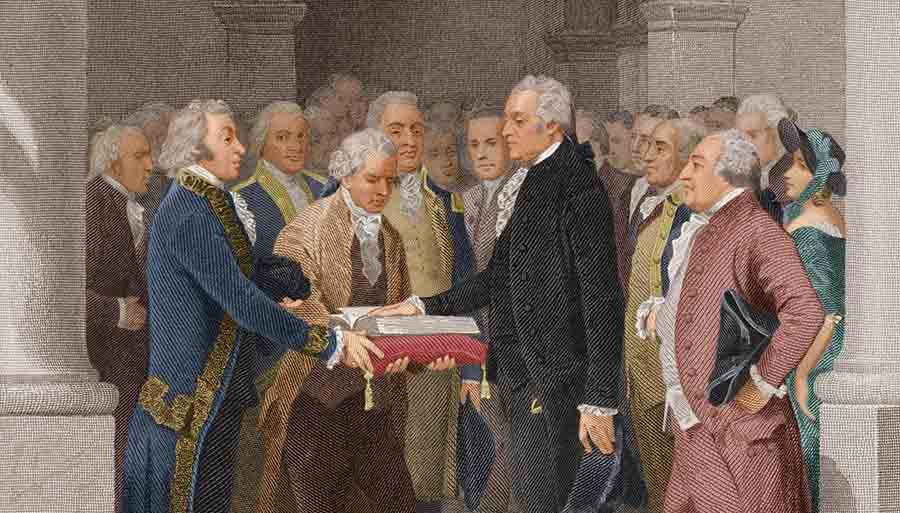 The effort to make language gender neutral just reached a richly ironic point. The City of San Diego warned its workers in a new manual on “Bias-Free Language” that gender-specific terms such as “manmade” and “the common man” should not be used.

Also problematic, according to the manual: “founding fathers.”

Because the manual was released so close to Presidents Day and traditional celebrations of America’s founders (the manual’s preferred term), the story quickly got online attention. Just as quickly, San Diego issued a statement saying workers are now free to characterize the framers of the Constitution in the traditional language.

“The ‘founding fathers’ reference was an example used in the correspondence manual, nothing more,”city spokeswoman Katie Keach said. “This example has been removed.”

Note that other gender-specific words and phrases will remain in the manual.

The California-based Pacific Justice Institute brought San Diego’s speech code to light when they sent a letter to Mayor Kevin Faulconer late Monday calling for the guidelines to be rescinded. The letter cites the more than 1,500 Supreme Court and lower court decisions that have directly invoked the Founding Fathers and quotes several examples from landmark cases.

I Am Not Dreaming of a White America