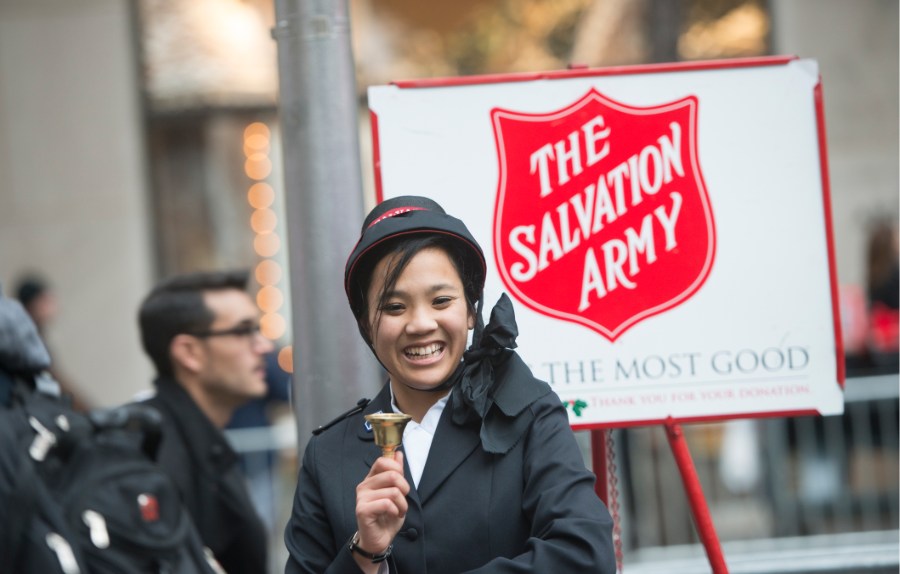 I feel like I lost a friend when Chick-fil-A apparently decided to throw Christians under the bus to curry favor with the LBGTQ crowd. Not that they could ever be “good” enough to please the radical gays because the goal is not really tolerance … it is forced acceptance and celebration.

But one thing that truly galled me in this whole scenario was the mislabeling of the Salvation Army. To think of the Salvation Army — which does so much good work for people of every race, creed, color, sexual-orientation, whatever — as somehow anti-gay is preposterous.

How is the Salvation Army a Hate Group?

A few weeks ago a singer from England initially refused to participate in a half-time show at a football game in Texas because it was to benefit the Salvation Army.

Singer Ellie Goulding, who later relented, said, “I am a committed philanthropist as you probably know, and my heart has always been in helping the homeless, but supporting an anti-LGBTQ charity is clearly not something I would ever intentionally do.”

By what criterion is the Salvation Army an anti-gay hate group? Because they do not let practicing, unrepentant homosexuals become leaders? Should GLAAD or other radical LGBTQ groups be forced, against their will, to have as leaders those who oppose their lifestyle?

This politically correct culture has lost any semblance of moral clarity to label a group like the Salvation Army as a hate group.

What if someone tried to force one of these LBGTQ groups to hire as a leader someone like Omar Mateen, a true anti-gay (and anti-Christian) hater, who shot up and killed dozens of homosexuals and lesbians at the Pulse Nightclub in Orlando?

Is it hate when the Salvation Army houses the down-and-out, including many homosexuals and lesbians? Or provides food for same? Or job-training to help them find meaningful employment?

By what definition of “hate” is the Salvation Army in anybody’s dictionary a hate group?

Because the SPLC Said So

This politically correct culture has lost any semblance of moral clarity to label a group like the Salvation Army as a hate group.

Why do they help anybody? I once had the privilege to interview for Christian television the worldwide head of the Salvation Army, General John Gowans, who has since graduated to glory, having died in 2012.

He told me, “There wouldn’t be a Salvation Army without a Savior … Without Christ, there would be no dynamo behind the Salvation Army; to push it forward and to even to bring it into existence. It depends upon a living Christ to exist.”

The dirty little secret of all this false-reporting of “hate” is that much of it comes from a self-proclaimed watchdog of “hate” in America — the Southern Poverty Law Center (SPLC) out of Montgomery, Alabama.

They have been scaring Northeastern liberals for generations against “hate” in America. The problem is that when the KKK, neo-Nazis, and skinheads (genuine purveyors of hate) became largely marginalized in our culture, the SPLC still wanted to keep the money flowing into their coffers through their direct mail appeals. So they started labeling legitimate Christian ministries as “hate” groups.

For the SPLC, It’s All About the Money

A few years ago my own employer, D. James Kennedy Ministries (which, by way of full disclosure, is on the SPLC’s “hate map” as alleged haters), produced a television documentary exposé on the SPLC.

For that program, Dr. Richard Land, president of Southern Evangelical Seminary, said, “The Southern Poverty Law Center has an aura of respectability because of its history. It came into being because of the civil rights struggle. And they were exposing white supremacist groups.”

“But,” continues Land, “they’ve now taken such a hard turn to the left, they’ve just fallen off the surface of the earth. And they just label people that disagree with any of the multicultural moral relativist views concerning transgenderism, homosexuality, etc., as being a hate group.”

Shame on those who would slander the Salvation Army as a “hate group.” Talk about “fake news.”

Since the early-2019 resignation of Morris Dees, founding director of the SPLC, and the forced ouster of its president, Richard Cohen, a lot of disturbing revelations about the liberal group have been reported — even among liberal media sources, like an article by a former SPLC employee, Bob Moser, in the New Yorker.

It is not hate when you show love, as the Salvation Army does. God bless them. Maybe Chick-fil-A will no longer give to them, but God will provide for this ministry through some other source. But shame on those who would slander the Salvation Army as a “hate group.” Talk about “fake news.”