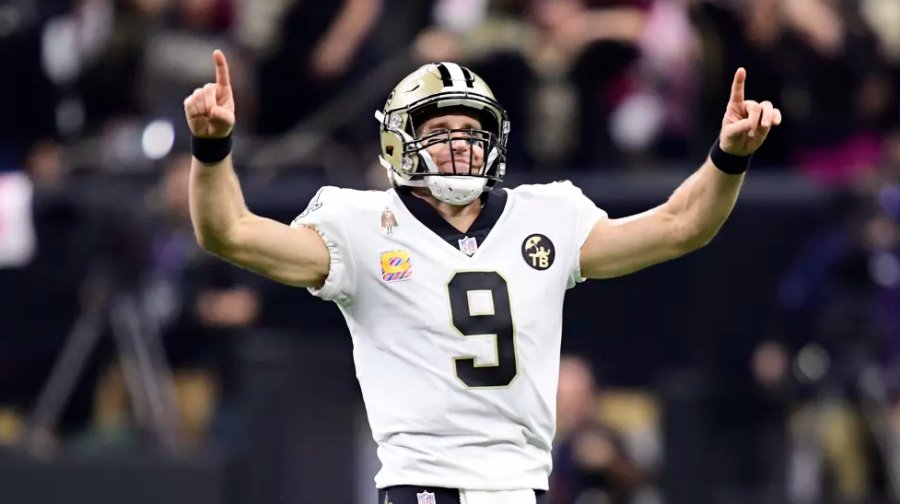 New Orleans Saints quarterback Drew Brees broke a record last night. Up until the second quarter in Monday night’s game against the Washington Redskins, former Colts and Broncos’ quarterback Peyton Manning held the all-time passing record. Not anymore. But it isn’t just the record people are talking about. It’s what Brees told his kids after his record-throwing pass.

In the end, Brees led his team to victory over the Redskins 43-19.

After the game, a reporter came to talk to Brees about the historic pass and what he said to his kids following the record-breaking throw. “Do you remember what you said to your kids?” she asked. “Well, it’s probably what I tell them every night before they go to bed, which is ‘you can accomplish anything in life you’re willing to work for,” said the emotional Brees. “Nothing’s given, everything’s earned. God has equipped us for great works and I tell them that every night.”

.@saltersl asked @drewbrees if he remembers what he said to his kids after breaking the record.

"It's probably what I tell them every night before they go to bed, which is … you can accomplish anything in life if you're willing to work for it." pic.twitter.com/boub15kcOh

Peyton Manning predicted the record-breaking toss back in June. “I don’t think it’s a matter of if, it’s just a matter of when,” Manning said. “He deserves it. He’s been a great player for a long time.”

Manning’s good sportsmanship was evident Monday night in a comedic video the Denver Broncos tweeted. “Drew, for a 1,000 days I’ve held the record for all-time passing yards in the NFL. I’ve got to tell you, it has been the greatest 1,000 days of my life. And thanks to you, that’s over now. You’ve ruined that for me. So thank you very much, I’ve nothing left to look forward to except slicing my tomatoes, making dinner for my family, putting together this wedge salad.”

Manning went on to congratulate Brees sincerely, saying he’d [broken the record] “the right way,” with a lot of hard work.

Kids: Be a Mara, Not a Snyder

NFL Coach Frank Reich Speaks Out on Faith and Work