Russia vs. the West is Just the Klingons at War With the Borg 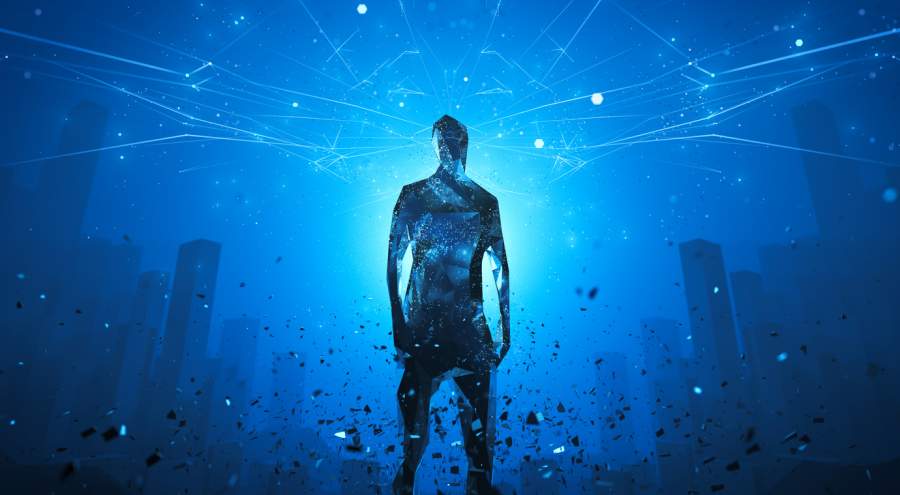 Gene Roddenberry’s Star Trek stands out from most other works of science fiction in one key way: It is optimistic. The series in all its various incarnations follows faithfully from its creator’s sunny, Enlightenment premise. Namely, that science, practical reason, mass education and the advance of technology will lead, in the long run, to mankind becoming more civilized. Poverty, gross inequality, and even private property become things of the past, as if Thomas More’s original Utopia had proven prophetic.

Man won’t succumb to one of the dark dystopias that so many thinkers predict, such as Orwell’s brutal totalitarian world socialism, depicted in 1984. Or Huxley’s hedonistic, mindless Brave New World. (Countless more dystopian works abound, from The Hunger Games to The Giver, from The Handmaid’s Tale to That Hideous Strength.) Nor will our technology prove more than we can handle, ending in an apocalypse that returns us to barbarism, as in the Mad Max movies.

No, in the Star Trek world, a final world war wakes humans up. They set up the equivalent of a world government, which soon encompasses many worlds: the United Federation of Planets. As humans explore the stars, they avoid the sins of European conquistadors and colonists. Instead, we encounter new cultures and welcome them as friends. Soon many join us as allies.

The Federation’s self-government, and interactions with other cultures, are bound by clear, rational, well-understood and widely accepted ethical codes. It’s as if philosophy turned out to be just like the natural sciences, with a clear progressive arc toward greater knowledge and certainty. The future is playing out exactly as Immanuel Kant imagined it would. Man no longer needs God, but remains patiently tolerant of those backward people or races who still believe that they do.

Dealing with the Reactionary Savages

Occasionally, the Federation encounters barbarous races that are still stuck in previous, more primitive stages of culture, such as the Klingons. This warrior people still practices ancient superstitious rituals. It lives not by abstract rules but an inherited code of honor — a shame culture like that of the Vikings or pre-World War II Japan. The Klingons still treasure warrior values and seek individual glory. Instead of ethics panels, they solve interpersonal conflicts via duels and family vendettas. They believe not in free trade but conquest, not in dialogue but confrontation. Co-existence between the Federation future and the Klingon past is always tough, and not always peaceful.

Our Elites Think They’re the Federation

The Federation in Star Trek is the self-image that liberal societies today project of themselves. They cast themselves as the guarantors of “universal human rights” as laid out in the charters of transnational authority such as the United Nations. They cooperate via enlightened organizations such as the European Union and NATO to defend their rationalist values against unenlightened, primitive forces still sunk in man’s pre-modern past.

Seen in this light, the war in Ukraine is a simple confrontation between the Federation versus the Klingons. That’s certainly how most media, and the establishments of both political parties, hope you will see the conflict: with obvious good guys and bad guys, and a clear need to help out the white hats.

“You will be assimilated.”

But neither real life nor even the Star Trek universe are quite so simple as that. To their credit, the Star Trek writers over the decades realized that rationalization, homogenization, and centralized rule by elites don’t always land people in paradise. The ideals of the Federation are every bit as subject to abuse as the instincts of the Klingons, and the outcome can prove far worse.

To explore the dramatic possibilities raised by this insight, they imagined The Borg. This is a political entity that seems like a parody of The Federation itself. The Borg has long ago sworn off old-fashioned loyalty to a given planet or race. It has fully embraced the power of post-modern technology. The Borg leaves no room for proud, honor-goaded heroes like the Klingons’. Because The Borg has developed into a perfect hive-mind, on the model of ants or termites. Technology transforms each individual into a cell of a hyper-organism, which thinks and acts as one.

Furthermore, The Borg sees as its mission the conversion of every sentient being in the universe into a cell of its own Collective. It infiltrates, influences, and finally takes control of entire planets — “assimilating” their gifts and strengths for the benefit of the Collective. Old languages, religions, cultures, and distinctive qualities disappear into the soothing, mindless conformity of a hive mind.

Russian Klingons vs. the NATO/EU Borg

I challenge the reader to consider what’s really going on in Russia. The same EU officials who pressure elected governments to impose same-sex marriage and legal abortion claim that they’re supporting “freedom” in Ukraine. The same American leaders who label concerned parents at school board meetings “potential terrorists” and censor the internet, call the Ukraine war a struggle for “justice” and independence. The same George Soros whose pet prosecutors hounded Jake Gardner to his death now claims to champion the rule of law in Ukraine. Are they the Federation heroes they imagine themselves to be? Or are they cells of a Borg that would swallow, transform, and liquidate every culture on earth — be it Russian or Ukrainian, Muslim or Christian?

Courageous Ukrainian patriots doubtless hope that they’re carving out a free, independent country. But the Borg queens won’t let that happen. The moment Putin’s thugs leave, the Soros and Clinton con-artists will flood in instead. Ukraine will be assimilated.

We cannot let propaganda narratives promoted by pathologically dishonest media whip us into war fever, or distract us from attacks on our rights and freedoms at home. Remember that stage magicians rely on sleight of hand to distract us from their trickery. So do corrupt politicians, and the crooked reporters who serve them:

Pay no attention to Mr. Biden’s laptop or electoral cheating, people. Nothing to see there. Trust us, if you’d direct your attention 3,000 miles to the East, we’ve got a very exciting war. It represents Good vs. Evil, like World War II all over again. Keep your eyes on the shiny object, people! We will direct you when to cry.