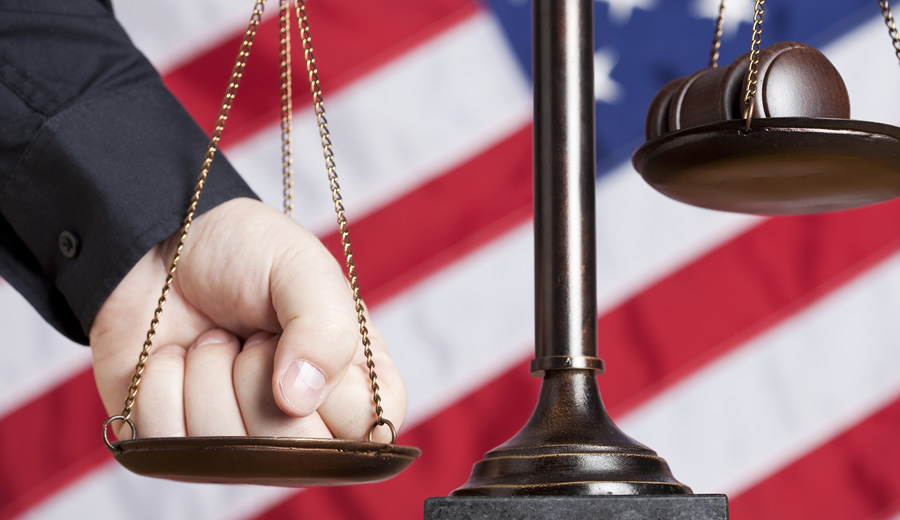 How did we end up with the George Floyd riots, which started shortly after his death one year ago? The answer is simple, if surprising: bad philosophy.

One of the most venerable maxims in Western philosophy tells us to pursue moderation in all aspects of life. In his writings on ethics, Aristotle codified this Socratic injunction in the phrase “The Golden Mean.” By this he meant what we’d call the optimum, the “sweet spot.” We seek the ideal and balanced approach to every moral question and personal habit.

This doesn’t mean that we must remain “lukewarm” toward everything, or especially the important things. Jesus warned against that, saying that he’d “spit out” those who only moderately loved God. But how do we love God, and each of the things He made? In due proportion, and proper measure, and in tension with each other. We love our friends and we love our country. But what if one of our friends betrays the country? Or commits a heinous crime? That’s just a stark instance of the regular tensions that emerge among the various things we love.

How do we properly love things, and treat each of them justly — giving each person and thing its due, no more and no less? Learning that makes up the study of a lifetime. To manage that is to practice what Aristotle and St. Thomas Aquinas called the highest natural virtue, namely Prudence. That word doesn’t mean “timidity” or “pragmatism,” though sometimes cowardly or unprincipled people hide behind it.

A soldier who loves his comrades and decides to throw himself on a grenade in order to save them might very well act prudently. The soldier who hides from combat, or foolishly runs into No Man’s Land and uselessly dies, does not. Prudence requires that we seek out the truth of a situation, and justly weigh varying claims, then act courageously but temperately.

The reason we have and need a system of justice is to rectify imbalances that emerge as fallen people strive to obtain what each thinks is his due. The system must discern by objective, valid standards based on reason who deserves what.

Likewise in our practice of the moral life ourselves, as fallen creatures with limited knowledge we face constant temptations. They affect each of our natural gifts and faculties. We can employ them to excess, or totally neglect them.

One of my previous books — and frankly, my favorite — was called The Bad Catholic’s Guide to the Seven Deadly Sins. Most books on that subject lay out only each of the deadly sins, and the virtues we ought to practice instead. But that’s incomplete. Because the opposite of each deadly sin is not in the fact the virtue — it’s a dangerous overcorrection against it, which is in itself a sin.

Stewarding All Your Talents

As I wrote a few years ago:

You can divvy up the whole moral life among seven faculties which God gave us to sustain us as social, rational animals. (Think of them as “talents.” How well are we investing them? Are they buried back in the yard?). Here they are, listed, each with the Deadly Sin that can emerge when we pervert them.

It’s not hard to see how each of the deadly sins is an abuse, overuse, or distortion of each of these faculties. But we can also err in the opposite direction. We can overcorrect against each one of the Deadly Sins, and end up in an opposite sort of sin. These overcorrections we might call the Seven Deadly Neuroses. Christians rarely talk about them. Indeed, too many earnest believers think that if a sin is so deadly that it made the list, the safe thing to do is to err as far as possible in the opposite direction.

Like throwing the switch on the water in your shower from freezing to boiling, that’s not a wise idea. In fact, it can also be deadly. Embracing overcorrections as virtues is the source of much of the dysfunction, weirdness, and ineffectuality we encounter in Christian circles — and of many “radical” stances taken by Christians that don’t do justice to people, their God-given dignity, or what they need to live freely and well.

No Room for Self-Proclaimed Prophets, or Fanatics

The virtuous road takes proper account of our own rights and our neighbors’, in any moral or political issue. We must seek the course that grants proportionate justice to all legitimate claims. That means we cannot seize upon a single supposed good and bulldoze ahead, ignoring every objection, and pretend that doing so makes us “prophetic.”

But that is precisely what Progressives (including Progressive Christians) do on countless issues, from poverty reduction to crime and public safety. They identify a genuine evil such as domestic poverty, or a rising murder rate in our inner cities. They get passionately involved in it, and rightly wish to correct it.

However, too many prove willing to abandon the principle of justice, and the Golden Mean, in the process. They seize upon what seems like the most obvious solution — get the government (usually the federal government) to use or expand its power to tax and coerce our fellow citizens. They rarely consider the unseen costs of their policies on other innocent citizens. They wave aside the violation of rights entailed in heavy-handed government action.

Ignoring unseen costs, or dismissing them as unimportant, is a deeply engrained habit on the left. In his classic work The Law, Frederic Bastiat summed this political tendency up as the “broken window” fallacy. He imagined a politician who was concerned for the fate of unemployed glassmakers. So he came up on the idea of breaking all the windows in his city, to create more work for glassmakers.

The downside of this ought to be obvious, but for too many people isn’t. What of the costs to storeowners? They must waste their wealth fixing windows instead of employing the money otherwise — giving other people jobs. What of the impact on glassmakers, who will come to feel entitled to state intervention on their behalf?

Of course, every tax dollar seized from citizens and dispensed by the government would otherwise have gotten used some other way. The tax-taker’s gain (minus bureaucratic cost) proves the taxpayer’s loss. No new wealth gets created. It just gets shifted via the government’s vast Rube Goldberg system, from one person who earned it to someone who did not.

The vast explosion of federal poverty programs resulted from Progressives taking this blunt-instrument approach in the late 1960s. They did so without regard for the predictable, numbing effects of multigenerational government dependence on the poor. For decades, conservative critics have documented how illegitimate births exploded after the federal government promised full support for every child conceived out of wedlock, via non-judgmental “entitlement” programs.

The opposite of each deadly sin is not in the fact the virtue — it’s a dangerous overcorrection against it, which is in itself a sin.

The result was millions of fatherless boys growing up with scant supervision and ending up in our prisons. That’s a real “unseen” cost of deciding to ham-handedly solve a social problem using government force. The “window” well-meaning liberals broke turned out to be was a social one. They shattered the taboo against pre-marital sex among poor girls, enforced by the all-too-real fear of destitution.

What collapsed was the inner-city family. Black out-of-wedlock birth rates skyrocketed, with white illegitimate births now following not far behind. We embarked on a bizarre social experiment. Its goal? See if the poorer members of our community really can grow up safely without stable families or fathers. All this at time when churches’ influence has been weakening, and elite embrace of the Sexual Revolution promised “free love” without any consequences.

The results are not encouraging. We see them in our prisons and in the abortion statistics, which have registered almost a million children destroyed each year since 1973.

Broken Windows on a National Scale After George Floyd

But how can we speak of the Broken Window fallacy after 2020 without pointing to all the glass that covered the ground in American cities, as mayors and governors, pastors and politicians, endorsed and enabled mass riots in more than a dozen US cities, allegedly to advance racial justice after the killing of George Floyd?

How many thousands of small business owners — disproportionately non-white — saw outside agitators from anarchist Antifa and Marxist Black Lives Matter stir up crowds to smash their plate glass windows, help themselves to their merchandise, and menace or even try to kill anyone who resisted?

Ceding Our Streets to the Mob

Ah, but all the looting, violence, theft, destruction, and terror were justified. Because a single good (equity in policing) must be pursued whatever the cost. Stoking violent mobs to terrorize whole cities seems like a legitimate tactic to revolutionaries. But how could the public officials sworn to enforce the law and preserve people’s rights cede control of the streets to violent mobs, while making reckless promises to “defund the police”?

The costs of the riots that occurred allegedly in response to the death of George Floyd were staggering: some 1-2 billion dollars in insurance claims, and at least 17 Americans’ lives. But the blue-state politicians who encouraged the riots are still in office now. (Indeed, Kamala Harris is now our vice-president). Most are rapidly back-pedaling on their crackpot promises to defund the police.

This comes after a tsunami of crime and violence in major cities in the wake of anti-police riots in 2020. The Epoch Times reports a “historic increase in shootings, murders, and other violent crimes. According to NYPD data, there was a 76 percent increase in shootings in March 2021, as compared with March 2020.” Mayor Bill de Blasio has abandoned his promise to defund the cops, and is seeking federal stimulus money to restore their budget.

“They swore, if we gave them our weapons, that the wars of the tribes would cease.”

We warned these people, of course. Now we must make the radical leftists who led the attack on police, and the cowards who enabled it, pay the political price. We must make sure that voters remember.

As Rudyard Kipling warned us in my favorite poem (which really needs to be a children’s book), the Golden Mean has a way of enforcing itself.