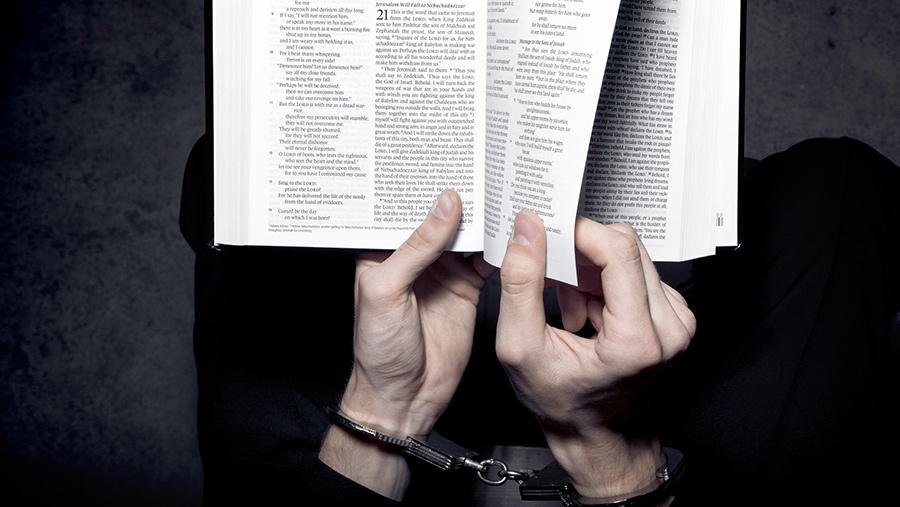 “Freedom of speech is the air that any thinker breathes; it’s the fuel that ignites the fire of an intellectual’s thoughts.” Raif Badawi dared to write such things in Saudi Arabia. And he exercised his own freedom of speech, asking questions about faith and challenging extremism in that country — so he was imprisoned for apostasy for 10 years. He was flogged, although he’s not yet received the 1,000 lashes he was sentenced to, because a doctor determined it was too much. He’s been separated from his young family since his detention in 2014.

His legal team has written of the various ways his imprisonment is unjust. In 2018, they wrote in Time: “His sentence of lashings was itself illegal — as physical torture is prohibited under the Arab Charter on Human Rights, ratified by Saudi Arabia in 2009, and the U.N.’s Convention Against Torture, which the nation ratified in 1997. The criminalization of Badawi was ultimately the criminalization of the protected rights he sought to exercise and of freedom itself.”

Badawi’s wife, Ensaf Haider, and their three teenaged children are currently refugees in Canada, praying for Badawi to be freed to join them as a Canadian citizen. Haider is a petite powerhouse, and one of the nearly 1,000 who traveled to Washington, D.C. this week for a summit organized by the U.S. Commission on International Religious Freedom (USCIRF).

Nadine Maenza, commissioner of USCIRF, is determined to see Badawi reunited with his wife and children. And while he is the most celebrated prisoner of conscience she advocates for, he is far from alone. The summit is brimming over with people with stories of attacks on freedom and humanity.

‘My Freedom is in Christ’

Mariam Ibraheem is a Christian from Sudan who has lived to tell the story of her death sentence. When she married a Christian man, she was informed she had broken apostasy law. She was raised by her Christian mother after her Muslim father abandoned her, so Sudan says she’s a Muslim apostate. She was imprisoned for refusing to recant her faith on Christmas Eve. She and her children were granted asylum by Italy in 2014 and they have since moved to the United States. From the stage at the summit, she declares, “My freedom is in Christ.”

At every turn, you run into someone extraordinary with a harrowing story. At lunch, I met an Ahmadi Muslim who is fighting blasphemy laws in Pakistan. Tursunay Ziyawudun, a Uyghur Muslim, described the “indelible scars” on her heart from the violence she suffered at the Chinese detention camps in Xinjiang. Others talked about the Iraq Christians who are languishing in a failing Lebanon, seven years after they fled from ISIS, not one of them having been granted refugee status. Iraqi Archbishop Bashar Warda was brokenhearted as he spoke about the men who are without jobs in Erbil.

Facing the ‘Heart of Evil’

Before I even entered the conference hotel on the closing day, I met Father Joseph Bature Fidelis, a Nigerian priest who, with the help of Aid for the Church in Need, ministers to women who have been tortured by the terrorist group Boko Haram. When he and his bishop became aware of the depths of torture these women had undergone, the priest went to Italy for psychological training. The majority of Boko Haram’s victims are Christian, but there are some Muslim women, too, who wind up in the Catholic Church’s care. Without going into details, he tells me that is it not unusual for these women to be raped in the most brutal ways. He talks to me about his own faith and how God has been with him as he’s faced the heart of evil and its ravages.

The Fragility of Religious Freedom

Here in the United States, we face some challenges, but nothing like these stories. Which is why it’s so critical to advocate for the persecuted and defend religious freedom at home.

As we move out of COVID shutdowns, where religion was often deemed essential by the state, let the persecuted remind us of the fragility of religious freedom.

UK Doctor Who Prayed With Patients Cleared After Investigation