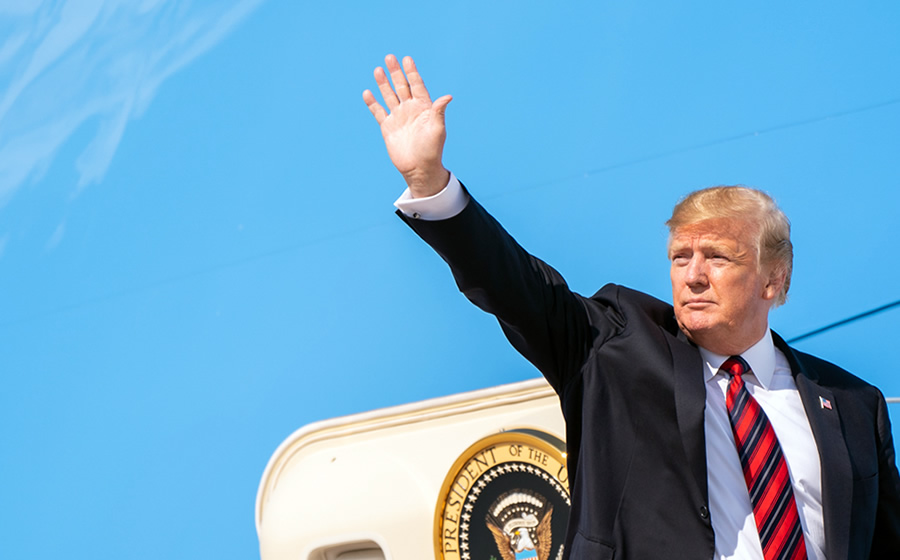 In my last article I talked about the place for lament, moving on from frustration, and praying for our new government — that it would promote justice and defend our first freedoms. We’re going to disagree with a lot of what comes out of Washington in the next two years. But we should do so winsomely, presenting our ideas as gifts. “The heart of the wise makes his speech judicious and adds persuasiveness to his lips” (Proverbs 16:23). We do well to reflect on this last season: What worked? What could work better in 2022 and 2024?

Past is prologue. Trump’s win in 2016 can only be understood by looking at what came before. In 2008, we’d had a two-term Republican president itching to go home. Given his awful poll numbers, he was mostly sidelined. Rather than articulate a vision for governance, he’d quip “history will judge me.” Yes, but so did the voters, who gave incoming President Obama a filibuster-proof Senate majority.

Then came 2012. After big wins in 2010, not just at the federal level but across many states, the GOP was itching for a fighter. Several candidates embraced populist themes — Huckabee, Gingrich, Santorum — but their vote would be divided, leading to Romney’s win. Aside from an impressive first debate, Romney often retreated from chances to draw sharp contrasts, especially in the third debate. He also seemed embarrassed about his wealth and religion. That added to his image of an out-of-touch plutocrat — something Obama’s folks achieved in promoting.

In 2016, Trump recognized that the GOP leadership was disconnected from their base, particularly on border security and illegal immigration. The working class was struggling with stagnant wages, the collapse of manufacturing, family disintegration, and an opioid epidemic. To boot, many social elites considered them racists, gun-clingers, and deplorables. Trump’s message amplified the populist themes from 2012: the forgotten men and women of this country would be forgotten no longer. Their champion loved them, saw them as the backbone of America, and would fight relentlessly for them. It was a winning message against an opponent with high negatives and a reputation for elitism and inauthenticity.

There were pluses and minuses in Trump’s 2020 run. On the plus side: Trump largely governed as he had run in 2016, giving many previously undecided folks reason to trust him. His policy achievements were remarkable. Trump’s policies raised wages, particularly for those at the bottom. Though Wall Street types were nervous about Trump’s less globalist approach, the financial markets did well, even post-COVID. Trump raised his vote tally in 2020 by some 10 million, gained 6% among black men, and 5% among Hispanic women.

So why didn’t he prevail? Aside from the election integrity issues — the GOP should push for meaningful reforms, like voter ID — I think we can boil it down to three biggies: COVID, communication, and character. On COVID, Trump’s interview with Bob Woodward would come back to bite him. Why say stuff like that on the record, knowing the media is less than friendly? In October, only a quarter of Trump voters viewed COVID as a very important issue. Others differed: Exit polling found that six in ten voters said rising COVID cases were a significant factor in their vote. Eighty-three percent of Biden’s voters said this compared with just 46% of Trump voters. Trump catching the coronavirus hurt him because it took him off the campaign trail. It also reinforced the seriousness of the disease.

The sobriety of Trump’s mid-March messaging on COVID should have been practiced in other venues. Better to under-promise and over-deliver. Don’t say COVID will disappear when it gets warmer. On mask-wearing, it looked odd to see Trump’s advisors saying one thing, but Trump doing another. Later, Trump did mask-up, but because it was later, he looked more like a follower than a leader.

On communication, I get that Trump’s love language is action. Actions matter! No doubt about that. But there’s a comforter-in-chief aspect to the job that I wish Trump had more fully embraced. There’s an empathy that Americans expect. A warm fuzzy they want to feel about their leader. Remember Bush’s arm around that firefighter in the New York City rubble? That kind of thing.

I thought George Floyd’s horrific death was an opportunity to make the kind of speech that Trump made on July 4th at Mount Rushmore. Our nation’s history is imperfect, but we fought a war to end slavery. The seeds of the civil rights movement were embedded in the Declaration of Independence. Most of our police are great people, not unconscious racists. But nobody is above the law. Until Jesus returns, there will always be sin in the world. We lament the experiences that some of our neighbors have had to endure. We have systems to correct for injustice.

Remember Obama’s race-in-America speech that kept Hillary from besting him in the 2008 primary? If Trump gives a conservative version of that kind of speech — showing a deep level of empathy for victims of injustice — maybe Senator Tim Scott’s police reform bill passes, giving Trump a big win alongside criminal justice reform. Scott and other Senators gave compelling floor speeches on the death of Mr. Floyd. Trump could have done something like that, on a larger stage.

Finally, character. By character, I mean personal discipline. It’s possible to be a fighter and presidential. Ronald Reagan showed us. Trump had the fighter part down. But he could be a loose cannon, impulsively straying off message. It made it difficult for some to support him — people that mainly agreed with him on policy.

Some Republicans now want to ditch all things Trump. That’d be a huge mistake. Trump brought back working-class voters the GOP hasn’t had since Reagan. Issues related to social mobility need to remain at the forefront. Education choice, alternative career pathways like apprenticeships, child tax credits, manufacturing support, safely reopening the economy, opportunity zones in struggling communities, and an “America first” posture to foreign involvements in China, the Middle East, and elsewhere. Republicans should recoil from anything that would ship jobs overseas, even if Wall Street would do well. Ditto for new wars. The forgotten men and women that Trump wooed in 2016 — they can never be forgotten again.

But that doesn’t mean the GOP needs to remain centered around Trump the citizen. It’s the ideas themselves, faithfully championed by leaders who communicate with clarity, empathy, and discipline, that will guide the party to future victories. Until then, the GOP needs to grow their trust with the public at large. Bring back those disaffected by Trump’s style. Work with the new majority where possible. Oppose where necessary. But do so winsomely, without being shrill or mean-spirited.