Is romantic love the highest love between two humans? 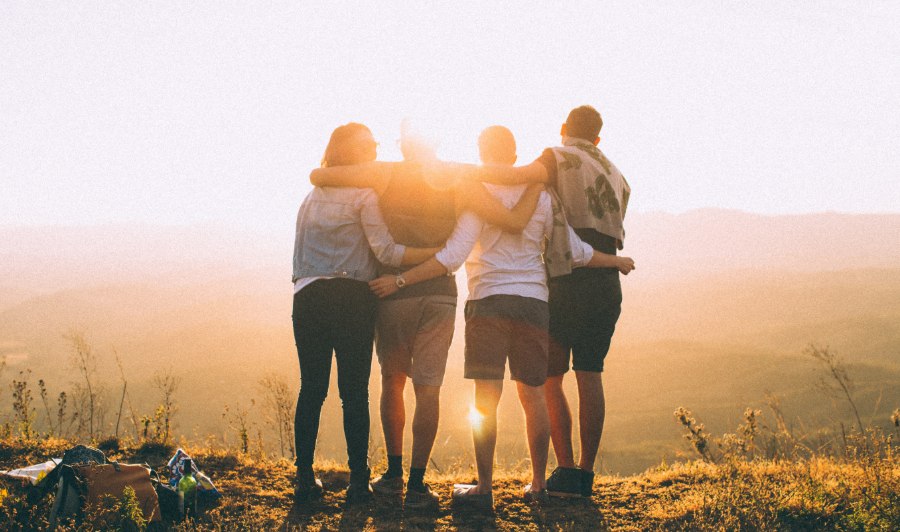 After the death of King Saul and his son Jonathan, David lamented, “I am distressed for you, my brother Jonathan; / very pleasant have you been to me; / our love to me was wonderful, / passing the love of women” (2 Samuel 1.26).

In The Iliad, upon hearing the news that Hektor has killed his best friend Patroklos in battle, “the black cloud of sorrow closed on Achilleus” (18.22). “My dear companion has perished,” he laments to his mother, “Patroklos, whom I loved beyond all other companions, as well as my own life” (18.80-82).

And King Arthur in Sir Thomas Malory’s Le Morte D’Arthur reflects on the loss of both Queen Guinevere and Sir Lancelot with these sad words, “I regret less the loss of my queen, for of queens I had my choice, than of our fellowship, which was surely without equal in Christendom.”

No, actually it isn’t. The notion that romantic love is the highest love is just another way in which our culture is odd.

How Courtly Love Carried Over

In a lecture at this summer’s Wyoming School of Catholic Thought, my friend and colleague Dr. Tiffany Schubert commented on how this notion of romantic love as the highest love arose rather suddenly and unexpectedly in the eleventh century in southern France. Prior to that, no one thought romantic love in such grandiose terms. In fact, friendship trumped romance at every turn. Then the Medieval troubadours began writing their love poetry, courtly love became all the rage. Today we still live in with that romantic and strangely Medieval idea of love.

Today we still live in with that romantic and strangely Medieval idea of love.

Not that we’re aware of it. We typically assume that the priority of romantic love has always been the case. As C. S. Lewis wrote in The Allegory of Love, “we are so familiar with the erotic tradition of modern Europe that we mistake it for something natural and universal and therefore do not inquire into its origins. It seems to us natural that love should be the commonest theme of serious imaginative literature: but a glance at classical antiquity or at the Dark Ages at once shows us that what we took for ‘nature’ is really a special state of affairs, which will probably have an end, and which certainly had a beginning in eleventh century Provence.”

When Friendship is Misinterpreted as Homosexuality

Reading homoeroticism into the stories of David and Jonathan, Achilleus and Patroklos, King Arthur and Lancelot would have been amusing nonsense only a few hundred years ago.

Yet about forty years ago, a friend who was dorm parent at a small Evangelical college told me, the school was full of lonely people. How could that be? Simple.

That is, Christian college students in the late-1970s reflected an updated version of the medieval troubadours’ new spin on love, believing that the highest love is romantic. That being the case, many found it easier to avoid all friendships in order to avoid being stuck with a friend in a sexualized, romantic box. And avoiding friendship, of course, brings loneliness.

But things don’t have to be that way.

The Beauty of Friendship Will Save the World

That recovery is painfully necessary in our day. What a change it could make. Aristotle also noted, “And when people are friends there is no need of justice, but when they are just there is still need of friendship, and among things that are just, what inclines toward friendship seems to be most just of all.”

Consider that in light of the angry rancor not only in American politics but in American society as well.

“Beauty will save the world,” wrote Dostoyevsky, and I suspect that begins with the beauty of friendship.