Ranchers’ Cause, Not Tactics, Gains Support in GOP Circles 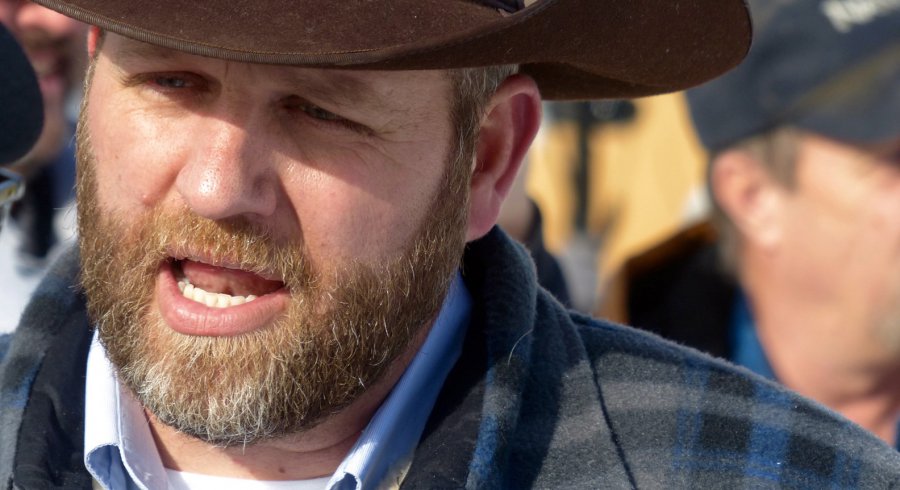 Ammon Bundy chats with a protester Saturday, Jan. 2, 2016, during a march on behalf of a Harney County ranching family in Burns, Ore. Bundy, the son of Nevada rancher Cliven Bundy, who was involved in a standoff with the government over grazing rights, told The Oregonian that he and two of his brothers were among a group of dozens of people occupying the headquarters of the Malheur National Wildlife Refuge. (Les Zaitz/The Oregonian via AP) MAGS OUT; TV OUT; NO LOCAL INTERNET; THE MERCURY OUT; WILLAMETTE WEEK OUT; PAMPLIN MEDIA GROUP OUT; MANDATORY CREDIT

This article is available to read at the Associated Press Archive Link here: http://www.apnewsarchive.com/2016/Republicans-widely-condemn-the-armed-standoff-by-ranchers-to-reclaim-federal-land-in-eastern-Oregon-but-their-goal-of-taking-back-some-of-Washington-s-vast-holdings-in-the-West-has-gain/id-0dad20e823214eadaf4d87ec5e66b101