Putin Wakes Up the Western Ostrich 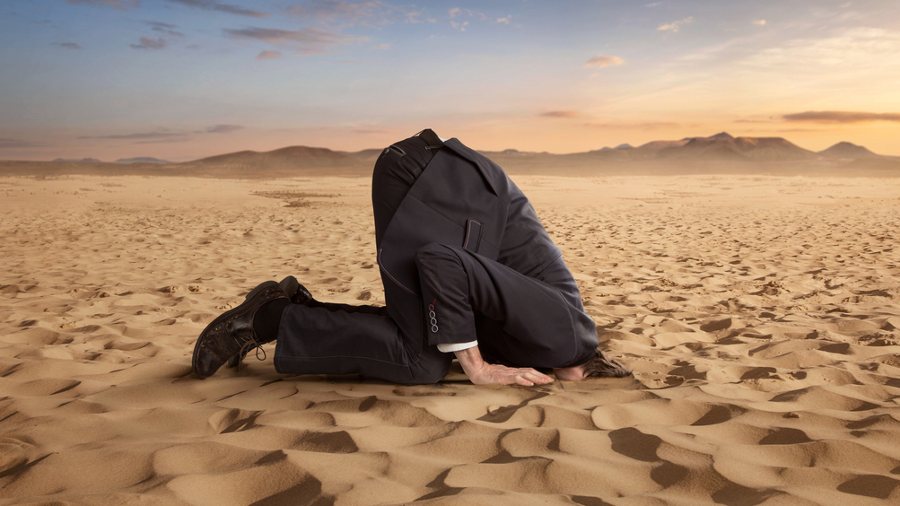 After the end of the Cold War, foreign policy experts across the spectrum assured us that things had changed. Wars of pure border conquest were over. Wars over oil would soon be a thing of the past. Instead, the increasingly intertwined world would move toward peace. Thomas Friedman suggested in his massive 1999 bestseller The Lexus and the Olive Tree that no two countries with McDonald’s would go to war with each other; Francis Fukuyama stated in The End of History and the Last Man that we had reached the “end-point of mankind’s ideological evolution and the universalization of Western liberal democracy as the final form of human government.”

The West set about proving these dubious theses by embracing what could be termed an ostrich foreign policy: a willingness to place security considerations last, and to pursue utopian goals with alacrity. Germany spent decades making itself more dependent on Russian natural gas and oil in order to pursue the dream of green energy, meanwhile slashing its defense budget as a percentage of GDP. France acted similarly. So did the United Kingdom.

Now, as the West is finding out, ending war is a game that requires two players.

The West banked instead on more economic interdependence via the International Monetary Fund and World Trade Organization, more diplomacy at Davos and the United Nations.

Most of all, the West banked on its own unwillingness to recognize reality. When, in 2012, Mitt Romney made the crucial error of reminding Americans that Russia was a geopolitical foe, President Barack Obama openly mocked him. So did Obama’s compliant media. The 1980s had called, and they wanted their foreign policy back.

The West Looked the Other Way

When aggressive global competitors made clear that they did not buy into the West’s vision of a grand and glorious materialist future combined with welfare statism — that they believed their own national histories had yet to be fully written, and that their centuries-old territorial ambitions were still quite alive — the West simply looked the other way. When Russia invaded Georgia in 2008, the West did nothing. When Russia invaded Crimea in 2014, the West did nothing. When China abrogated its treaty with the U.K. and took over Hong Kong in 2020, the West did nothing. And, of course, President Joe Biden precipitously removed American support for the Afghan regime, toppling it in favor of the Taliban.

The West decided that it would make a war-free future a reality by simply ending war.

Shocked Back Into Reality

Now, as the West is finding out, ending war is a game that requires two players. Russian President Vladimir Putin saw Western weakness as the impetus for his final grand strategic move: the destruction and occupation of Ukraine. And the West has been shocked back into reality: yes, opponents of American hegemony are territorially ambitious; yes, they want more than mere integration into world markets; yes, they are willing to murder and invade in order to achieve their goals. Times and technologies may change, but human nature remains the same.

As George Orwell wrote in 1940 about the rise of the Nazis,

Nearly all western thought since the last war, certainly all ‘progressive’ thought, has assumed tacitly that human beings desire nothing beyond ease, security and avoidance of pain… Hitler, because in his own joyless mind he feels it with exceptional strength, knows that human beings don’t only want comfort, safety, short working-hours, hygiene, birth-control and, in general, common sense; they also, at least intermittently, want struggle and self-sacrifice, not to mention drums, flags and loyalty-parades.

The West rose to meet Hitler’s challenge. It appears that the West is rising again to meet the challenge of Russian aggression. We can only hope that the West’s newfound commitment to a very old idea — the idea that only a sense of Western purpose combined with some very hardheaded thinking about hard power can preserve freedom — lasts longer than Putin’s invasion. If it doesn’t, the reshaping of the world order will continue, to the lasting detriment of a West that is only now removing its head from the sand.

Ben Shapiro, 38, is a graduate of UCLA and Harvard Law School, host of “The Ben Shapiro Show,” and editor-in-chief of DailyWire.com. He is the author of The New York Times bestsellers How To Destroy America In Three Easy Steps, The Right Side Of History, and Bullies. To find out more about Ben Shapiro and read features by other Creators Syndicate writers and cartoonists, visit the Creators Syndicate website at www.creators.com.