Putin’s Missile Sale to Iran is Retaliation for Ukraine 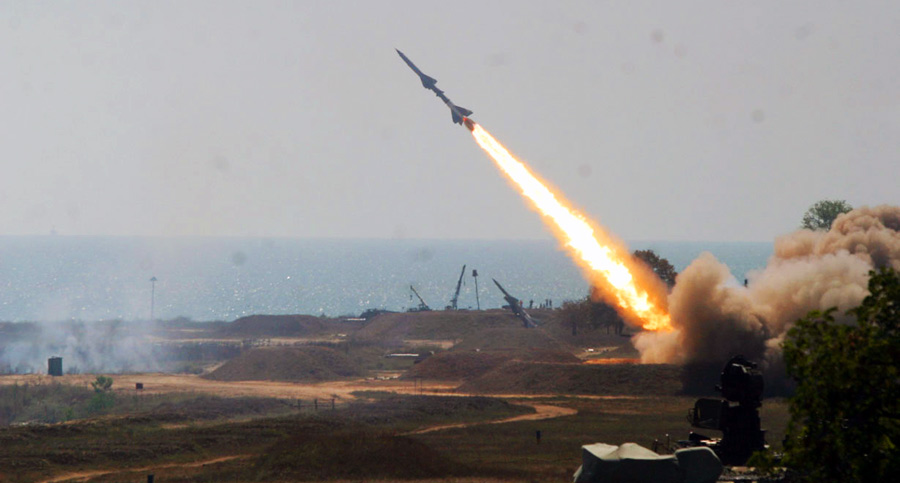 Why did Russia announce on Monday that it would sell it S-300 air defense system to Iran after years of hesitation? One might as well ask why Karpov used a rook rather than a bishop against Korchnoi in his celebrated 1988 endgame: he had a rook, but didn’t have a bishop. Outside its immediate periphery, Russia has only two means of projecting power, namely energy and arms. A declining but still significant power, Russia still makes some of the world’s best anti-missile and anti-aircraft systems, and deploys them on the chessboard of its strategic vision.

M.K. Bhadrakumar’s learned and informative commentary in the Asia Times on what he calls a new Russian-Iranian axis and a Russian “red line” for US policy makes no mention of the most important word in the whole mix, and that is, “Ukraine.” It has been obvious since no later than 2005 that Russia might retaliate for American efforts to pry Ukraine away from Russian influence by thwarting Western interests in the Persian Gulf. I warned in Asia Times on Dec. 6, 2005:

Russian President Vladimir Putin fears instability on Russia’s borders, but he cannot persuade Washington to desist from stirring the pot. Russian military cooperation with Iran provides him with a bargaining chip to use against Washington’s designs on what Putin considers a Russian sphere of influence.

I repeated the warning in 2008: “If Washington chooses to demonize Russia, the likelihood is that Russia will become a spoiler with respect to American strategic interests in general, and use the Iranian problem to twist America’s tail. That is a serious risk indeed, for nuclear proliferation is the one means by which outlaw regimes can pose a serious threat to great powers.” And I repeated the warning on numerous occasions through 2015.

The American State Department is a patzer in chess argot, a beginner who can’t think two moves ahead. It never seems to have occurred to Washington that its embrace (if not its sponsorship) of the Maidan Revolution in Ukraine would prompt counter-moves by Moscow, including a new rapprochement with China and the “Russian-Iranian axis” that Bhadrakumar projects. Some American officials, for example Assistant Secretary of State Victoria  Nuland (of “f*** the Europeans” fame), actually believed that Maidan would be repeated in Red Square.

Other factors bear on Russia’s decision, to be sure: as Bhadrakumar observes, America has toughened its position regarding the possible deployment of anti-ballistic missile systems in Europe over Russian objections. That is a Russian concern, to be sure, but the rancor over prospective ABM deployment in Europe itself is a result of the Ukraine crisis. There is a broader issue at stake, to be sure, namely whether technology gives advantage to offense or defense in missile technology. Giving Iran the S-300, a generation-old system (in a yet unspecified version) has no bearing whatever on Russia’s competitive position in missile technology.

Another factor in Russian calculation is the Obama administration’s attempt to embrace Iran as a prospective ally, to give the Persian pocket empire a seat the big table (“include Iran in the regional strategic architecture” in American diplo-speak). The White House appears ready to ditch the sanctions regime in return for a vague Iranian promise of good behavior, so why should Russia continue to enforce the sanctions regime? Russia has jumped the gun, as Bhadrakumar observes, but it has done so in the expectation that the sanctions will be gone within months. Russia’s submission of its own bid for influence with Iran is hardly surprising.

We do not know what version of the S-300 Russia proposes to sell to Iran: The system itself dates to 1979 and is available under twenty different official designations, and in countless configurations. Whether it will deter Israel (for example) from attacking Iranian facilities is also unknown. Russia sells no military system that it cannot defeat, and countermeasures to its missiles are for sale at some price. As is its usage, Russia has forced the burden of uncertainty onto its opponent. Russia has an inherently weaker position, but is a superior player.

What should America have done differently? First, severing Ukraine from Russia was not an achievable goal (whether or not it was desirable). America should have proposed a Saarland solution for Crimea and Donbass: let them vote to join Russia if they so desired. The remainder of Ukraine, as Angelo Codevilla has observed, would have been Catholic and pro-Western. The US should make clear that it has no strategic interest in Ukraine and no ambitions for regime change in Moscow. Second, Russia has no claims whatever on what ABM technology we develop or sell to others, and we should make no concessions there. If the Russians don’t like the system we build, let them build their own. Third, we should crush Iranian ambitions to build nuclear weapons, rather than deluding ourselves that Iran is a prospective strategic partner (there has been a lively debate on this blog among Messrs. Bailey, Codevilla and Ledeen on how best to accomplish this).