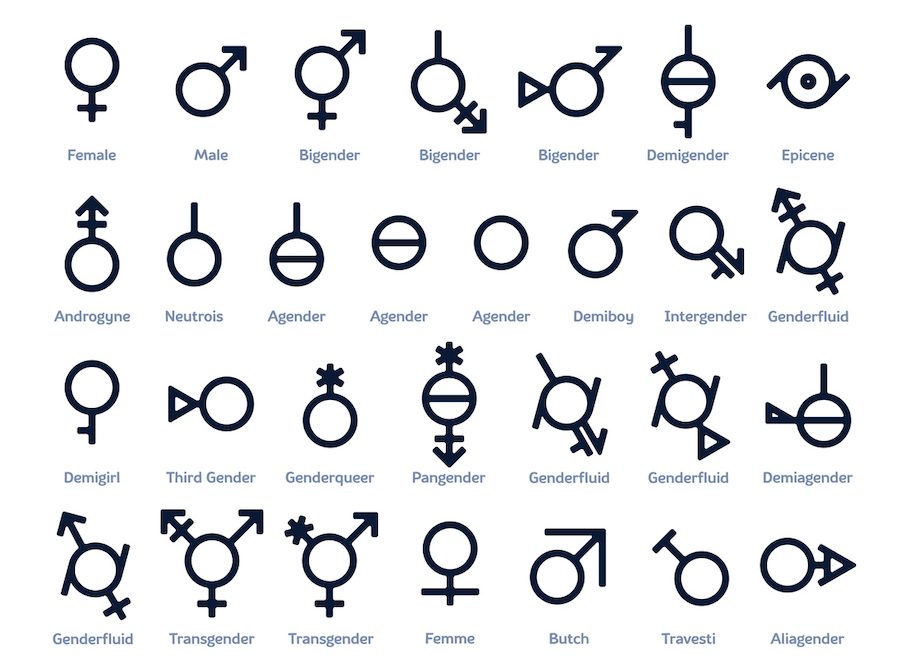 To hear college students and corporate consumer-product commercials tell it, gender fluidity is so normal, popular even, that they’re simply communicating these ideas as a way to reflect the new progressivism in America.

Only that’s not exactly the case. Their ideas aren’t at all in sync with the rest of the country.

Still, that doesn’t stop college students from talking about the “infinite” number of genders, or corporations from selling Sprite with a commercial about transgenderism and breast-binding to boot, minus any mention of the soft drink itself.

A June 2019 Gallup poll reported Americans greatly overestimate the size of the gay and transgender population in the United States. The reason seems apparent: LGBT-perpetuated concepts of gender fluidity are ubiquitous, even sensationalized, within higher education and in ad campaigns for consumer products.

In a video PragerU.com produced, Will Witt went to the University of California at Berkeley and asked a number of college students, both men and women, how many genders exist. Answers ranged from “infinite” and “like, five or six, maybe,” to “gender is a construct that’s made up” and “like, 72-plus or something.”

While most students were unable to name more than a half-dozen “genders,” all of the students Witt’s video clip showed sounded absolutely sure there were multiple genders.

Most of the rest of America disagrees.

More than half of the adults in a 2017 Pew Research poll said they think sex is assigned at birth: 80% of respondents who lean Republican think one’s sex is either male or female, while 34% who lean Democratic do.

An Ipsos poll found that among Western countries, Americans are most likely to think that transgender people have a mental illness, and they are the most likely to “say that society has gone too far in allowing people to dress and live as one sex even though they were born another,” although both of those positions represented only about one-third of American respondents.

So, Americans have yet to fully embrace the concept that gender is “fluid” and that a person can transition from one gender to another, yet it’s presented at colleges as a common belief.

The Binding Health Project at Boston University, which specifically studied the impact of chest binding on transgender people, showed that most people who did chest binding had experienced at least one negative outcome, including “pain, overheating, and shortness of breath.”

Even though the ad was apparently released in time for a gay pride parade in Buenos Aires, the commercial has nothing whatsoever to do with selling or drinking Sprite.

In like fashion, a number of ads released in June for America’s “Pride Month” celebrate the LGBT community even as the products they are supposedly pitching are hardly mentioned, even though gender fluidity is hardly a recognized concept among the rest of America.

It’s not unlike “Latinx,” the progressive, gender-neutral alternative to Latino or Latina used at some universities. But Mario Carrasco of the market research agency Think Now reports, according to his survey on the issue, only 2% of Hispanics polled even like or use that term.

While all this corporate shilling for gender fluidity and “woke” progressivism on college campuses doesn’t reflect mainstream America’s views, it does hurt young people. This faux popularity can influence more teenagers to reject the concept that gender is binary.

Young people are probably the group most susceptible to commercials. That in turn could lead to peer pressure within the group to be transgender even though they aren’t.

Dr. Lisa Littman, a Brown University School of Public Health assistant professor, calls it “rapid-onset dysphoria” — that is, dysphoria as a social contagion, in much the same way youths used to get drunk or get high because of peer pressure to do so.

Littman was widely criticized for the study, despite its scientific basis and logical conclusions: Adolescents and teenagers are heavily peer-sensitive in every other respect, so why not also when it comes to this?

College campuses and corporate marketing campaigns exert great influence over the country’s psyche, especially the younger population. But don’t buy what they’re selling: They’re not actually in sync with the rest of America.