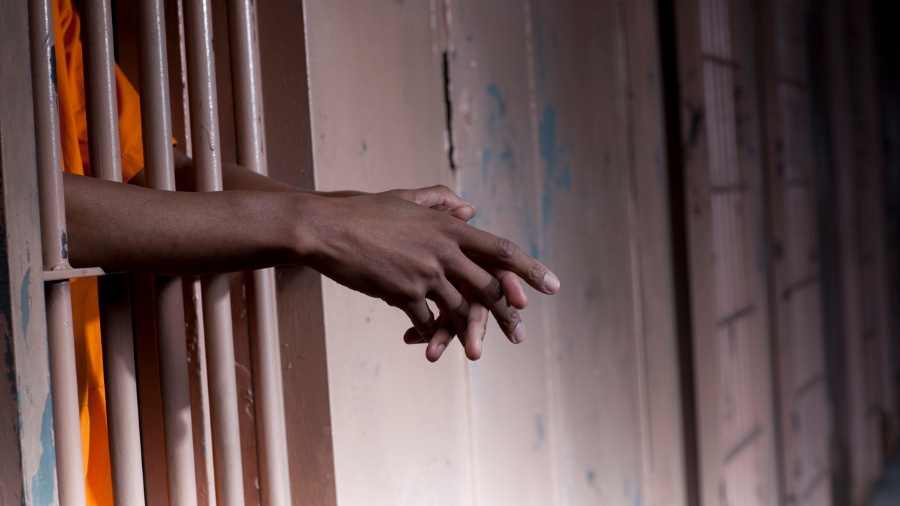 African Americans still have a long way to go when it comes to fairer treatment by the criminal justice system, a New York congressman said at a recent gathering of black lawmakers.

“The mass incarceration epidemic is something that has been with us now for almost 50 years,” Rep. Hakeem Jeffries, D-N.Y., said during a panel discussion on criminal justice reform during the Congressional Black Caucus’ 48th annual legislative conference.

“In 1971, when [President] Richard Nixon declared drug abuse public enemy No. 1 … that’s what began the war on drugs,” Jeffries said.

Jeffries called it a failed “war on drugs,” and said that at its start, fewer than 350,000 people were incarcerated in America. Now, he said, 2.2 million are incarcerated, many of them black or Latino.

The New York lawmaker said America is far behind the curve in its criminal justice system compared to other countries.

“The mass incarceration epidemic is a stain on our society,” Jeffries said. “Shameful that the United States incarcerates more people per capita than any other country in the world, including nations like China and Russia combined. And so this is clearly something that needs to be addressed with the fierce urgency of now.”

It wasn’t clear where Jeffries got his numbers on China and Russia, or why he thought them reliable.

The Congressional Black Caucus, which counts 55 members in the House and Senate, held its annual meeting Sept. 11 to 15 at the Walter E. Washington Convention Center in Washington, D.C. The discussion of prison reform took place Sept. 13.

Dyson, a contributor to liberal outlets such as The New York Times, The New Republic, and MSNBC, said schools targeted some children with “socially disruptive behavior” but “ignored” others.

“Think about the report that came out from Amnesty International that said the same offense in school for young white kids … led them to be [patted] on the back of their hands: ‘Don’t do that again, Johnny and Sally.’”

Dyson said a similar offense at school for African Americans or other minorities would elicit a much more severe response, with students being treated “in rather [a] disruptive and aggressive fashion.”

He said school policies such as detention can precipitate problems and criminal activity down the road.

“And then [there’s] the stigma of being put in detention,” Dyson said.

With detention, he said, teachers and administrators label certain students, producing “a greater likelihood of jail, and jail becomes a warehouse for prison.”

“That pipeline is fed by poor schooling, inadequate housing, tremendously impoverished neighborhoods that … are a lethal cocktail when consumed by members and citizens of these communities,” Dyson said.

Topeka K. Sam, another panelist, said she was arrested in 1995 as part of a federal drug sting and served time in prison. She went on to found Ladies of Hope Ministries, an organization that helps female inmates transition back into society.

Sam said women who end up landing in prison for drug crimes often do so because of abuse and other issues outside their control.

“One woman told me she was being raped by her dad [who] gave her heroin and [said] the pain will go away,” Sam recalled. “And another young woman told me that all the time she’s able to spend time with her mother is when they smoke crack together.”

Sam said she has seen women commit drug crimes to help cope with life circumstances they feel trapped in.

“I learned that the women … didn’t necessarily have a choice, that a lot of times the people that were closest to them and that were supposed to protect them were the ones that caused a lot of harm,” she said.

Matthew Charles, who was released from prison because of the criminal justice reform legislation signed by President Donald Trump in December, said the reform movement is just getting started.

Charles was convicted of drug offenses and illegally possessing a gun, and served 21 years in prison on a 35-year sentence.