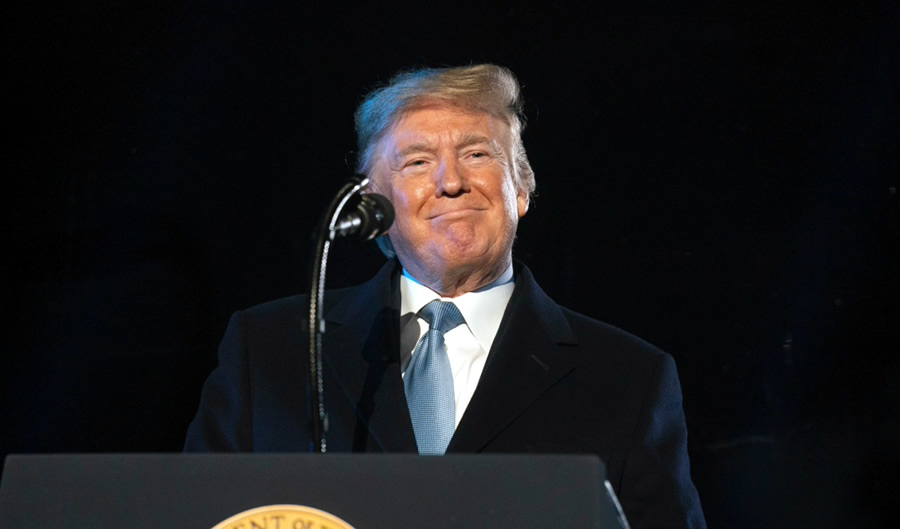 Admit it. You’ve seen Animal House. Maybe not 13 times in the theater in one summer as I did as a young teenager. But you have seen it. You remember how the thuggish Dean Wurmer schemed to shut down Delta House. (Which arguably deserved it.) When he fumed at their defiance, and learned they were already on probation, he schemed with members of rival frats, and put them on “double-secret probation.” Which meant absolutely nothing.

Just like “obstruction of Congress.” In our system built on the separation of powers, obstructing Congress is often the president’s job. Just as it’s Congress’s job sometimes to obstruct him. And the courts’ role to obstruct one or both of them. And for them to obstruct the courts. That’s what happens when you don’t want to crown a Tsar. Or to set up a system like the British one, where all power drained from the king into the absolute hands of Parliament. It’s our safeguard against tyranny.

Or “abuse of power” as applied to the president’s negotations with foreign countries. If Barack Obama wasn’t abusing power when he asked (on a hot mike) for Russia’s president to rein his ambitions in till after Obama’s re-election … ? Then Trump did nothing wrong even if (as he denies) he asked Ukraine’s president to investigate Joe Biden. Partisan double standards are for banana republics, which is what the Democrats and their RINO enablers almost made this country. Were it not for the 2016 election.

Just as an exorcist knows how serious the situation is when his client gets violent, we can judge how corrupt and dangerous our nation’s elites really are by the past three years of sabotage and “resistance.”

We realize with a shudder how bad the GOP really got when we think back just seven years and remember, “We nominated Mitt Romney.”

That’s not like flipping on the merits of auto bailouts or voter ID. It’s like switching sides in the Cold War, several times, as you found it convenient. It’s the kind of thing small-time despots like Saddam Hussein used to do. Or hack politicians like Pierre Laval, who spent the 1930s as a left-wing socialist, then served the Nazis during the Vichy regime. Of course that’s not really fair. Laval actually got to be Prime Minister once, on his own talents. That’s higher than Romney will ever climb.

“Give us the Precious! We wants it! It’s our birthday present, gollum, gollum!”

In his statement on the vote to remove Donald Trump from office (and thus, elect Bernie Sanders in November), Romney said he was putting aside his “personal feelings.” We know pretty well what Romney’s personal feelings are about anyone not named Mitt Romney getting to be U.S. president. They amount to, “Give us the Precious! We wants it! It’s our birthday present, gollum, gollum!”

Apart from him begging for Donald Trump’s endorsement, then voting to remove him on frivolous grounds, and changing his stance on unborn life several times like a sweater … . How do I know that Romney’s sole political principle is personal advancement? That if he could become U.S. president with the nomination of the North Korean Communist party or the Muslim Brotherhood, he’d probably do it?

Well, perhaps Romney had … other reasons than principle to punish Trump for investigating Biden. The Federalist reports that a top Romney adviser worked alongside Biden’s son Hunter for that shady Ukrainian energy company.

Or ask Romney’s 2012 press secretary what he thinks. He told The Washington Examiner: ““I believe Mitt Romney is motivated by bitterness and jealously that [Trump] accomplished what he has failed to do multiple times.”

You can learn a lot about people from their friends. Even more from their subordinates and how they habitually act on those people’s behalf. Or at their command. Show me someone surrounded by ruthless men of zero integrity, and I’ll know what to think of him: he’s either a hapless dupe, or exactly like them. I think we can acquit Romney of being some naïve innocent.

I was national grassroots director of Brownback for President. I had several businessmen who’d endorsed Brownback come into my office. They were shaky. One of them started crying. I asked what had happened. Each one of them said that Romney’s chief guy in the state had threatened them. If they didn’t switch to Romney, he promised ‘consequences’ for their livelihoods. That’s the kind of operation Romney ran. Because it’s the kind of man he is. That’s when I realized he wasn’t just unreliable on life and other issues, but that he is a ruthless, cruel and ambitious person.

That’s the best explanation for Romney’s behavior over the decades. For his flip-flopping, betrayals, and moralistic poses. And it’s the reason that Majority Leader McConnell should boot Romney off every committee he serves on in the Senate. If Romney wants to vote with the Democrats, let him caucus with them, too. At least now we Republicans are finished with him.

Let Romney join the rest of the GOP NeverTrump faction, huddled together on the Acela Quiet Car (which can fit them all). Let them continue riding back and forth from Manhattan to D.C., over and over, in case America needs them. Those are the only two parts of America they care about, or which will soon remember them.

There’s only one thing sadder than being Fredo Corleone. And that’s thinking you’re Michael. But that is a different movie.