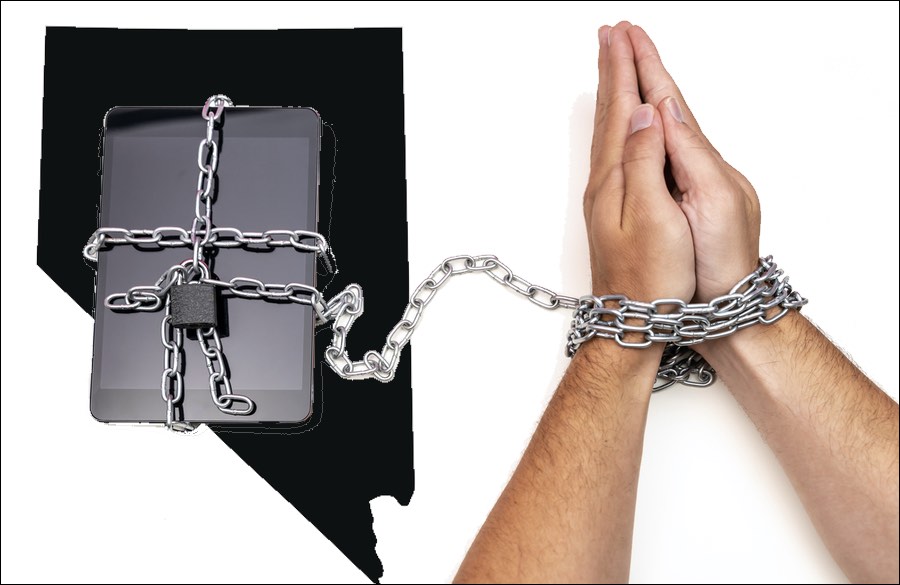 The Supreme Court could not have said it more clearly than they did last weekend in their Nevada decision: Religious freedom is no longer protected in the United States. Not even the freedom of religious assembly. It was perhaps the last shred of uncontested freedom Christianity has enjoyed here, but now it’s up for grabs. The case literally places Nevada Christians under a condition of persecution.

And it was such a minor case in many ways. Its immediate effect is nothing so earthshaking as the Court’s decisions in Roe v. Wade or Obergefell. The decision’s small scope actually underscores the contempt the Court with which the Court treated the First Amendment. It should have been so simple, yet they blew it.

Here’s what it was about. Nevada coronavirus restrictions permit casinos, theaters, and restaurants to operate at 50 percent capacity with proper social distancing. Houses of worship, however, are limited to gatherings of no more than 50 people — even in a 2,000-seat auditorium! A Nevada church asked the Court to issue an injunction, placing churches under the same rules of assembly as other establishments. How easy the right decision should have been! How little controversy it would have sparked!

They didn’t make that easy, correct decision, though. Without any explanation, a 5-4 majority chose to deny Nevada religious groups their freedom of assembly. The message was clear as could be: The Court doesn’t care about the First Amendment.

We’d Better Get Used to It: The Constitution No Longer Protects Us

This should scare us. Seriously. It means the Constitution no longer serves functionally as the guard protecting our freedoms. The court has taken that away, stripping the Constitution of all its intent, and all of its power. Our freedoms no longer rest in our charter but in the unaccountable hands of nine unelected men and women.

I pray they’ll keep on meeting. It’s fundamental; it’s how the Church is supposed to express itself, gathered together in worship. I recommend they draw their blinds.

And if they can do that, there’s no reason to doubt they’ll do more. Of course believers must fight against it through all legal means, including elections. It happened even when we thought we had a conservative Court. Victories don’t always turn out to be victories. So even as we hope for a turnaround bringing real victories, we’d better get used to the idea that the Constitution is no longer our protection.

Thank the Supreme Court for Reminding Us Where Our Trust Belongs

Do not think, however that this is the counsel of fear, though. Neither is it the advice of one who’s already given up the game. For Christians, at least, it’s actually a return to reality.

We’ve been accustomed to thinking our religious safety resides in our Constitution for our religious protection. Maybe we can thank the Supreme Court for reminding us that’s not the case. God is our refuge and strength. He is our rock our the fortress, the trustworthy One on whom we depend. Why wouldn’t we count on Him more than the Constitution?

Generations of believers in countries everywhere throughout history have worshiped together without constitutional protections. Gathering as the church is fundamental; it’s how Christianity expresses itself. Christians worldwide have done it consistently regardless of the very real risks it often puts them in. To be restricted from gathering is to be persecuted; it’s part of how persecution is defined.

Although the persecuted church’s situation seems unfamiliar to Americans, it’s probably numerically more common than ours. We think it’s normal to be able to trust in the Constitution, when most of the history of Christianity tells us the true normal thing is to trust in God.

So let us at least thank the Supreme Court reminding us of that eternal truth. We must trust in God; not in man, not in government, not even in something as great as our nation’s Constitution. That’s a valuable lesson, and we would do well to make the most of it.

No Thanks for Legalizing Persecution, Though

There isn’t much else we can thank the Court for this time, though. Certainly not their poor example of legal reasoning — indeed of reasoning, period. We certainly can’t thank them for any semblance of respect for the Constitution. And definitely not for setting this precedent. Assuming this trend continues, and it shows no sign of abating, Christians will become a persecuted minority, both in social fact and in law.

When a government singles out churches and tells them not to gather, that’s persecution. By definition.

Pray for the Persecuted Church

Thirty-seven years ago I spent a summer in a communist country, leading a small group of American Christians bringing the good news of Jesus to the people of that land. We traveled openly as tourists and as students. But when it came to worshiping together, we were forced to keep that secret.

The full effect of those clandestine meetings did not come clear to me until after my return home. I was at an evening meeting at our pastor’s home, praying with my back to an open window. I felt gripped with the residual worry, “What if they see me?” I’d have felt calmer with the blinds drawn.

That discomfort faded quickly, naturally. The risk wasn’t real. Not at that place, not at that time.

I pray they will keep on meeting. It’s fundamental; it’s how the Church is supposed to express itself, gathered together in worship. I recommend they draw their blinds.