Pray for Me. I Struggle with Homosociality

The left pathologizes everything it touches, except for a few sacred cows and fetishized victim groups. 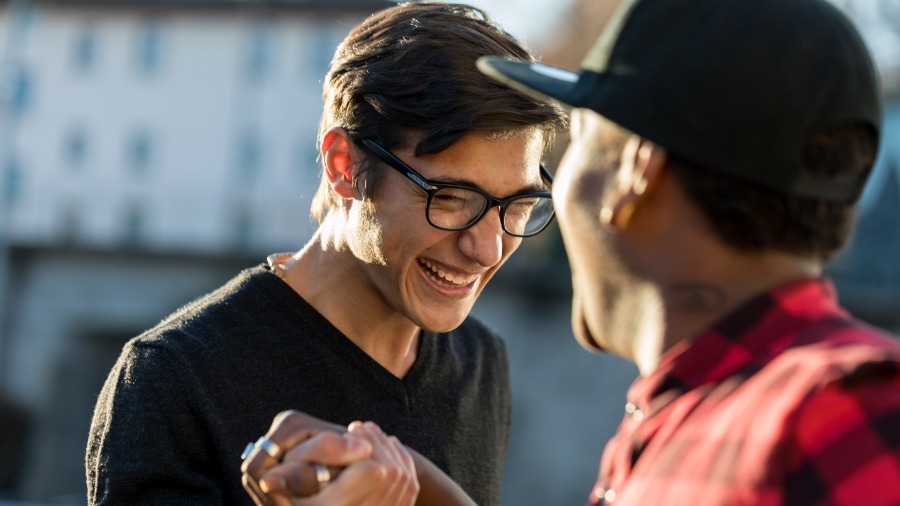 I am afflicted with homosociality.

Before I explain my diagnosis, a little background. For the past year I’ve been producing a series of articles about the fall of 2018. That was when the political left, the corrupt media, pedophiles and people I’ve never met tried to burn at the stake Supreme Court nominee Brett Kavanaugh, a high school friend of mine in the 1980s. Using oppo research and even a honey trap, the American Stasi presented a woman named Christine Blasey Ford. She accused Brett of sexually assaulting her in 1982 when we were all in high school. That was followed by other accusations, including feverish charges of a drug and gang rape cartel. The crooked lawyer and DNC operative who publicized those charges is now in jail.

This is one of the last entries in the series, which will be a book to be published next year. I started off the series writing about friendship, so that is where I am going to end it.

Which brings us to homosociality. In 2018 leftist websites like Vox and Slate used the term “homosociality” to criticize me and my high school friends. The term comes from the late writer Eve Sedgwick. In her 1985 book Between Men: English Literature and Male Homosocial Desire, Sedgwick describes homosociality as “the strong but not necessarily sexual affinities men have for other men.”

In other words, male bonding. Guys like to hang out with each other. Such activity these days is, of course, suspicious. Writing about homosociality for the far-left Vox during the height of the Kavanaugh madness, Tara Isabella Burton observed that when men bond, they are “terrified that this might be interpreted as homosexuality.” Guys are “desperate to prove their heterosexuality but trapped in a culture that does not allow them to engage emotionally or authentically with one another.”

As a result, we use women as “conduits,” or “safe outlets,” to express “our desire for one another.” This inevitably involves the “ritualized sexual humiliation” of women.

Being Immature Is Not a Felony

What does all this mean in English? It means that guys sometimes bond with each other by commiserating about how difficult women can be to figure out. This sometimes involves making fun of women, just as women make fun of men. This has been going on for thousands of years. One journalist who wrote about me and Brett found a girl who knew us in high school. “That class was really tight,” she observed about the Georgetown Prep class of 1983. “They were a really close group of guys, and I think, by and large, they were a really nice group of guys.”

Then the kicker: “They did have sort of a Marines mentality, a brothers-in-arms kind of thing.”

To the left, such male bonding will inevitably lead to … violence against women. In Vox, Burton cites research reporting on young football players playing a game called “Rodeo,” in which a group of male friends tied a woman to the bed and cheers as his friends jumped on her back. Another case has a guy pelting his victims with golf balls.

The goal here is to conflate guys who love each other with violence and criminality. An account of men, particularly young men, commiserating with their fellows by talking in terms that are common to most blues songs … morphs into Neronian Rome. There is a straight line between the one song my high school band could crush, “She’s So Cold” by the Rolling Stones, and the crimes of Jack the Ripper. Like most bands, ours was tight group of dudes. We called ourselves the Jesuits: “three chords and an attitude.”

Ruled out of bonds or ignored in all of this is the idea that young women might mock men with all the savagery young men do women. There were girls in high school (and after!) who could absolutely microwave you from your shoes to your haircut. Their friends were often present to savor the spectacle.

Of course, it’s possible to say things that go too far. This is common among young people without fully developed brains. The Kavanaugh battle revealed to the world some of my own worst moments. I’ve had enough decades of sobriety and said enough prayers to understand the swirl of insecurity, bravado and desire to belong that makes adolescents (i.e., me) say dumb and terrible things.

After the attack of 2018, I had the opportunity for conversations with people from my youth. Sometimes about what an over-the-top verbal jerk I could be at times. One conversation I will cherish as a gift involved a girl about whom I had made a truly inappropriate joke when I was seventeen. I told her I understood how deep those high school cuts can be, that I was an insecure kid who drank too much beer and was always looking for attention. I was, am, and always will be truly sorry. She had the grace to offer forgiveness. We both cried, then laughed at some old jokes, and hung up the phone as friends.

According to Swedish academics Nils Hammaren and Thomas Johanson, such empathy might be an example of “vertical homosociality” becoming “horizontal homosociality.” That is to say, male bonding may become with age less jerky. Their paper, “Homosociality: Between Power and Intimacy” lays it out:

Hierarchical homosociality is similar to and has previously been described as a means of strengthening power and of creating close bonds between men and between women to maintain and defend hegemony. Horizontal homosociality, however, is used to point toward more inclusive relations between, for example, men that are based on emotional closeness, intimacy, and a nonprofitable form of friendship.

I don’t really understand much of that. It seems like the authors are conceding the possibility that guys can love their buddies and also be decent human beings. I might just call the Jesuits (that is, the band, not the religious order) and see if we can rename ourselves. “Horizontal Homosociality” is just too good to pass up.