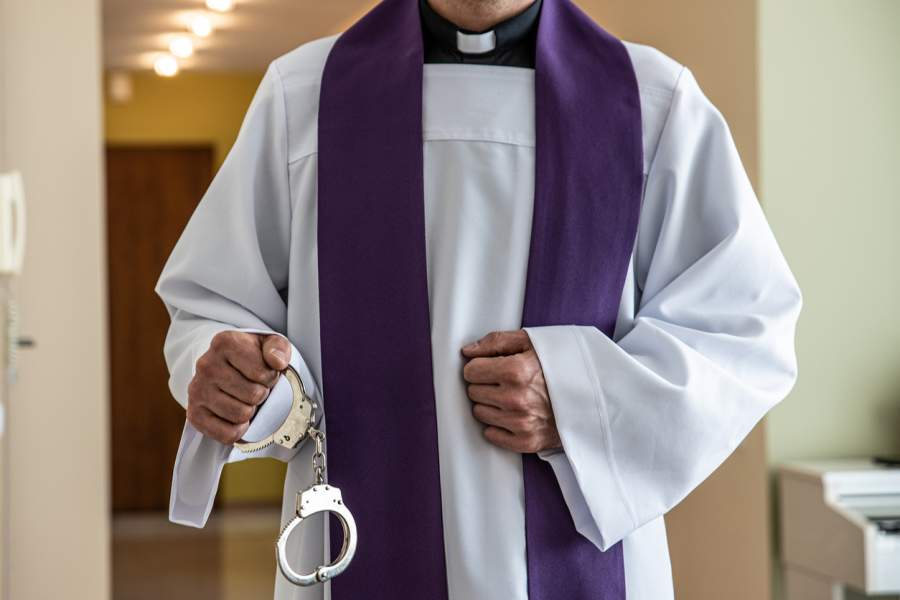 It was a brief blip during the blitzkrieg that was 2018 for me. Yet it may be the most representative episode of the entire fiasco.

I’m referring to the time our former high school sex ed teacher blasted Brett Kavanaugh and me in the Washington Post for having girlfriends and drinking beer as teenagers. Even though that same teacher had spent six years in prison for distributing child pornography. Which is something the Post might have taken into consideration before quoting him, you’d think.

Even now it’s hard to believe it actually happened. The stupidity that liberals are capable of when they get swept up in a witch hunt is absolutely staggering.

As many Stream readers know, for the past year I’ve been working on a series of articles about the fall of 2018. That’s when the political left and the media tried to bury Supreme Court nominee Brett Kavanaugh, a high school friend of mine in the 1980s. Using oppo research, late-night phone extortion threats and even a honey trap, the left threw everything it had (including actual black magic) to try and destroy us. A woman named Christine Blasey Ford accused Brett of sexually assaulting her in 1982 when we were all in high school. That was followed by other accusations, including wild charges of a drug and gang rape cartel.

On September 21, just days after Ford’s accusation, the Washington Post published a lengthy profile of me. One of the people interviewed was Bernie Ward, a former priest who became a popular liberal radio host known as “the lion of the left.”

In the 1980s Ward had taught us sex ed in high school at Georgetown Prep in Maryland. Here Ward is talking about the scene at Prep to the Post:

“The drinking was unbelievable,” said Ward, who later spent two decades as a radio talk-show host in San Francisco and served six years in federal prison for distributing child pornography. “It was part of the culture. A parent even bought the keg and threw one of the parties for the kids.”

Ward, who taught Judge, Kavanaugh and future Supreme Court justice Neil M. Gorsuch in his religion and sexuality courses, said his students “talked plenty about men and women and taking advantage and respect for each other. They took umbrage when I compared their rooting around with girls to dogs in heat. They’d say they were in love, and I’d say, ‘Wait a minute — then how come you have another girlfriend in two weeks?’ We’d have heated arguments.”

I love how that part about Ward spending six years in jail for child pornography is an aside. Just sandwiched between Ward’s preaching about how much beer we drank and how many girlfriends we had. To Ward and the left, it is red-blooded heterosexuality that is bizarre.

Reading His Own Perversion Onto His Students

Before getting to Ward’s sickening crimes, I noted how much psychological projection he engaged in in the quote above. When we were teenagers we were not “rooting around with girls” like “dogs in heat.” We were teenagers who sometimes had make out sessions. Some of us were sexually active but many were not. We changed girlfriends a lot, just as the girls changed boyfriends a lot. Because that’s what teenagers have always done. Ward scoffs at the idea that we thought we were in love, but that’s how you feel when you’re sixteen. Falling in love easily is part of being young.

With his sobbing family looking on in a San Francisco courtroom, former KGO radio host Bernie Ward today completed his tumble from one of the Bay Area’s most popular liberal voices on the local airwaves to a pariah caught up in the world of online child pornography.

Chief U.S. District Judge Vaughn Walker sentenced Ward to seven years and three months in federal prison, calling the disgraced celebrity a “troubled individual” whose downfall is a “personal tragedy.” Ward now must turn himself in to U.S. Marshals by noon Friday to begin his prison term.

Anything to Get Brett Kavanaugh. Anyone Who Might Help.

As “Father” Ward used to say: OK class, let’s recap. In the fall of 2018 Bernie Ward, a man who’d spent six years in prison for distributing child pornography, who’d “traded in the currency of human suffering,” decided to get on his high horse and bring the sword of righteousness down on me and Brett Kavanaugh because we … drank beer and had girlfriends our own age in high school.

On September 26, a few days after the Post article, Ward briefly resurfaced. A reporter from the San Francisco Chronicle tried to talk to the former priest. Alas, no dice: “Ward, who is back living at his family’s westside home in San Francisco these days, was not available for comment Monday and apparently he isn’t interested in giving any more interviews. ‘I don’t think he wants to do that again,’ his wife told us when reached by phone.”

Honestly, is there a better distillation of liberalism than this? As Tucker Carlson says over and over again, whatever liberals are condemning you for, they themselves are actually guilty of. It turns out we really did know a lot more about love than the “Lion of the Left.”