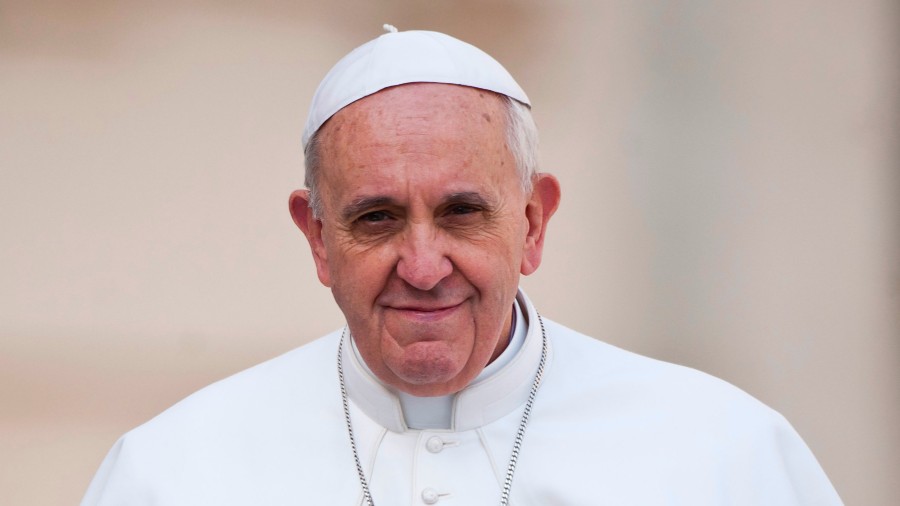 Pope Francis has a long history of saying things that seem muddled. This causes confusion and frustration to a great many Catholics, myself included. I am no learned scholar or gifted theologian. I am an ordinary laywoman. But it is that qualification — woman — that prompts me to speak about the most recent headline involving the Holy Father:

Sister Mónica Astorga Cremona, 53, known locally in Argentina as the “Nun of the Trans,” cut the ribbon on the new complex of twelve small apartments dedicated solely to housing men claiming to be women and their partners.

Upon hearing the news the Pope responded in a communication, according to the nun, “Dear Monica, God who did not go to the seminary or study theology will repay you abundantly. I pray for you and your girls.

We’ve no direct link to this communication from the Pope, no image of it, so one might hope he did not actually say these things to Sister Monica. Perhaps there is a mistake in translation, or just a plain old big mistake, period. One might wonder if his reference to “your girls” was to other nuns working with Sr. Monica, but I cannot buy that. Religious sisters are called only that — sisters.

I am not the only person to have a strong reaction to this news. Unlike me, however, Fr. James Martin was thrilled at the Pope’s support of this nun’s work with “transsexual women.”

Wow. Pope Francis sends his support for a Catholic sister in Argentina who ministers to transsexual women.

"God, who did not go to seminary or study theology, will repay you abundantly." #LGBTQ https://t.co/ZhxzdayPDH via @Revista_VN

But how could the Pope have said these things? Isn’t this the same Pope who on numerous other occasions has condemned “gender theory” as the evil ideology it is? Indeed, Francis has affirmed the gift of male and female as God’s beautiful creation, His plan for marriage and the human family. He affirmed the reciprocity of man and woman, the goodness of the differences between the two sexes and the need we all have for those differences (General Audience, 15 April, 2015).

He simply cannot allow this apparent capitulation to an irrational, evil ideology to stand. He is obligated to teach and defend the truth.

Francis has said gender theory “denies the difference and reciprocity in nature of a man and a woman and envisages a society without sexual differences, thereby eliminating the anthropological basis of the family. This ideology leads to educational programs and legislative enactments that promote a personal identity and emotional intimacy radically separated from the biological difference between male and female” (Amoris Laetitia, 19 March 2016, 56).

But He Also Said…

If Sr. Monica’s account of the Pope’s alleged message to her is accurate, then it seems to me the Pope is guilty of, at best, abysmally careless speech. I shudder to consider the ramifications of a Pontiff who even casually consents to the demonic insanity that any human person can “transition” and ought to be recognized according to their chosen sexual “identity.”

The trouble is, he has already done that. In 2015, the Pope met privately with a woman and her “wife.” The woman had undergone so-called “sex-change” surgeries and now considers herself a man.

Last year I received a letter from a Spaniard who told me his story as a child, a young man, he was a girl, a girl who suffered so much because he felt like a boy, but was physically a girl […] around 22 years old said that she would like to do the surgical intervention and all of those things […] Then (the man) got married, he changed his civil identity, got married and wrote me a letter saying that for him it would be a consolation to come with his wife, he who was she, but him!

That he would refer to this woman as a man, and even say that “he got married” and speak of “his wife” is a stunning betrayal of everything the Church teaches about the nature of marriage, in addition to denying the objective nature of man and woman. It is unbearable.

So Which Is It?

If there is an objective, biological, divinely ordered difference between the nature of a man and the nature of a woman, then it is an irrational farce to even speak of a “transsexual” or “transgender” person. Such a creature does not, cannot, exist. Male can never “transition” into female, or vice versa.

If there is no such objective, divinely ordered distinction, if our bodies mean nothing to our nature, then God Himself is a farce. That is not an impression Peter can seem content to abide.

Now the Argentina situation makes a terrible impression worse. I beg the Holy Father to publicly set the record straight in both cases. He simply cannot allow this apparent capitulation to an irrational, evil ideology to stand. He is obligated to teach and defend the truth.

Further, if what Sr. Monica said is true, then I humbly insist the Pope owes every woman on the planet an apology. It is profoundly offensive to hear him refer to sexually-confused males as “girls.”

Likewise, a woman who has surgically mutilated her body to “become” a man is not a man. It is profoundly offensive to the dignity of women and men to smile and pretend otherwise. For that, he ought also to apologize to every man on the planet.

Men are male. Women are female. I would like to be reassured that Pope Francis knows this and is willing to defend this immutable truth at all costs.