Planned Parenthood is in Deep Trouble With the Law. This Could Be a Turning Point. 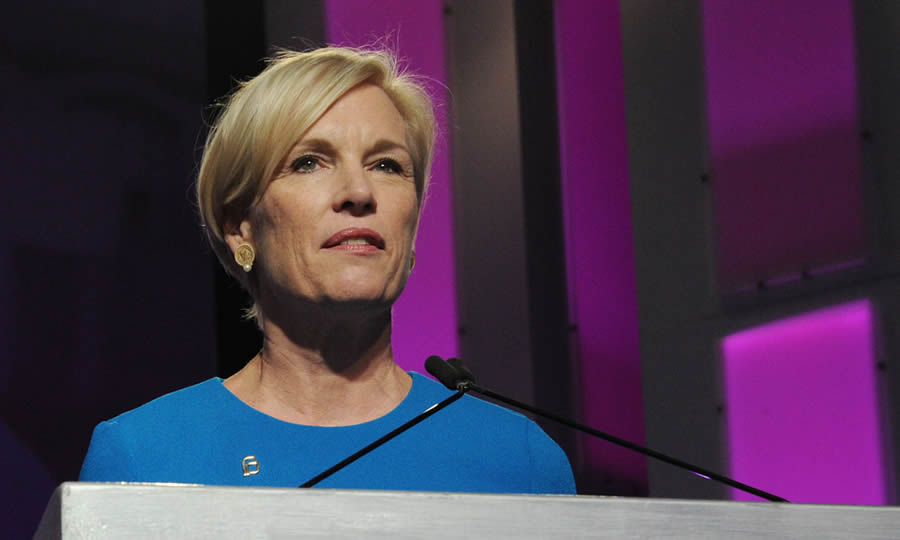 By Marjorie Dannenfelser Published on November 28, 2017 •

We are living through a remarkable time in history. Almost daily, those in influential positions who once appeared untouchable are falling out of popular favor as their abuses are exposed.

On Nov. 13, The Hill reported that the FBI may be investigating Planned Parenthood and its associates for the sale of aborted babies’ body parts for profit. It’s the latest development yet in a scandal that began in 2015 with the release of explosive undercover videos.

Those videos showed abortion industry executives haggling over the price of hearts, livers, brains and kidneys, and describing, in chilling detail, their techniques for crushing late-term babies to get the freshest organs.

They found enough evidence to refer several Planned Parenthood affiliates and tissue procurement companies for potential prosecution. Attorney General Jeff Sessions suggested this week that if the FBI concurs, charges might be filed.

Then came the second punch.

Just as news of the FBI inquiry broke, the 8th Circuit U.S. Court of Appeals declined to revisit its ruling that the state of Arkansas can redirect Medicaid funds away from abortion businesses like Planned Parenthood, which the state is completely justified in doing considering the ongoing baby parts scandal.

These two major breakthroughs would have been inconceivable under the Obama administration, which repeatedly abused federal power to prop up the abortion industry.

Instead of investigating Planned Parenthood for the shocking, potentially illegal practices exposed in the videos, pro-abortion Attorney General Loretta Lynch decided to investigate the whistleblowers.

The Obama administration also actively interfered with state efforts to defund Planned Parenthood. Kansas, Tennessee, Indiana, Texas, New Hampshire, New Jersey, North Carolina — all these states tried to get taxpayers out of the abortion industry, only to have the federal government bypass local officials to directly award lucrative contracts to Planned Parenthood or threaten to withhold federal Medicaid funds unless they kept tax dollars flowing.

Through it all, Obama’s court appointees have generally been reliable backers of abortion. One Obama appointee even compared an abortion to a tonsillectomy in a recent case that would have created new “rights” to abortion on demand for illegal immigrants.

But there’s a new sheriff in Washington now, and a palpable sense of terror is gripping Planned Parenthood and its camp. Without their defender-in-chief or the courts to bail them out, they are finally being held accountable.

Trump has busily set about undoing his predecessor’s destructive pro-abortion legacy. He has filled his Cabinet with pro-life officials, and has filled court vacancies with outstanding judges like Neil Gorsuch who faithfully interpret the Constitution.

Right away, Trump signed legislation (H.J. Res. 43) rolling back Obama’s parting gift to the abortion industry — something that, on a personal note, I was proud to witness in the Oval Office.

Trump’s strong commitment to pro-life policies has helped embolden state governors and legislatures. Texas has now applied to reclaim the federal funding it was denied under the last administration. South Carolina Gov. Henry McMaster in August successfully defunded Planned Parenthood and requested a waiver from the Trump administration so that the state can do the same with Medicaid, which is where the abortion business gets most of its taxpayer funding.

The next step is for the Trump administration to issue new guidance to the states restoring their freedom to prioritize Medicaid funds the way they believe will best serve their citizens. The administration must be prepared to defend that policy vigorously should the case go to the Supreme Court.

The pro-life majorities in both houses of Congress should also fulfill their promise to redirect half a billion dollars in annual taxpayer funding away from Planned Parenthood using budget reconciliation, where they have the best chance of succeeding.

Sometimes justice is a long time coming, but as two of our nation’s greatest thinkers — Thomas Jefferson and Martin Luther King, Jr. — pointed out, it “cannot sleep forever” and “the arc of the moral universe … bends toward justice.”

There are good reasons to hope that for America’s abortion giant, justice is right around the corner.