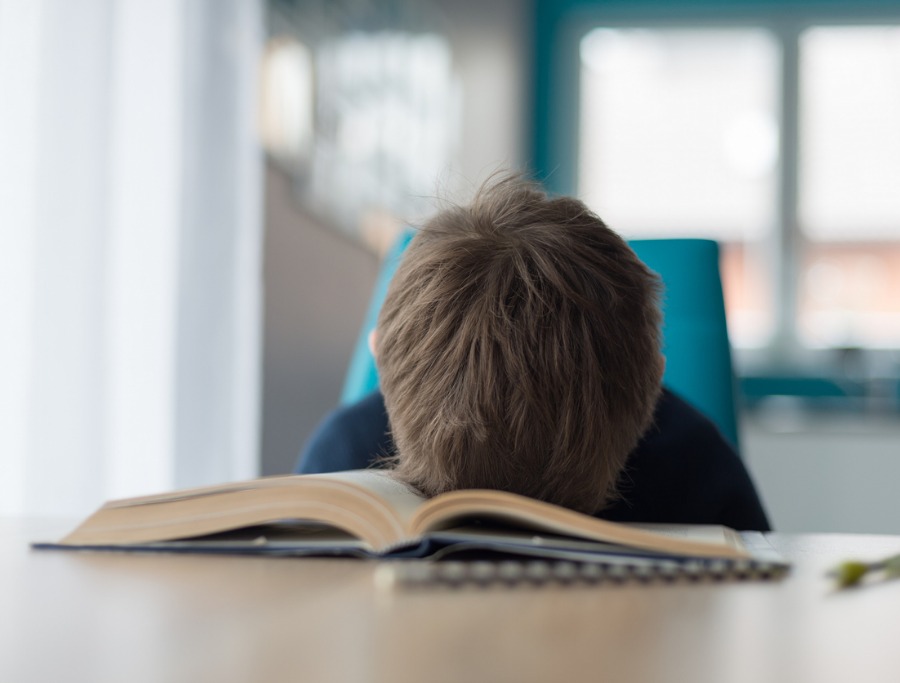 The Emperor of Eloquence, the Sultan of Scribes, Stream Senior Editor, David Mills has cast down a challenge to us Streamers. (That includes you.) Name the books that have had the most impact on your life. Well, books other than the Bible. Books that have shaped your thinking, ignited your soul or otherwise transformed you.

I expect my colleagues will present as their entries great works of literature, philosophy or politics. If, for example, our John Zmirak doesn’t list some 15th century work by a blind and handless Austrian monk expounding on natural law, I’d be sadly disappointed. Our Aliya Kuykendall would be tempted to list the AP Style Manual, but will likely opt for meaningful books with actual paragraphs, chapters and themes.

This is the first in The Stream’s summer 2019 “Books That Formed Me” series. Editors, writers, and friends of The Stream will share the books that helped make them who they are. You may be surprised. You may be moved. You may be shocked. You will be edified.

But for me, an honest list is going to be … um … eclectic.

(Hopefully, my submission will inspire you to share the books that really did change your life, not the ones you think you should say changed your life.)

We start in my childhood … on the Grassy Knoll.

I found it in a little book nook in my parent’s bedroom. Four inches thick, all black cover. Gold imprint. The book sure looked important.

By the time I got hold of the Warren Report, other books questioning its conclusions were out, as were photos of the assassination. The Zapruder film would soon be make public for the first time as well. So when reading the Warren Commission Report it was very clear, even to my young, naive mind, that the drawings in the Warren Report did not match the photographic evidence. Why would they lie?

So much in the book defied common sense.

The so-called “Magic Bullet” that the Report says hit JFK, then hit Texas governor John Connolly. Well, Connolly said he was reacting to the first shot that hit Kennedy, and was turning to look at the President when he was hit. He thought it was a separate shot. “Wouldn’t he know better than anybody?”

The picture the Warren Report says was Oswald entering the Cuban embassy in Mexico. Oswald was skinny. That guy in the picture looked like a walking advertisement for Golden Buffet. “That’s not Oswald.”

The Warren Commission Report had a profound impact on me. Plop that reading in the middle of Watergate and the lesson was clear: The powerful in government do not necessarily tell the truth. They can do bad things. Don’t accept someone else’s narrative. Keep your eyes open for schemes and manipulation.

Jump to 1985. I had just started at the Voice of America. The news breaks: Congress cuts off funding to the Nicaraguan Contras. With the lessons learned from the Warren Report intact, I asked, “Isn’t Reagan just going to find another way to get them the money?” “No,” the elders laughed. “That would be illegal.” A few months later, VOA — in fact, our very division — would be used to signal Iran that the Iran-Contra deal was on.

Today, we are witnessing the unraveling of the effort by top Obama administration figures to spy on, then sabotage the current president. We read the Mueller Report and spot legions of examples of Mueller’s prosecutors spinning facts, hiding facts, making a case to serve a narrative and not the truth. I am not surprised. I’ve read it all before.

And Then There Were None by Agatha Christie

Sure, it is a great yarn. I read it in one night. But then again, I devoured Agatha Christie mysteries like they were double milk chocolate Milano cookies. So why did this one have such an impact that I have to include it? It’s a mystery to me.

And Then There Were None handed me a major key for unlocking my entire writing career: Know my ending and I can control the journey for my readers and listeners.

It does not matter what you are writing. With a screenplay it might be a wild roller coaster with dozens of twists and turns and jolts. As long as you know where the track ends and the platform is solid, you can throw people all over the place. With an opinion piece, you may give them a nice, straight ride leading right to the point you want to make. With joke writing, if you have a great punchline, you can craft the set-up to give the punchline the most pop. Even a straight news piece, if you know where you want to end, structuring what comes before is far easier.

My play A Christmas Scene has a massive twist at the end. The revelation puts everything that’s happened before in an entirely different light. After the third performance, the mother of a cast member grabbed me. “Each time I see it, I get more amazed at how brilliantly you set the audience up.” Brilliance had nothing to do with it. I knew the ending. My only task was to lay out the truth in plain sight, without giving anything away.

I believe Agatha Christie would have been proud.

The Humor of Christ by Elton Trueblood

In high school a classmate began witnessing to me about Christ. I have no idea if she gave me this book or I came across it a couple years later. It’s a thin volume, and isn’t exactly C.S. Lewis. I recall it getting very technical into the types of humor Jesus employed to great effect. Given that I’d go on to become a professional comedy writer, I’m curious to get a new copy to read with a professional eye.

Regardless of whatever questions I may have with technical argument today, or theological problems I might find reading it now, (It’s been 40 years after all) the book’s impact was staggering.

First, The Humor of Christ was my first real entry into the words of Christ. My first hearing of the words without them being “biblical.” This made them more impactful.

Second, the author had a great breakthrough in his personal understanding of Christ when he realized Jesus did employ humor in his teachings. Obviously, using humor to make a point would show up once or twice in my life. But more profoundly, when I did become a full-blown Christian, I would see the realness, the humanity of Jesus and those He came in contact with.

For this reason, there’s a direct line from The Humor of Christ to my musical Bethlehem.

And there’s a direct line from The Humor of Christ to my mantra to the folks here at The Stream. I don’t care what form your work comes in. I don’t care if it doesn’t look like something you’d see at another Christian or conservative website. God used poetry, songs, allegory, history to tell His story. Jesus used parables. Jesus used humor.

Boy, is it great to walk with a savior who knew funny. Yes, Jesus wept. But He also laughed.

For more lists of books that formed me, see Books That Formed Me. For more reading recommendations, see last summer’s Summer Reading Series.

Al Perrotta is the Managing Editor of The Stream and co-author, with @JZmirak, of The Politically Incorrect Guide to Immigration. He’s actually working on his first mystery novel: An Act of Murder. You can nag him to finish it at @StreamingAl. And if you aren’t already, please follow The Stream at @Streamdotorg.

The Book That Formed Me: My Mother Thought The Lord of the Rings Would Kill Time