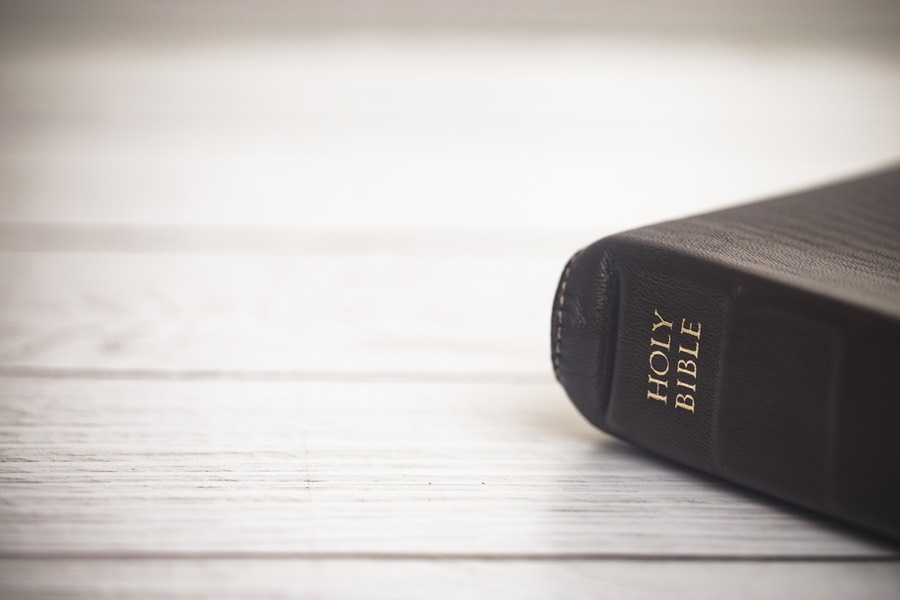 Stephen Colbert is a comedian — or maybe it’s comedienne. I’m not sure what he was assigned at birth and which joke he now identifies as. Anyway, reports are everywhere that this Colbert dispatched some theological advice to Attorney General Jeff Sessions. Read the Bible, said Colbert, or words to that effect.

Opens Bible. “Thou shalt not lie with mankind as with womankind, because it is an abomination” (Leviticus 18:22).

The Bible is full of rich, useful information like this. I don’t think it was what Colbert had in mind, though.

It seems instead that the joke teller is upset that some parents bring their kids with them when they try to enter the United States illegally. These parents, knowing they might be arrested for breaking the law, and knowing they might be separated from their kids if they’re caught, still make the attempt. This leads to plenty of weeping and gnashing of teeth — but it’s mostly from journalists, so it can be ignored.

Colbert couldn’t have wanted Sessions to read Romans 13, which opens, “Let every soul be subject to higher powers: for there is no power but from God: and those that are, are ordained of God. Therefore he that resisteth the power, resisteth the ordinance of God. And they that resist, purchase to themselves damnation.”

Colbert couldn’t have wanted Session to read that passage, because that’s the passage Sessions himself quoted when asked about illegal border crossings. We must conclude that Colbert instead wanted Sessions to discover a Scripture passage (known only to Colbert) which told parents which forms they should fill out to secure documentation to enter the country legally. As so many do.

Colbert must know the Bible better than I do, though, because I could find no such passage. I entered “visa” into the search at Strong’s Exhaustive Concordance, but came up dry.

I’m in the minority as far as Biblical expertise goes, though. I don’t come close to approaching the level of genius found at our top newspapers. Take the Washington Post’s Alexandr Petri. She heard Sessions quoted from the Bible and decided to instruct her readers about this curious book.

Her first lesson was that the Bible is not — I repeat not — the “law of the land.” The legal expert I spoke with — “Tiny” Ed Dobrowski, who once got a parking ticket tossed out — said that this is true. Which is why you rarely hear passages quoted like the one in Leviticus.

Petri didn’t stop with this stunner. “You can find a lot of things in the Bible,” she said.

She found that “Job: As we see in the Bible, God is in favor of making innocent people suffer for no reason whatsoever.” I think she mistook our Father which art in Heaven for her editor, who assigned her this “Job.” That’s a natural mistake for a reporter on a deadline to make.

But then she also said, “As King Solomon so wisely and clearly admonishes us, babies should be taken from their mothers and cut in half.”

No, sweetie, that’s the Planned Parenthood brochure you’re reading. Not the Bible.

The Other Roman Option

Petri finally came to the Bible and the immigration question. “As the Bible so humanely shows, if you take a baby from its mother and float it downriver in a basket, it will work out fine.” People wanting to cross the border illegally are advised not to try this, however. Wikipedia tells us, “Despite its name and length, the Rio Grande is not navigable … nor do smaller passenger boats or cargo barges use it as a route.”

I don’t know when the Post turned into such a right-wing paper. First it’s lions, next it’s ovens.

She said that the Bible insists, “If someone objects to the laws of a land,” such as (we imagine) a person trying to cross the border illegally, “authorities are within their rights to punish him, for instance by throwing him into a den of lions.”

Dude, that’s pretty harsh. The worst penalties we now hand out are a having to take a time out and free trip back across the border. Feeding parents, and the kids they risked bringing with them on their illegal adventure, to some unemployed circus animals will likely have the deterrence effect Petri is after, but it will also anger PETA. And nobody wants that.

All the Way to the Right

I don’t know when the Post turned into such a right-wing paper. First it’s lions, next it’s ovens. “As the Bible suggests, there are many fitting punishments for those who disobey authority; for instance, to throw them into a fiery furnace.”

Ouch. That will cause some double takes.

We can be grateful Petri is not an immigration judge (or judge of any kind!) and is instead an expert Bible reporter.

Kanye West’s Jesus Is King Prompts Fans to Seek Answers About Christianity; Bible Group Gives Away Over 9,000 Bibles in Response

The Washington Post Hates the Bible. If You’re Christian, It Hates You Too.

What ‘Living Biblically’ Will Probably Get Wrong