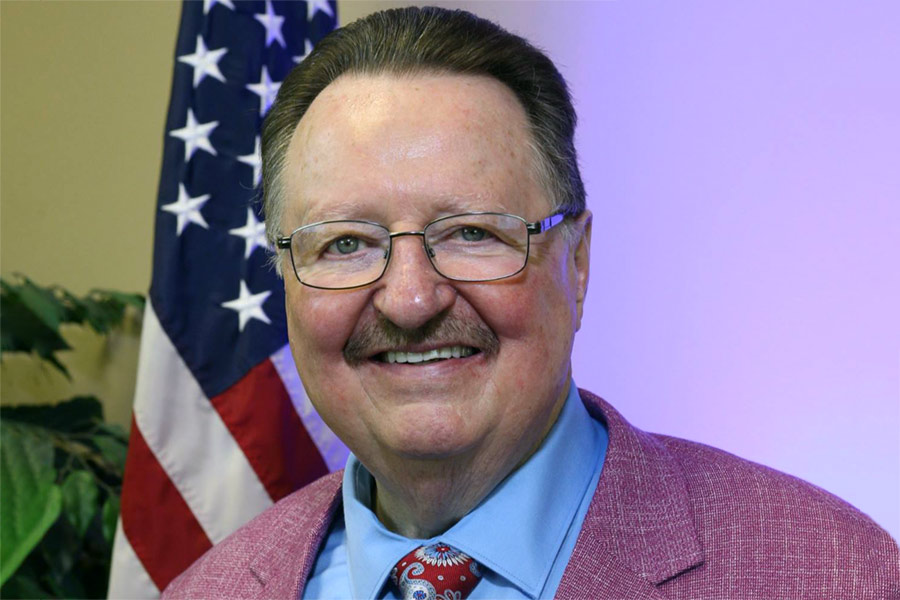 In my 77 years, I’ve never witnessed such a challenging time for our nation. I’ve never had more reason to be concerned and to pray for the future and blessings only freedom makes possible.

Our Father in heaven wants us to live in freedom. In order to do so, we must maintain freedom’s foundation, protective boundaries led by the transforming, redemptive power of the gospel and the principles essential for freedom’s survival.

Twenty-five years ago, a courageous, concerned pastor from Kansas stood up and shared a powerful prayer before the opening session of the Kansas House of Representatives. Pastor Joe Wright obviously loved freedom, understood its importance and the necessity of repentance God calls for in order for Him to heal our nation.

We are all witnessing today the horrific, damaging effect of deception, disease, dissension, defeat, debt, despair, destruction and death. There’s only one Power that can restore freedom, peace, security and the blessings only freedom offers — and that is Almighty God, our Creator and heavenly Father.

If we will return to God, His blessings will return to us. He promises redemption and restoration of all that truly matters in life. God wants the best for all of us and knows how to direct us and deliver fruitfulness, fullness and meaning in life found only in the blessings freedom offers.

Here is the invocation Wright delivered to the Kansas legislature. Please read and pray about every aspect shared by Pastor Wright.

“Heavenly Father, we come before you today to ask your forgiveness and to seek your direction and guidance. We know Your Word says: ‘Woe to those who call evil good,’ but that is exactly what we have done.

We have lost our spiritual equilibrium and inverted our values.

We confess that we have ridiculed the absolute truth of Your Word and called it moral pluralism.

We have worshipped other gods and called it multi-culturalism.

We have endorsed perversion and called it an alternative lifestyle.

We have exploited the poor and called it the lottery.

We have neglected the needy and called it self-preservation.

We have rewarded laziness and called it welfare.

We have killed our unborn and called it choice.

We have shot abortionists and called it justifiable.

We have neglected to discipline our children and called it building esteem.

We have abused power and called it political savvy.

We have coveted our neighbors’ possessions and called it ambition.

We have polluted the air with profanity and pornography and called it freedom of expression.

We have ridiculed the time-honored values of our fore-fathers and called it enlightenment.

Search us, Oh GOD, and know our hearts today; cleanse us from every sin and set us free.

The Response Was Immediate

The response was immediate. A number of legislators walked out during the prayer in protest. In six short weeks, Central Christian Church in Wichita, where Wright served as pastor, logged more than 5,000 phone calls with only 47 of those calls responding negatively. The church received international requests for copies of this prayer.

The legendary Paul Harvey reported on it and recited the prayer. (You can listen to that broadcast here.)

I just spoke with Pastor Wright, now 78 years old. He told me he is still fired up — and after a short retirement in Florida, he returned to Wichita, where he preaches every Sunday at a small church.

May a similar fire burn from all our pulpits.

Repenting From the Wickedness

Friends, let’s remember God’s promise in 2 Chronicles 7:14: “If my people, who are called by my name, will humble themselves and pray and seek my face and turn from their wicked ways, then I will hear from heaven, and I will forgive their sin and will heal their land” (emphasis added).

Pastor Wright’s prayer is a clear reference to much of the wickedness we must repent of. How can anyone push back against the wisdom offered here — the clarity of the problem and sin — and not want to be set free from such practices?

Every believer should be praying and participating to keep out of leadership those who would walk out on the truth like those deceived legislators in 1996. Work to keep from office those who are committed to or controlled by the concerns addressed in this prayer.

Because of the freedoms we have enjoyed and must be preserved, we can replace leaders in every area of American life who do not understand the danger and damage that come from the practices exposed in Pastor Wright’s prayer.

God, forgive us, set us free from the grasp of evil and heal our land. I pray not only for You, Almighty God, to bless America, but for America to bless You and all those You love and gave Your Son to redeem.