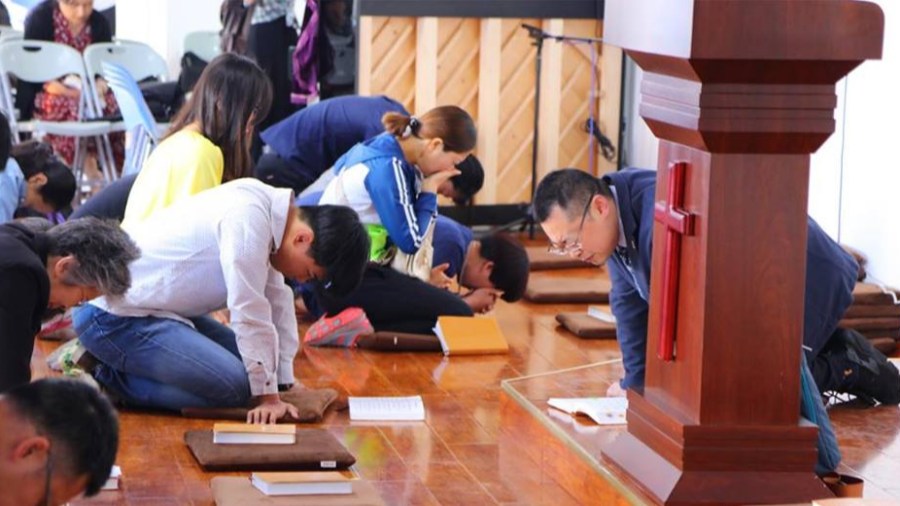 A Chinese court sentenced a pastor to prison for nine years Monday after the pastor called the Chinese Communist Party “morally incompatible with the Christian faith.”

The court sentenced 46-year-old Pastor Wang Yi, who led Early Rain Covenant Church in the Chinese city of Chengdu, for incitement of subversion of state power and for illegal business operations, according to The Wall Street Journal. The Chinese government often uses those charges against religious leaders and against those who disagree politically with the government, according to the WSJ.

Wang wrote a 2018 essay titled “Meditations on the Religious War” in which he wrote that the ideology of the Chinese Communist Party is “morally incompatible with the Christian faith and with all those who uphold freedom of the mind and thought.”

For more from The Stream, read Aliya Kuykendall’s 2018 report on the crackdown that led to Pastor Wang Yi’s and more than 100 congregants’ arrests. Also read Pastor Wang Yi’s declaration of God’s authority over Chinese authority, a public letter he wrote to be published after his arrest.

Wang’s church had been one of the most politically active churches in China for years, holding a service every year commemorating the 1989 massacre at Tiananmen Square, even though the government severely restricts the observance of this massacre, the WSJ reports. But the church was closed in 2018 as the Chinese government cracked down on religious houses of worship.

Early Rain Covenant Church released a statement from Wang on Monday morning that is not dated and seems to be from before Wang’s trial.

“Regardless of what crime the government charges me with … it is merely a lie and temptation of demons,” Wang wrote, according to the WSJ. “I categorically deny it. I will serve my sentence, but I will not serve the law.”

News of Wang’s sentence comes after 403 pages of leaked documents obtained by The New York Times showing that top Chinese officials’ demands led to the creation of mass indoctrination camps of groups like Uyghurs, Muslims and Kazakhs. The secretive camps originated at the demands of officials including Chinese President Xi Jinping.