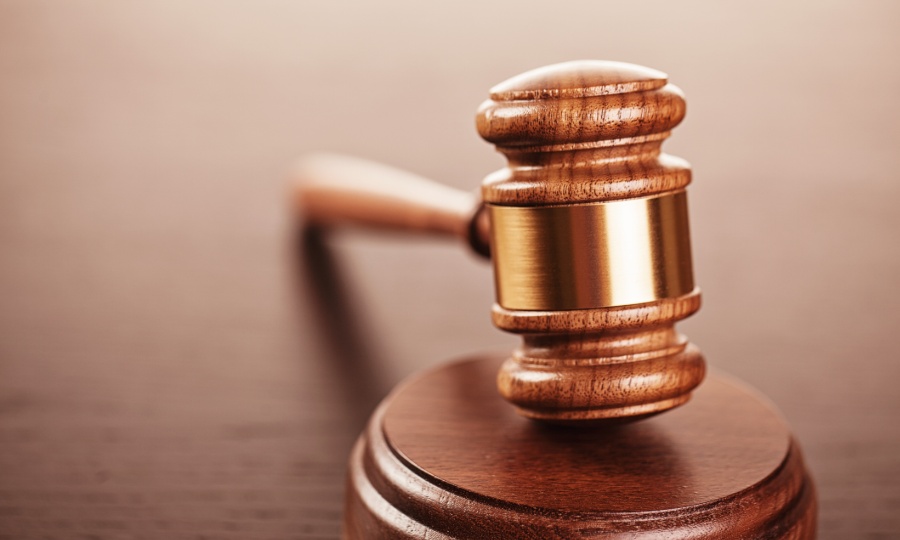 Earlier this month, Justice Neil Gorsuch’s opinion in Bostock v. Clayton County established that Title VII protects employees from being fired because they are gay or transgender. Since the decision, a number of people have grimly announced that Gorsuch has betrayed the Constitution and ushered in the end of religious liberty in America. You should not listen to them.

I have published academic work on law and religion and closely followed the Court’s hearings and decisions on religious liberty for years. The reality is that, in recent cases on the Free Exercise Clause, there has been a trajectory of success for Christians. We are also approaching much greater protection for religious freedom, unless — and possibly even if — President Trump is defeated in November.

I am not saying that Bostock poses zero challenges for the church: I expect that someone at the ACLU is already scheming to use Bostock as a bludgeon against Christians. My claim is that, when this scheme makes its way to the Supreme Court, the ACLU will lose — as they have lost similar cases over the last decade. The only scenario in which this might not happen is if Democrats reclaim the White House and Senate in November, escalate their recent threats against the Court, and bully the justices into bowing to their will.

This threat to the Court is very real. Worse, many on the right do not realize how much worse things could get if Democrats were able to compromise the Court. Claiming that the Court is already left-wing is dangerous and irresponsible, as it may cause conservatives to quit fighting.

The doom-and-gloom lamentations of some Christians about Bostock rest on serious mistakes about the way American law works. Most importantly, many Christians have failed to distinguish between two different sources of law: Title VII and the U.S. Constitution. Gorsuch’s opinion in Bostock only answered the question of what the words of Title VII mean. It did not say anything about whether Title VII might violate the Free Exercise Clause of the First Amendment in some cases.

The doom-and-gloom lamentations of some Christians about Bostock rest on serious mistakes about the way American law works.

This distinction — between interpreting a statute and whether it is constitutional — comes up all the time in U.S. law. For example, consider requirements that pastors, rabbis, and imams be male. Title VII prohibits all sex discrimination, period. It has no exception allowing religious groups to consider sex for religious reasons. This means that biblical Christian denominations, Orthodox Jewish groups, and Muslim organizations are technically violating Title VII by requiring that their congregations be led by men.

So why haven’t courts ordered churches to abandon biblical views about gender? The answer is not in how judges read Title VII, but in how they read the Free Exercise Clause of the First Amendment. As the liberal Justice Stephen Breyer has said, it is “obvious” that the Constitution would not allow the government to force a church to hire a female pastor.

In Bostock, Gorsuch did not redefine the word “sex” beyond its biological meaning. He simply reasoned that, if you have fired an employee for being gay, then you must have considered whether the employee is male or female. Whether or not you agree with this reasoning, it does not make Neil Gorsuch some sort of wicked enemy of Christianity. In the same way, it does not make me a feminist when I state that Title VII prohibits all sex discrimination.

Real treachery on the Court would be a finding that Title VII can be used to force religious groups and businesses to violate traditional religious beliefs. There are very good reasons to expect that the Roberts Court will not do this. As Gorsuch pointed out, while future cases may involve “free exercise arguments that merit careful consideration,” none of the employers in Bostock relied upon “religious liberties in any way.”

Supreme Court Politics Can Be More Complicated Than Republicans vs. Democrats

It’s not hard to understand why conservatives are panicking about Gorsuch. There is a long history of Republican-appointed justices moving to the left after being placed on the Court, including Justices Warren, Blackmun, Stevens, Kennedy and Souter. This probably has less to do with Republicans being bamboozled and more to do with agreeable justices being influenced by the elite social circles of Washington, D.C.

But Free Exercise law is more than a simple left-versus-right issue. The late Justice Antonin Scalia was, somewhat by accident, the single greatest enemy of religious liberty in America in the last 100 years. With his 1990 opinion in Employment Division v. Smith, Scalia made it virtually impossible for anyone to bring forth a Free Exercise claim. His decision directly caused every defeat for Christians in religious liberty cases since it was issued, including the loss by Elaine Huguenin — a Christian wedding photographer who was ordered to participate in a same-sex wedding — in New Mexico state court.

On the other hand, some liberal justices can be sympathetic to Christians who bring Free Exercise cases. This is most true of Obama-appointee Justice Elena Kagan, a practicing Conservative Jew, who has repeatedly sided with evangelical Christians. In one case where the Obama DOJ attempted to exert control over churches, Kagan said she found the DOJ’s dismissal of religious liberty “amazing” — something she did not mean as a compliment. Kagan also joined the majority opinion in Masterpiece Cakeshop, which held that Colorado officials could not use their hostility to Christianity in making a government decision.

Under John Roberts, the Court has taken steps to limit the damage done by Employment Division v. Smith. In 2012, Roberts wrote a unanimous opinion allowing a church to fire a teacher for violating 1 Corinthians 6 — the biggest victory for the Free Exercise Clause since 1943. We currently have the most pro-religious liberty Supreme Court since a Calvin Coolidge appointee was chief justice.

Roberts is not the liberal sellout that he is sometimes made out to be. While Roberts sometimes votes with the left, he usually does so with a larger political end in view. Although Roberts angered conservatives by upholding Obamacare, his opinion in that case helped to limit the government’s power under the Commerce Clause — something that very few other cases have done.

Roberts also knows that it is only a matter of time before Employment Division v. Smith is finally put up for debate. In January 2019, Justices Alito, Thomas, Kavanaugh and Gorsuch wrote a concurring opinion that explicitly called for Smith to be revisited. Gorsuch has hinted that he is not a fan of Smith, writing in another concurring opinion that Smith “remains controversial.”

If the Supreme Court does turn back the clock on Smith, it will be a revolution for religious liberty. In the face of Title VII and similar statutes, Christian schools, businesses, and other groups could largely rest easily beneath the protection of the Free Exercise Clause. It seems likely that there may be an understanding among the justices: Roberts and Gorsuch voted for Title VII protections for gay employees and, when the time comes, Kagan will join them to vote against Smith. This would fit well with Roberts’ desire for consensus-building and with the Court’s concern for Free Exercise rights.

The Left Would Love to Turn Republicans Against the Supreme Court

There is another reason not to panic: some on the left would like to play up Bostock to turn Trump voters against the Court and throw the election to Biden. The progressive website Slate has boasted that after Bostock “conservative evangelical voters may conclude that … Trump can’t be trusted to drag the court rightward, making them less tolerant of his other profane grotesqueries.” Sadly, this could work. Many conservatives have little understanding of the Court and do not understand the important role it plays in protecting our rights. Some could skip the November election simply because they do not realize how much worse things would be under a left-majority Court.

Court-packing would be nothing less than a coup d’état against the Constitution, putting us on a guaranteed fast track to a totalitarian government.

And there may be an even more disturbing reason that some would like to alienate Republicans from the court. Last year, a group of Democratic senators filed a document with the Court that is known among Court-watchers as “The Enemy-of-the-Court Brief.” The Senators — including Dick Durbin and Kristen Gillibrand — ominously threatened to “restructure” the Supreme Court if it did not begin limiting gun rights. This was a thinly veiled threat to pack the Court — an idea that is quickly gaining popularity on the left.

This is why the hysteria over Bostock is so dangerous and irresponsible. If conservatives falsely believe that the Court is already a partisan left-wing institution, then they won’t understand what packing the Court would mean for the country.

Court-packing would be nothing less than a coup d’état against the Constitution, putting us on a guaranteed fast track to a totalitarian government. For example, a packed Court would overturn the Court’s 5-4 Heller decision, which held that the Second Amendment applies to private citizens. This would allow Congress to enact total gun confiscation — something it might be able to do in stages, boiling the proverbial frog in the frying pan.

The Supreme Court Must Be Protected from Intimidation

As a student of history, John Roberts is aware of what could happen in the U.S. if the government is no longer checked by the rule of law. Many of Roberts’ actions are guided by a desire to preserve the Court as a respected, legitimate institution.

This brings me to the only caveat to my prediction. If Democrats do win in November, Roberts might come to fear that the Court is under imminent threat of being “restructured.” If he does, he will likely cave in to the left’s demands, as the Court once did under similar threats by FDR.

The threats facing the Court make it all the more urgent that conservatives understand the way the Supreme Court works and correctly interpret its rulings. The Court plays a critical role in protecting our religious freedom and other rights. It will likely continue to do so — but only if we zealously defend it from those who would destroy it.

Ian Huyett is a litigation attorney and an editor at Staseos. He has published several academic articles on law and religion, including most recently How to Overturn Employment Division v. Smith: A Historical Approach with Regent University Law Review.