Our Enemies, Our Neighbors 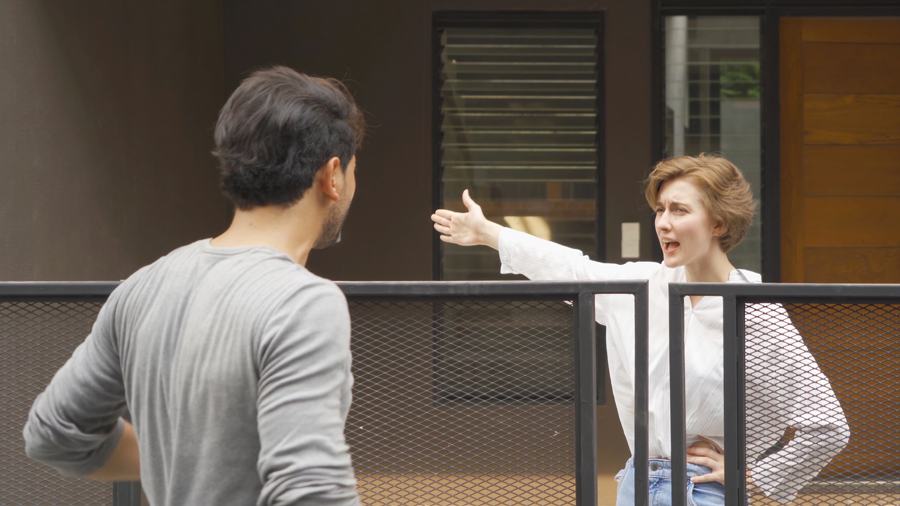 The lawyer asked Jesus in Luke 10:29, “Who is my neighbor?” Jesus answered with the parable of the Good Samaritan, about a man who treated his racial enemy as a neighbor. It may be the most world-changing short story ever told.

I have some neighbor/enemy stories of my own to tell: two people both very famous, both of them receiving bad press from Christian believers, and both of them deserving it. They are enemies, yet in a way we’ve been neighbors, too.

Francis Collins is one. I share some history with him. Former director of the National Institutes of Health, Collins was connected with deceptive information and bad COVID policies that he must have helped engineer. He most certainly promoted forced vaccination, which is especially disappointing in view of his strongly professed Christian faith. Earlier he had also taken sides with evolutionists against believers in intelligent design. That, too, was a serious mistake, in my considered opinion.

Earlier than that, though, he was a medical doctor. One of his patients was a very close family member of mine. She even had an unusually privileged moment under his medical care. He was leading a team to identify the gene responsible for her condition. It so happened that on the day after they finally nailed down an answer, she was the first patient he saw in clinic that morning. He told her about it, and said she was the first lay person to hear the news.

That’s just a snippet, though. The main thing is, he was her physician. It’s hard for me to view anyone with real hostility when he has given so much help to someone I love.

The singer Madonna was a neighbor, too. This morning I listened again to “Live to Tell,” one of the few songs she sang whose lyrics I can stand. The timing was pure coincidence; I had no idea she’d made news yesterday.

I wish she’d done more of that kind of good work, because my goodness, she could sing. “Live to Tell” proved that to me. It sounds easy enough. Anyone can sing along with it, right? Don’t be fooled. A friend of mine, a very good singer, tried performing it, and got all of it right but … none of it right. It turns out the song is a lot harder than it sounds: It doesn’t work without Madonna’s depth of tone, the strength of her phrasing, the constrained emotion with which she sings it. My “very good singer” friend was nowhere near up to what it took to pull it off. Madonna’s performance (in the recording, at least) is just about perfect.

She was a great artist — and a sacrilegious sexpot. She appeared nude in Playboy. Her name really was Madonna — it wasn’t a stage name — but she prostituted the image it lent her, doing untold damage to words like prayer,” “virgin” (in a song whose lyrics I will not link to), and “confessions,” the title of a tour in which one of the chief images shows her hanging on a cross. The world has seen too many female artists abusing great talent, adding over-the-top sexuality and anti-Christian hostility into their image and their act. Madonna led the way, dunking immoral artistry to a depth of depravity no singer had descended to before her.

She did our world incalculable damage in her day. Yesterday’s news shows she’s still doing it.

Before that, though, she was a neighbor, born at Mercy Hospital in Bay City, Michigan, where my mother worked for some time as a nurse, possibly even in 1958 when Madonna was born. An online Bay City “Madonna tour” features spots I remember well. The likelihood we ever crossed paths is virtually nil. Nevertheless this woman, two years younger than I, whose life and values and purpose are so different than mine, is also one who enjoyed Caris’ Red Lion Restaurant downtown, St. Laurent’s Nut House on Water Street, and Bay City State Park, just as I did in those years.

Her family moved south, near Detroit, when she was five years old. Still she spent weekends, vacations, and holidays at her original Bay City home — still her grandmother’s house — just two miles from my high school, as the crow flies. It was in the part of Bay City called Banks, a name that had nothing to do with savings or loans. The neighborhood was almost entirely residential. It was also the one part of Bay City everyone avoided after dark if they could help it. Madonna didn’t remain there, but she came from there.

Maybe that had some effect on her later decisions. I don’t know. It gives me some slight sense of where she came from, though. I wonder what most people would do with that much talent, that much potential fame and power, and a rough background to shake off in their psyches.

I never met her, yet to that degree she was a neighbor. Chances are good that you, too, share history with some person you would now call a cultural, religious, or ideological enemy. Please don’t shrink from that word: We really do have enemies. Not just military enemies in other lands, but neighbors or former neighbors who’ve pitted themselves against the truth and goodness of Christianity, against sane morality, against sound political policy, and more. (Madonna fits pretty much all those categories, Collins maybe just one.)

Perhaps you think there’s something unloving about calling someone your enemy. But it’s hard to follow Jesus’ command to love our enemies if we won’t admit we have any.

Not only that, but the word is completely biblical. Would it surprise you to know that it’s the second most-frequent theme in the Psalms? Praise for God tops the list by far — it’s in all 150 psalms except (arguably) Psalm 137. From my own count, though, I’d say “enemies” must come in second on the list: The topic shows up in about 90 of them. Perhaps you think there’s something unloving in calling someone your enemy. But it’s hard to follow Jesus’ command to love our enemies if we won’t admit we have any.

My Enemy, My Neighbor

It’s harder yet if we forget we all share something in common. It might be a shared moment in our life’s histories, as it is for me with Francis Collins and Madonna. If not that, it’s at least our shared humanity. We’re in this mess together. We have different experiences of that mess, and undeniably some people add to it by denying or even opposing the way, the truth, and the life God by which wants to bring us out of it. Still we’re all human. The Father “makes His sun rise on the evil and on the good, and sends rain on the just and on the unjust.” (Matthew 5:45b). We’re in it together.

These thoughts come to mind as I re-read Jesus’ teaching on the Good Samaritan. I think He wanted us to remember our enemies aren’t just enemies. They’re neighbors, too. On the one hand that’s cause for concern: The closer a person lives, the more damage he can do if he’s so inclined. On the other hand it’s a good reminder that Jesus calls us to love them.

“You have heard that it was said, ‘Love your neighbor But I tell you, love your enemies and pray for those who persecute you, that you may be children of your Father in heaven.”

Let’s Take Back the Word ‘Hate’ From the Left