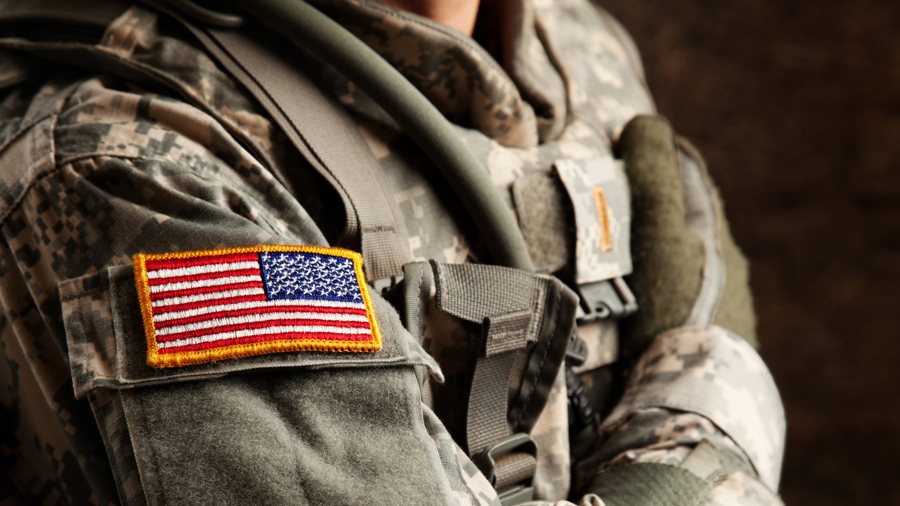 As the nation heads into Memorial Day weekend, a lot of our troops are thinking about the fallen. But some of them are mourning something else: the US military they knew. In just four months, the culture of our fighting force is changing — and fast. Under Joe Biden, one of the last bastions of American patriotism is on a collision course with a radical Marxist agenda that isn’t just threatening our servicemembers — it’s threatening us.

The Culture of Our Fighting Force is Changing

In a matter of weeks, the military has been pumped full of propaganda — everything from Critical Race Theory to transgender extremism. And the shift has taken its toll. After January 6, the riot that Biden is using to excuse this indoctrination, our men and women in uniform have been subjected to all kinds of politically-correct training. Ever since Donald Trump left office, the idea of actual warfighting seems to have taken a backseat to the Democrats’ real goal: destroying the country from the inside out.

Ever since Donald Trump left office, the idea of actual warfighting seems to have taken a backseat to the Democrats’ real goal: destroying the country from the inside out.

The Pentagon’s infamous “stand down” has only encouraged Biden’s extremists to stand up — and preach wokeness throughout the ranks. It’s a culture shift that isn’t just unpopular — it’s unwelcome, servicemembers say. It seemed “forced,” one Navy lieutenant told the Military Times. Others, like anonymous airmen, said they don’t normally complain, but questioned the “non-mission training.” At the Washington Navy Yard, civilians called the discussion “rudderless.” “One of the older guys was sidetracked and kept saying stuff like, ‘What about the First Amendment?’ and, ‘I miss the days you could just talk to people,'” he wrote. And then there were all of the what-ifs. What if you want to go to a MAGA rally? Or talk about conservative politics on Facebook? Is that “extreme?”

Fanning the Flames of Divide

Under this administration, it certainly seems so. Other soldiers wondered openly why there was so much attention on January 6 and not on the deadly protests around the country. Meanwhile, the liberal media seems intent on fanning the flames of divide, insisting that the military is a hotbed of racism and discrimination — something the people actually serving dispute. But, as Rep. Chip Roy (R-Texas) reminded everyone on Washington Watch, this whole Leftist push isn’t rooted in reality. “This is all about advancing the Marxist ideology. [It’s] about [controlling] the mindsets of Americans.” “Look,” he said, “if you can break the back of the entrepreneurial spirit, the small businesses,” education, the military, “the ability of the American people to rise up and achieve, then you can have the tyranny and control of government over the minds of man.” That’s what this commander-in-chief wants. And he needs to infiltrate our schools and our troops to do it.

The only reason this administration is so intent on teaching Critical Race Theory, Senator Tom Cotton (R-Ark.) insists, is so it can rip apart our military at the seams. “Our military’s strength depends on the unity of our troops and the knowledge that America is a noble nation worth fighting for. Critical Race Theory teaches that race is a person’s most important characteristic, and that America is an evil, oppressive place.” Forcing commanders to preach that the country they’re serving is racist has already led — as the far-Left hoped it would — to more good men and women leaving the service.

FRC’s Lt. General Jerry Boykin (US Army-Ret.) can’t go anywhere these days without servicemembers telling him how disgusted they are. “I had a guy call me from Kuwait last week and he said, ‘As soon as I get the last soldier out of here, I’m done. I’m not going to stay in this Army because of the social experiments that are taking place right now.’ I talked to a guy outside of Nashville, Tennessee. Ollie North and I were there, and we talked to him together, and he said, ‘My unit has asked me to start teaching this Critical Race Theory. And I’m not going to do it. That means I’m going to get out of the Army.'” It’s happening in all of the services. These are “Gestapo tactics,” Boykin warned. The Pentagon is actually encouraging people to turn people in — to snitch on the men and women they serve with if they think they’re an extremist (or the administration’s version of “extremist,” which is really just your run-of-the-mill conservative).

And the sad thing about it is, Boykin went on, “all this is doing is driving a wedge between members of the military. And there’s nothing more important on the battlefield — not weapons, not the technology — [than] the cohesion and the morale of those men and women who are out there fighting. They make the difference. That’s how you win on the battlefield.”

But then, Rep. Mark Green (R-Tenn.) insists, Biden isn’t interested in winning on the battlefield. He’s interested in raising an army of social justice warriors. And he — along with Rep. Dan Bishop (R-NC), Cotton, and others — are doing everything they can to smoke out these dangerous trainings and policies and kick them out of the military. Cotton’s bill (the companion to Roy and Bishop’s in the House) would outright ban Critical Race Theory from the ranks. Green’s legislation would aim to tear it out at the roots — in the service academies.

“They want to weaken our military,” Boykin insisted. And maybe some of you are thinking — that doesn’t make sense. “Well, it doesn’t make sense to you and me, but it does if you’re a Marxist… It makes sense if you want to reduce the readiness of our military so that there is no propensity, no desire to use our military again.” Marxists want a one-world government, he warned. And our troops are in their way.