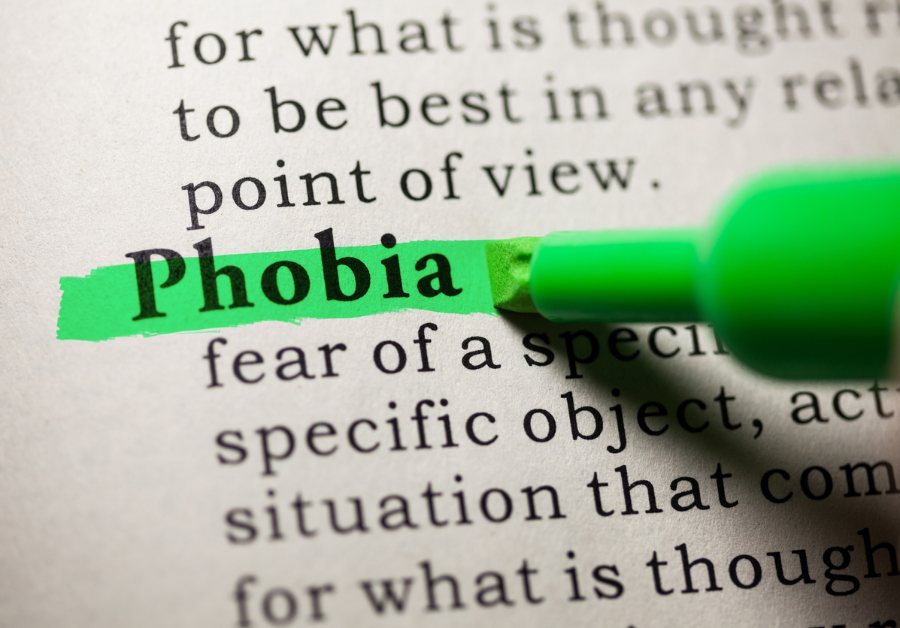 “Phobia” was originally a term for art within the field of psychology. It means irrational fear. So, one can be afraid of enclosures (claustrophobia) or of public spaces (agoraphobia). Or you can be afraid of heights (acrophobia), as I am. But for some time now, the term “phobia” has been weaponized by some activists and critics in order to replace rational argument and to demonize opponents. This trick should be uncovered, since it poisons political discourse and lowers our national IQ considerably.

It’s Not a Phobia

It is not homophobic to stand for and defend marriage as being between a man and a woman. To hold this view does not entail an irrational fear that homosexuals will try to outlaw heterosexual marriage. That would be irrational. However, if you fear that any and every homosexual is a pedophile, that is an irrational fear, a phobia if you will. But having a traditional position on marriage — and on the wrongness of sexual activity outside of traditional marriage — is not a phobia. It is, rather, a moral position that can be reasonably discussed. Further, disagreement over this moral issue need not generate hatred on either side. The classic American idea of tolerance is that citizens can agree to disagree, agreeably. Of course, that takes rationality and self-control, two virtues in short supply in the current political culture.

During the confirmation hearings for Dr. Rachel Levine on February 25, Senator Rand Paul’s question to Dr. Levine about whether young children have the right to change their biological sex even apart from the permission of their parents was not “transphobic,” as many are saying. Senator Paul’s query to the person nominated for the position of Assistant Secretary of Health was a legitimate moral question, and one which Dr. Levine (a transgendered woman) refused to answer since Levine’s position is extreme and controversial: Levine believes that young children should have the legal right to radically alter their bodies even before puberty and even against the wishes of their parents.

For some time now, the term “phobia” has been weaponized by some activists and critics in order to replace rational argument and to demonize opponents.

If you think that all transgendered people are Satanists or Communists, then that is an irrational fear, a phobia. But to claim that gender is biologically and divinely given — and not a matter of choice, however persuasive the surgeries and chemicals may be — is not transphobic. That claim may be right or wrong. Why not call disputes about these issues “matters of opinion that are up for debate?” If we did, the political and cultural atmosphere would be less toxic and more open to civil discussion. For those who would like to explore this matter calmly and without name-calling, I recommend the book, Irreversible Damage: The Transgender Craze Seducing Our Daughters by Abigail Shrier.

To put on my philosopher’s hat (which I never take off), the invocation of various “phobias” in order to demonize opponents commits at least three logical fallacies. First is “argumentum ad hominem” — or argument against the person, not the issue. Instead of rationally arguing for or against a position, you insult the person who holds the view. Even if the person holding the view is terrible, the view itself needs to be addressed as true or false to reality.

A second fallacy is called “poisoning the well,” which is committed when you tar everyone holding a particular view with a negative label. Viewed from this angle, everyone who questions same-sex marriage or has any beef with transgenderism is phobic in one or more ways. Once the diagnosis is made, the issue is settled — except that it isn’t.

The third fallacy is called “begging the question” and simply assumes a particular position but never gives any arguments in support of that idea. Thus, one may assume without evidence or argument that allowing young children to change genders without their parent’s permission is good. Since no argument need be given, one is then free to attack the character of anyone who holds another view, accusing them of a number of phobias or other faults.

A little logic goes a long way, and a lot of fallacies debauch a lot of discourse. Let’s leave real phobias to the psychologists, counselors, and their patients instead of inventing new ones to disparage our political opponents.