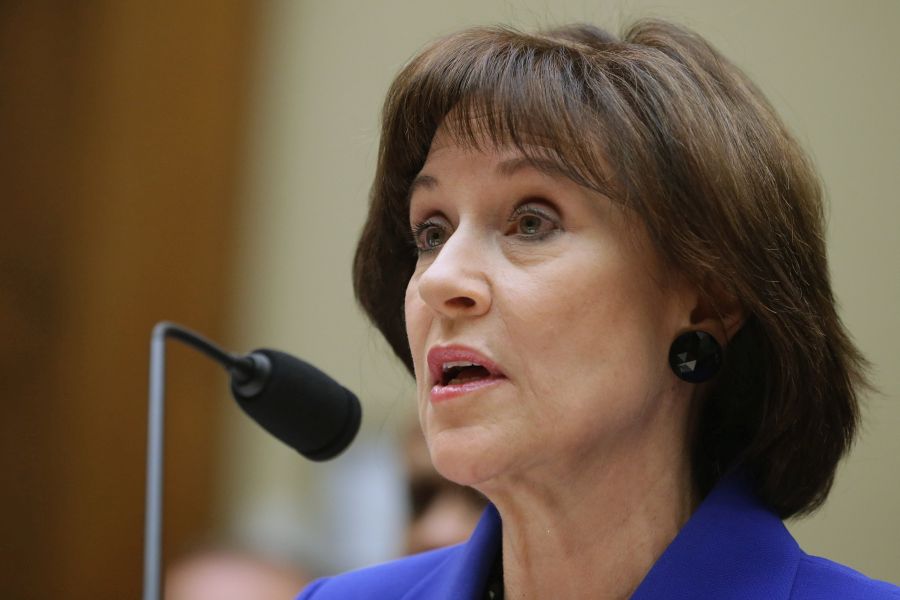 Former IRS official Lois Lerner takes the Fifth during a 2014 hearing on the IRS targeting of Tea Party, conservative and religious groups.

“The section’s attorneys expressed concern that certain section 501(c) organizations are actually political committees ‘posing’ as if they are not subject to FEC law, and therefore may be subject to criminal liability,” reads the memo from IRS Exempt Organizations Tax Law Specialist Siri Buller to top IRS officials.

Lerner, who was forced out of the IRS in 2013 amid a scandal that the IRS was targeting conservative groups, and her top aide Judy Kindell, explained to DOJ and FBI officials that “although we do not believe that organizations which are subject to a civil audit subsequently receive any type of immunity from a criminal investigation, she will refer them to individuals from [Criminal Investigations] who can better answer that question.”

“[Lerner] explained that we are legally required to separate the civil and criminal aspects of any examination and that while we do not have EO law experts in CI, our FIU agents are experienced in coordinating with CI,” according to the memo. “The attorneys asked whether a change in the law is necessary, and whether a three-way partnership among DOJ, the FEC, and the IRS is possible to prevent prohibited activity by these organizations.”

Judicial Watch says another document shows that just prior to the October 2010 meeting the IRS began giving the FBI confidential taxpayer information on nonprofits. The document obtained by Judicial Watch says the IRS gave the FBI some 21 disks with 1.25 million pages of taxpayer records.

“These new documents show that the Obama IRS scandal is also an Obama DOJ and FBI scandal,” Judicial Watch President Tom Fitton said in a statement. “The FBI and Justice Department worked with Lois Lerner and the IRS to concoct some reason to put President Obama’s opponents in jail before his reelection. And this abuse resulted in the FBI’s illegally obtaining confidential taxpayer information. How can the Justice Department and FBI investigate the very scandal in which they are implicated?”

These new documents come after a previous release of IRS documents by Judicial Watch which showed Lerner communicating with the DOJ in May 2013 about whether to follow a suggestion made by Rhode Island Democratic Sen. Sheldon Whitehouse earlier that year to prosecute nonprofits that seemingly made false statements about their political activities.

“I got a call today from Richard Pilger Director Elections Crimes Branch at DOJ … He wanted to know who at IRS the DOJ folks [sic] could talk to about Sen. Whitehouse idea at the hearing that DOJ could piece together false statement cases about applicants who “lied” on their 1024s — saying they weren’t planning on doing political activity, and then turning around and making large visible political expenditures.” Lerner wrote in a May 8, 2013 email to the chief of staff for Acting IRS Commissioner Steven Miller.

“DOJ is feeling like it needs to respond, but want to talk to the right folks at IRS to see whether there are impediments from our side and what, if any damage this might do to IRS programs. I told him that sounded like we might need several folks from IRS,” Lerner wrote.