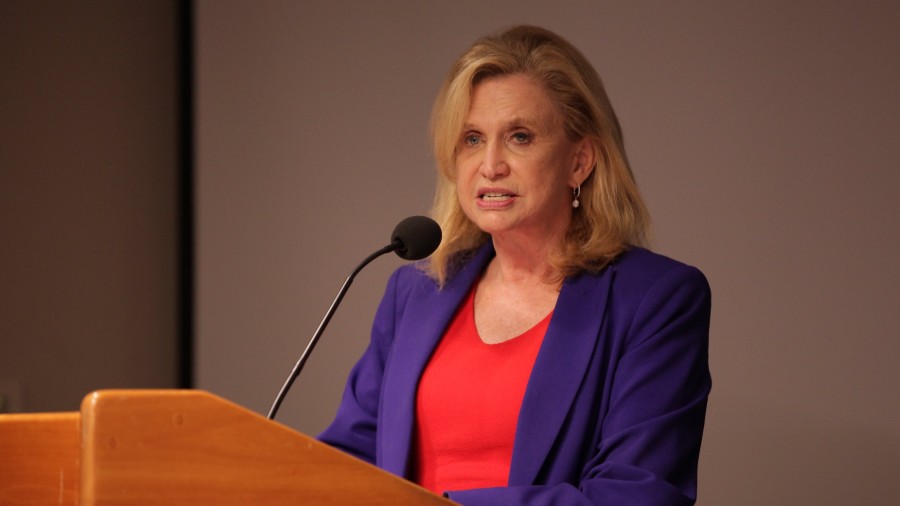 Longtime Rep. Carolyn Maloney, D-N.Y., appears to have eked out a victory in the June 23 primary, but her challenger has not conceded the race.

The more than 84,000 mail-in ballots that were disqualified in the June 23 primary in New York — where two congressional nominations were just decided this week — underscore prospective problems posed by the universal mail-in voting being called for by liberal politicians for the November elections in response to the COVID-19 pandemic.

The massive problems with the primary in New York’s 12th Congressional District raise alarms over the prospects for a debacle on a multistate level, not only in the presidential election, but in Senate and House races, governorships, and other elected offices as well.

“If ballots aren’t promptly processed, it could lead to a legal showdown in November,” Jason Snead, executive director of the Honest Elections Project, told The Daily Signal. “It could certainly set things up for a contested election in November. This is going to be a big problem, especially for whichever party loses.”

The New York primary on June 23 had more than 10 times as many absentee ballots cast as in a normal primary, The New York Times reported. That came after New York Gov. Andrew Cuomo issued an executive order directing the state to send out absentee ballots with prepaid postage (covered by state funds) on the envelopes to make it easier to vote by mail.

On Wednesday, longtime Rep. Carolyn Maloney, D-N.Y., declared victory in her primary contest in New York’s 12th Congressional District against progressive insurgent challenger Suraj Patel, who hasn’t conceded the race and is litigating to get the votes counted.

Wow. Over 84,000 New Yorkers did not have their voices heard in the June 23rd primary — many due to no fault of their own.

On this 55th anniversary of the Voting Rights Act, we as New Yorkers must commit to fixing this. Who’s with me?! https://t.co/qTfeP6ySCv

In the neighboring 15th Congressional District, New York City Councilman Ritchie Torres was certified the winner in a 15-candidate Democratic primary to fill the seat of retiring Rep. Jose Serrano.

The New York City Board of Elections received 403,103 mail-in ballots for the primary, but counted only 318,995, leaving 84,108 — or 21% of those votes — uncounted, The New York Post reported Wednesday. The Post described the election as a “mess.”

Some of those votes were not counted because the prepaid ballot envelopes were not postmarked. In other cases, people didn’t add their signatures. Patel complained that ballots were disqualified if the envelopes were taped shut.

New York City officials said in federal court they were still mailing ballots the day before the election.

Even New York City Mayor Bill de Blasio, a Democrat, said the city’s Board of Elections “can do better and must do better,” adding: “I am certain they can learn from this and be prepared for the general election.”

This comes on the heels of another problem, also in the Northeast, where 1 in 5 votes in May 12 municipal elections in Paterson, New Jersey, were disqualified amid allegations of voter fraud and voter intimidation — also tied to the all-mail balloting.

“There was a massive increase in mailed ballots, but not the proper resources to prepare for it,” Snead said of the New York primary on June 23. “There is a general lack of capacity in states dealing with so many absentee ballots, and an inability of many states to build the capacity for mail-in voting.”

In 2000, the presidential vote was so close in Florida between candidates George W. Bush, then governor of Texas, and then-Vice President Al Gore that it led to 36 days of recounts and court battles before Bush won the state’s electoral votes and the presidency.

Snead is concerned about the prospects for a repeat of that — and not just in the presidential race. That, he said, would be even more damaging for the country today.

“One thing distinct about 2020 from 2000 is that things are more contentious and more divided now,” he said. “There is far more partisan animosity.”

“It took six weeks to count ballots in a primary” in one congressional district, von Spakovsky, now a senior legal fellow at The Heritage Foundation, told The Daily Signal. “So, imagine what could happen in November. This could be the largest voter disenfranchisement and longest wait for a presidential election outcome in history. This could dwarf what happened in Florida in 2000.”

The New York election demonstrates all the vulnerabilities that could occur if we switch to an all-mail-in election in November, or if there is a huge increase in absentee voting.