The Numbers That Show Planned Parenthood is About Abortion, Not Women’s Health 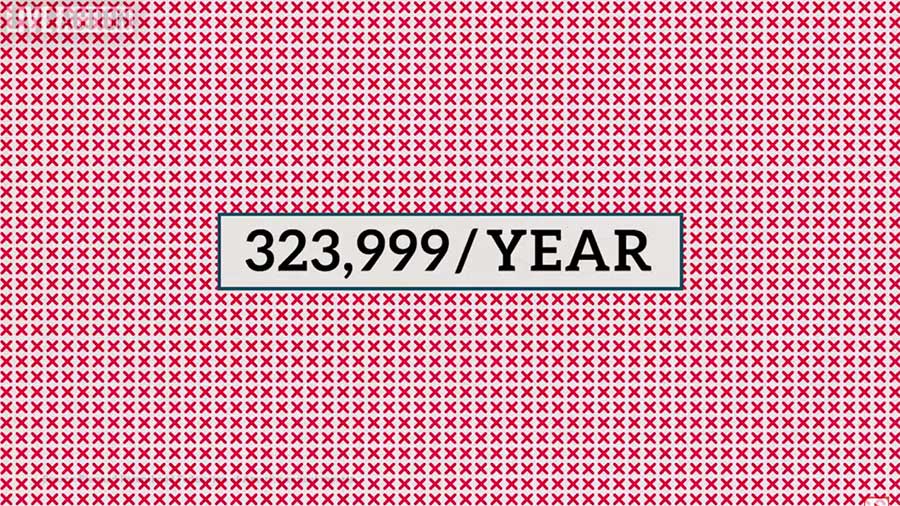 As Planned Parenthood looks to spend a record $30 million this fall to influence the November elections and keep its taxpayer funding flowing, Live Action has released a new online tool pro-lifers can use to help counter the kind of propaganda $30 million can buy.

Live Action’s new 3 Percent Abortion Myth video dispels one of Planned Parenthood’s greatest myths — that abortion only makes up 3 percent of its services.

In order to justify its half-billion dollars in annual taxpayer funding, Planned Parenthood downplays its abortion numbers by falsely claiming that abortion only makes up three percent of its business — and instead plays up its cancer screenings and so-called “women’s health care.”

In fact, Planned Parenthood is so focused on abortion that it aborts 160 children for every one child it refers out for adoption (it doesn’t do adoptions itself). If a woman with an unwanted pregnancy goes to Planned Parenthood, that child is 160 times more likely to be poisoned or dismembered than to be put up for adoption to a waiting family.

Live Action’s new motion graphics video not only shows that Planned Parenthood’s market share of abortions dwarfs its share of cancer screenings, it also illustrates how Planned Parenthood calculates its ridiculous 3 percent statistic to deliberately mislead the public and downplay its abortion business. The figure is derived by dividing the number of abortions it does by the total number of services it provides, counting a $10 pregnancy test or a pack of condoms the same as a $500 abortion.

Even The Washington Post and Slate have called out the abortion corporation for its deception.

Three percent is a hugely important figure to understand, because Planned Parenthood and its allies in Washington, Hollywood, and the media often use it to dismiss its critics as well as taxpayers who object to being forced to support the abortion chain with hundreds of millions of dollars each year. Three percent is not a real number, but over 320,000 abortions a year and a 30 percent market share of all U.S. abortions are.

Planned Parenthood by the numbers:

Planned Parenthood is spending more than it ever has — and double what it spent in 2012 — to influence this November’s election. Citizens have a right to know the truth about an organization that has a hold on the media, our elected leaders, and our wallets.