Not Secular, Not Religious, but Christian 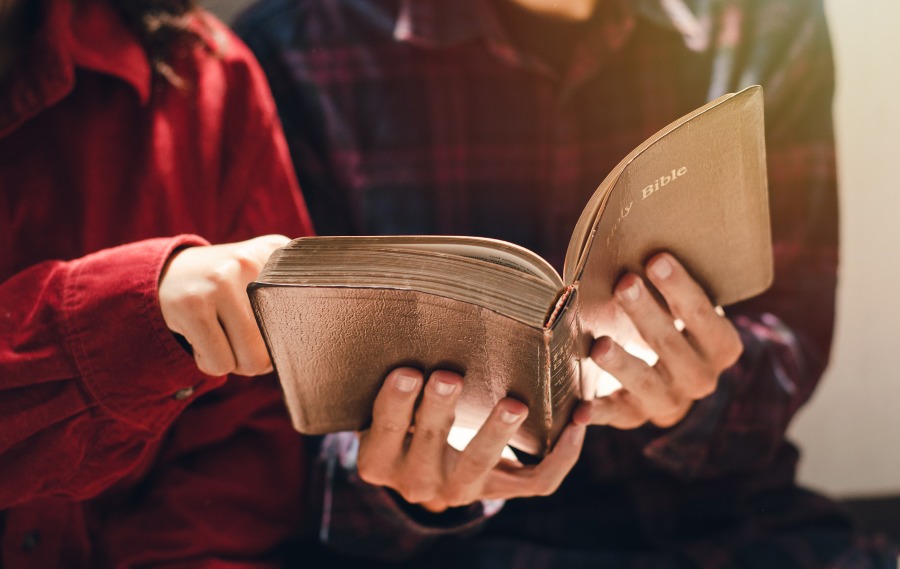 “Have you noticed,” said my wife, “that almost all of the new Christmas letters we’ve gotten from our Christian friends make no mention of Jesus and his coming?”

I noticed and I confess that often our Christmas missive has followed the same pattern — us, our son and his wife, the grandkids — though we also add something about the nativity of our Lord at the end.

Not that I’m advocating turning chatty seasonal notes into theological treatises or sermons. We want to hear the family news. Weddings, births, children’s success stories, moves, job changes — all these bring friends closer and give us fodder for prayer and thanksgiving.

But I do wonder if those letters reflect how sadly religious and secular we’ve all become.

In 1973, Eastern Orthodox theologian Fr. Alexander Schmemann published For the Life of the World, a book based on lectures he delivered ten years earlier. Most of what he says could have been written last week.

“Whatever the achievements of the Christian mission in the past,” wrote Schmemann, “today we must honestly face a double failure: the failure to achieve any substantial ‘victory’ over the other great world religions, and the failure to overcome in any significant way the prevailing and the growing secularism in our culture.”

Nearly five decades after he wrote that, who can deny it. The very phrase “any substantial ‘victory’ over the other great world religions” makes most of us cringe — even if “victory” is in quotes. Who are we to encourage people to exchange their religion for ours?

As to secularism, philosopher Charles Taylor notes in A Secular Age that we have moved from being “a society in which it was virtually impossible not to believe in God, to one in which faith, even for the staunchest believer, is one human possibility among others.”

And you immediately say, “But Christianity is the most helpful!” From Schmemann’s point of view, you are stating not the solution, but summing up the essence of the problem.

Taylor goes on, “I may find it inconceivable that I would abandon my faith, but there are others, including possibly some very close to me, whose way of living I cannot in all honesty just dismiss as depraved, or blind, or unworthy, who have no faith (at least not in God, or the transcendent). Belief in God is no longer axiomatic. There are alternatives.” He might have added — as Schmemann does — that many of these alternatives are, in fact, helpful.

And you immediately say, “But Christianity is the most helpful!” From Schmemann’s point of view, you are stating not the solution, but summing up the essence of the problem.

Religions arise because they are helpful. They help organize society. They help with social coherence and unity. They help men and women with the losses and sufferings of life and with the looming fact of death.

Christianity has long been classified as a “world religion” along with Islam, Buddhism, Hinduism, and all the rest. We’re all here to help and, as Taylor noted, “There are alternatives.”

Witnesses to the Truth

Schmemann is careful not to discount the alternatives including the secular alternative which he is careful to distinguish from atheism. Rather, Schmemann writes, “Secularism is a religion because it has a faith, it has its own eschatology and its own ethics. And it ‘works’ and it ‘helps.’ Quite frankly, if ‘help’ were the criterion, one would have to admit that life-centered secularism helps actually more than religion.” Think of the many people you know who have walked away from Christianity to something they find more “helpful.”

Our calling in this world is not to be helpful, but to be witnesses to Christ and his Kingdom. And, as you may know, the Greek word for witness is “martyr.”

While Schmemann doesn’t mention this, it occurs to me that for Christians like St. Agnes, whose feast is January 21, Christianity was profoundly unhelpful and worse than useless. As a direct result of her faith in Christ, she was executed — a martyr at twelve years old.

Christianity is unhelpful and useless to Christians in Muslim countries, in China, in North Korea, in Sudan, and other places where they’re persecuted, prosecuted and at times killed.

Wasted lives? Or bright and necessary witnesses to the truth about God, God’s love, human beings and the entire cosmos?

“A Christian, “Schmemann concludes, “is the one who, wherever he looks, finds Christ and rejoices in him. And this joy transforms all his human plans and programs, decisions and actions, making all his mission the sacrament of the world’s return to him who is the life of the world.”

Remembering that can even transform next year’s Christmas letters.