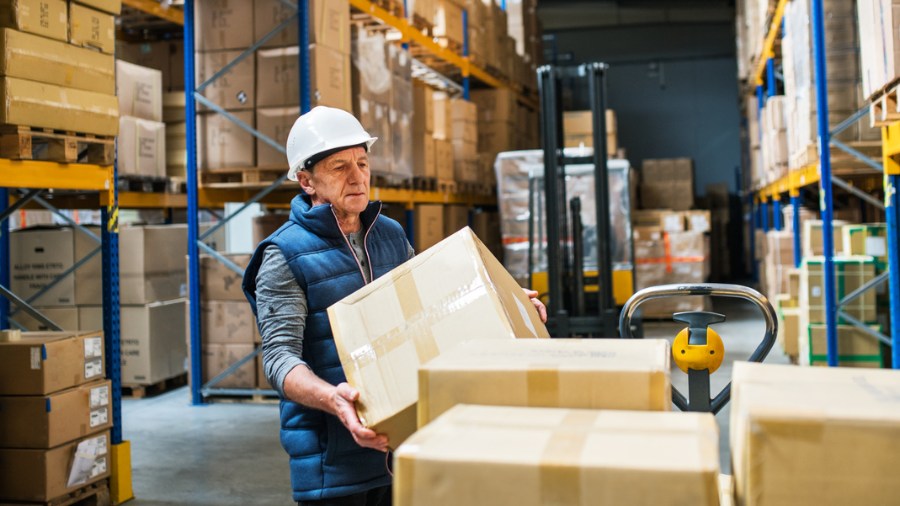 Before lawmakers left for August recess, the Democrat-controlled House voted to raise the federal minimum wage to $15 an hour.

Such a move would backfire in a major way if passed into law. It would hurt lower-skilled individuals the most, including teenagers, immigrants, and those without a high school degree. And women, who hold more low-wage jobs than men, would be hurt the most, accounting for more than 60% of the resulting lay-offs.

The push for new wage mandates comes at a puzzling time: We are in the midst of a record economic expansion in which workers in lower-wage jobs are seeing their wages grow faster than many high-wage workers.

This is no mere blip on the screen. It’s an ongoing trend, as the July jobs report shows.

Average wage growth has been above 3% for the last 11 straight months. Meanwhile, the lowest 10th percentile of wage earners (people making about $12 an hour) have benefited from more than twice that gain in wages — a 6.6% wage increase over just the last year. That’s equivalent to a roughly $1,500 raise for someone earning less than $25,000 a year.

Some are now claiming that minimum wage increases at the state level are responsible. One short study, which was repeated in the pages of The Washington Post, shows that states with minimum wage hikes since 2013 have seen faster wage growth for low-wage workers.

Not so fast. There are some serious problems with this study.

For one, many states that increased their minimum wage also instituted pro-growth reforms during the same time. New York, for example, improved its business climate in 2014 by cutting its corporate tax to its lowest rate since the 1960s. Missouri; Arizona; Washington, D.C.; Minnesota; and Maine are all among the states that cut taxes during this time period while also raising their minimum wage.

There is now ample evidence that pro-growth policies, like business tax cuts, fuel wage growth and new hiring. Research on the minimum wage tells the opposite story: one of job loss and wage stagnation.

The economic fact is that when the government forces businesses to pay an employee a mandated hourly wage, businesses are left with few options: Cut hours, lay off workers, or reduce benefits — or some combination of these.

Most often, businesses are forced to cut jobs, which is why the Congressional Budget Office found that raising the minimum wage to $15 an hour could lead to over 3.7 million workers losing their jobs.

A 2011 study from The Heritage Foundation painted an even bleaker picture, finding that this policy would force 7 million Americans out of work.

Economists have documented the significant negative impact of Seattle’s decision to raise the minimum wage to $13 an hour. That decision resulted in a drop in employment across the city. Workers who retained their jobs ended up working fewer hours, resulting in a net income loss.

If history is any guide, minimum wage increases lead to slower rather than faster wage growth.

A 2015 study found that workers in states with small increases in the minimum wage from 2005-2008 ended up with lower wages than they would have had if the state never increased its minimum wage. The minimum wage hike achieved the exact opposite of its goal.

This happens, in part, because minimum wages shrink the number of jobs available, meaning there are equally qualified workers competing for fewer jobs. Workers who are lucky enough to retain their job see slower wage growth than they would have otherwise because the job market is full of people who can easily replace them.

Minimum wages also have been shown to incentivize low-income youth to drop out of school, which lowers their future earnings. And, they cut off employment opportunities entirely for workers who cannot yet produce the minimum wage.

At $15 per hour, workers must be able to produce upward of $35,000 per year. That’s a high bar for anyone just starting out and especially high for teenagers trying to get their first job, perhaps to save for college.

A study on the long-run effects of minimum wages found that the longer individuals were exposed to higher minimum wages at young ages, the less they worked and earned by their late 20s. The study also noted that “the adverse longer-run effects are stronger for blacks.”

It may be true that some minimum wage hikes raise wages for a few lucky workers, but it comes at the expense of layoffs and shorter hours for others.

Workers have much more to gain from sustainable wage increases, and so do employers and customers, since both groups want better performance from workers.

Our economy is currently booming, and a key feature of that is the strong job market. There are now over a million more jobs available than people looking for work. Employers are offering wage increases, bonuses, new training opportunities, and better benefits to retain and upskill their best employees.

Employers are competing for labor. That puts workers in the driver’s seat, allowing them to demand higher wages and better benefits.

Moreover, productivity is a major leverage point for workers. When workers are more productive, they bring more value to the company and can therefore demand higher wages.

The current economic environment has benefited from two things: the 2017 tax cuts and ongoing deregulation. These policies are making American workers more productive.

The 2017 tax cuts significantly lowered the cost of new investment by cutting the corporate tax rate and allowing companies to write off the full cost of many new investments from their taxes. Now, companies have a greater incentive to re-invest their profits into the tools and research workers need to be more productive employees.

And, as workers become more valuable through increased productivity, they are empowered to demand higher wages.

But these tax cuts need to be made permanent to ensure workers continue to experience benefits they currently enjoy.

The United States’ record-long economic expansion has helped lower-income workers the most, and the whole gamut of pro-growth policies have helped prolong the current expansion. These gains are impressive despite the economic uncertainty exacted by President Donald Trump’s tariff policy and our ever-expanding federal debt, which must be addressed.

Congress should not tempt the resilience of the American economy by mandating a higher federal minimum wage. Lower-wage workers are feeling a boon like no other in recent memory. The last thing we should do is bring it to a premature end.