No, Trump and Boxer: Carly Fiorina Saved Jobs, Lots of Them 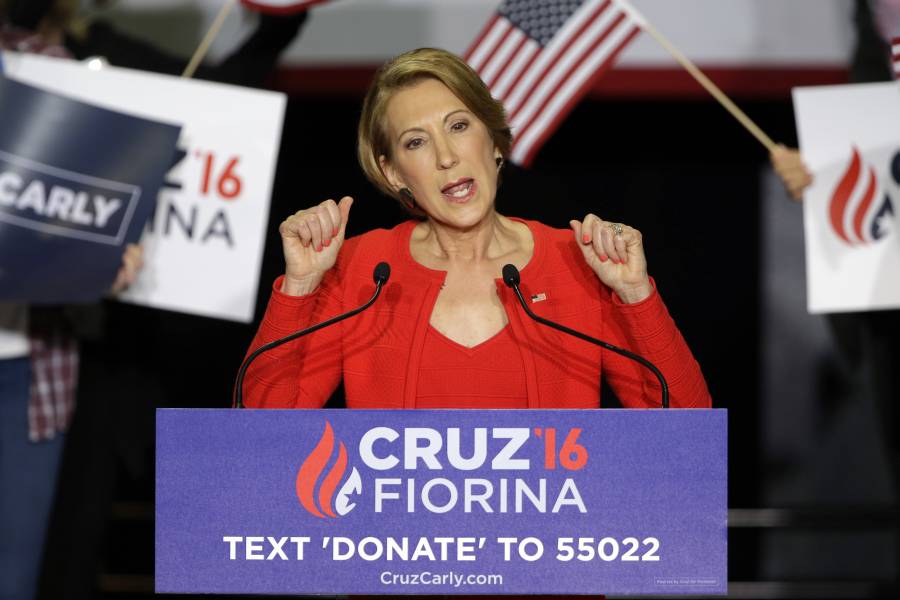 The news had barely flashed on Twitter that Carly Fiorina had been selected to be Ted Cruz’s potential running mate when California’s Democratic Senator Barbara Boxer came out firing.

“The most accurate description of that team would be: mean and meaner,” Boxer told reporters in a conference call, “He wants to ship immigrants out of America, and she has already shipped jobs out of America.”

“I would predict, actually, that this Fiorina merger will be just as successful as her last one at HP,” she said.

It was a theme Boxer played to great effect in their 2010 Senate battle. Fiorina as the cold, rich Cruella who laid off 30,000 workers at Hewlett-Packard while walking away with $20 million severance. Boxer flooded the airways with ads featuring the downsized workers vetting their anger at their former CEO. Fiorina was painted as California’s worst, greediest villain since the bad guys in The Mark of Zorro. Boxer won re-election by 10%.

So it’s no wonder she’s playing the same tune now, with California set to play a crucial rule in the GOP race. It’s a tune Trump knows well, having called Fiorina’s stint at HP a “disaster” … when he wasn’t busy insulting her face. He claimed in a debate Fiorina’s management “led to the destruction of the company.”

However, Trump’s definition of “destruction,” like Boxer’s portrait of the Evil Layoff Queen of Silicon Valley, is as distorted as his pronunciation of “Tanzania.”

Even with the layoffs, as CNN Money reported last year, “HP and Compaq had a combined 148,100 employees just before she was hired in 1999 and 150,000 by the time she was fired.” Not incidentally, one of those guys who helped get her fired, former HP board member Tom Perkins, endorsed Fiorina last year, saying it was a mistake to have gotten rid of her. In a full-page ad in the New York Times, Perkins wrote:

Carly did what she was brought in to do: turn the company around and make it successful again. Not only did she save the company from the dire straits it was in, she laid the foundation for HP’s future growth.

Critics often claim Carly was fired at HP because she was unsuccessful. As a member of the board, I can tell you this is not true. In truth, it was the Board I was a part of that was ineffective and dysfunctional.

Neither Perkins nor the new employees made it into Barbara Boxer’s ads or new round of insults. And of course, this from a politician whose greatest contribution to job growth has been in the number of moving company employees needed to help the mass of people and businesses fleeing her state.

HP’s stocks did take a 55% hit during Fiorina’s time at the helm.  But as NPR said in its fact check of Trump’s debate claim:

In her defense, Fiorina notes that her tenure was a wrenching time for the whole industry — the tech bubble had just burst, and while HP continues to struggle, many other iconic companies from that period went out of business altogether.

Something Trump knows a little something about. (Speaking of which, amid the hoopla of Tuesday’s primaries a New York court ruled the fraud case against his Trump University will go to trial, perhaps in the middle of the fall campaign.)

While one may hesitate to use Obama’s dubious language of jobs “saved or created,” the fact remains that Hewlett-Packard survived when many of its competitors didn’t. That’s 150,000 people who didn’t make it into a Barbara Boxer ad, but did continue making a paycheck.

Why does any of this matter? After all, Fiorina left HP in 2005. That’s 11 years ago. The same year Bill and Hillary were partying at Donald & Melania’s wedding. She’s not even running for president anymore. She’s the VP pick for the guy who’s nearly 700 delegates shy of the prize. Donald Trump says her stepping up to join Cruz is a “pure waste of time.”

But too many strange things have happened in this campaign to assume strange things won’t keep happening. A win in Indiana for Cruz. The Big Mo moving in Cruz’s direction. Then a convention deadlocked, ballot after ballot. Some weary soul suggests, “What if Ted and Carly flip the ticket?”

Finally, and less fancifully, the truth matters, regardless of the year or the delegate count. And the truth about Fiorina’s record of leadership should be told when someone attacks and distorts that record.

And speaking of truth, how can Barbara Boxer describe as “mean” a woman who’d do this during what is likely the most watched and most important speech she’s ever given: