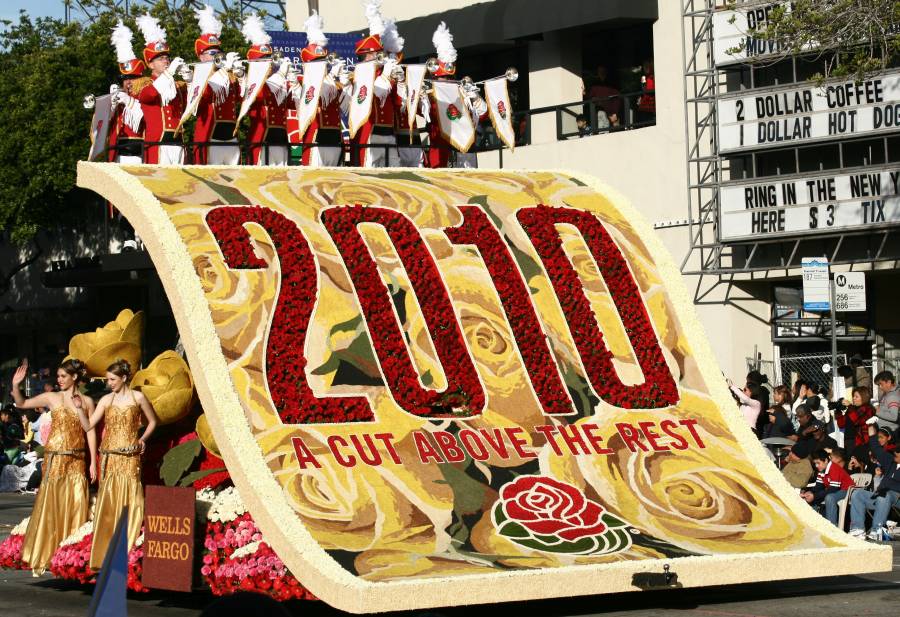 The historic New Year’s Day Tournament of Roses Parade has been cancelled. Four-and-a-half months in advance. With COVID-19 vaccines in phase three trials. With successful therapeutic treatments being worked out every day. With death rates dropping to the point where COVID could soon cease to qualify as an epidemic under CDC rules. With masks plastered on everybody’s faces supposedly blocking the virus. With Florida’s health department dramatically inflating the numbers in some cases 10-fold helping keep the media narrative alive.

Nonetheless, despite being paired with the granddaddy of college football bowl games, organizers are not even going to give it the ol’ college try. (Oddly enough, the Rose Bowl football game itself is still on.)

Sure, the Tournament of Roses Parade has been cancelled before. But it took Nazi Germany, Imperial Japan and Fascist Italy to do it. Now it takes just one slick-haired governor.

The Pasadena Tournament of Roses Association, which runs the parade, is tossing California Gov. Gavin Newsom under the float.

“In accordance with Governor Newsom’s Phase IV re-opening schedule, and after thoughtful consideration of the restrictions and guidelines in place as a result of COVID-19, we are unable to host the 2021 Rose Parade,”  their statement reads.

The problem, they say, is preparations for the New Year’s tradition usually begins in February. “In addition to the advance planning required by our band and equestrian units, the construction of our floats takes many months and typically requires thousands of volunteers to gather in ways that aren’t in compliance with safety recommendations and won’t be safe in the coming months,” said David Eads, Executive Director/CEO.

In other words, regardless of what’s going on with the virus, the new burdens thrown down by Gov. Newsom are too strict to overcome. At least in time for New Year’s.

But are they?  Eads says high school bands that had been scheduled to participate haven’t been able to rehearse because of school shutdowns. You can get band units from states that aren’t under such draconian lockdowns. Rely more on military bands. Rely on America cutting the kids slack if they’re not note perfect.

Equestrian units? Are we really seeing a COVID problem with horses? Construction of floats? No one says they have to be the modern mega-elaborate mechanical concoctions we’ve grown accustomed to. Go old school if you must. 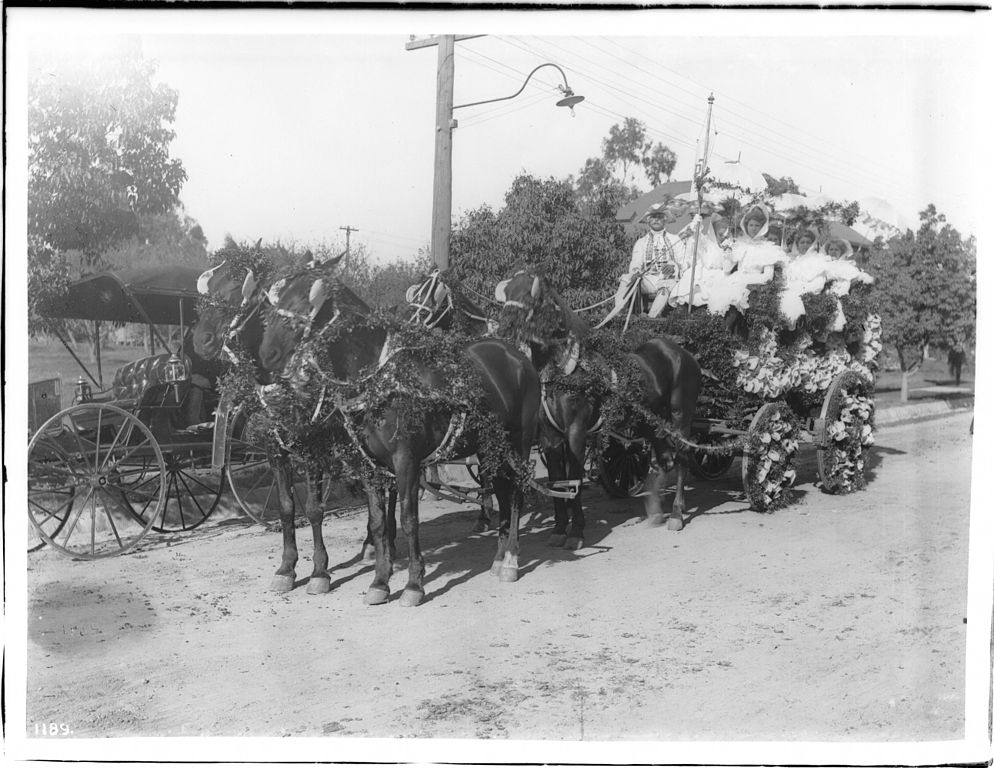 Horse-pulled float in the Pasadena Tournament of Roses parade, 1905

Volunteers? Yes, some volunteers traditionally get working on floats in the spring, but you don’t see throngs of volunteers putting the flowers and natural materials onto the floats until right before New Year’s. As for volunteers working the parade, Pasadena’s been doing the Rose Parade for over 130 years. They’ve got it down.

Of course, even if all else failed, they just could have made the theme “Black Lives Matter” and suddenly all health dangers would have disappeared.

Rose Parade CEO Eads said, “While we are extremely disappointed that we are unable to host the parade, we believe that not doing so will prevent the spread of COVID-19, as well as protect the legacy of the Rose Parade for generations to come.”

Eads did tell the Los Angeles Times the Tournament of Roses is looking to put on a televised event for worldwide viewers. It might be a snazzy production, but it won’t be the same.

Especially after the kind of year America’s had, and what is likely to be a very nasty, very violent fall, We could have used the chance to wake up New Year’s Day to the warm hope offered by the Rose Parade’s jaw-dropping kaleidoscope of colors and creativity, song and spectacle. After the darkness of 2020, we could have used that California sunshine.

The Tournament of Roses could have offered America a fresh bloom for the New Year. Instead it wilted.